10 THINGS MOST RENTERS FORGET TO CLEAN WHEN THEY MOVE OUT 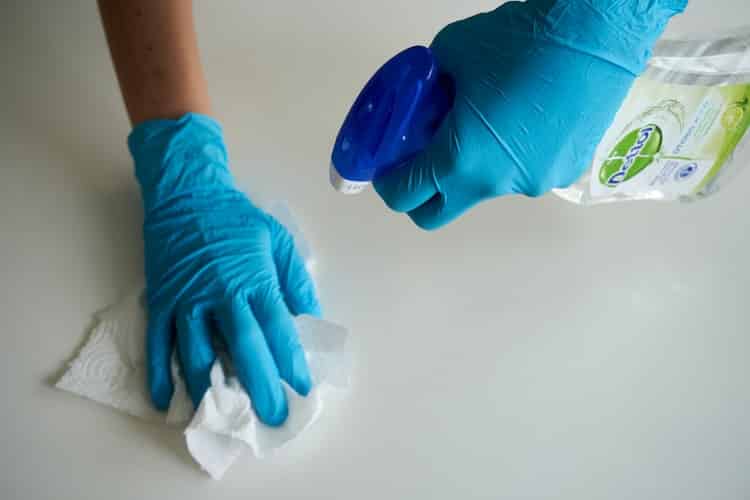 Some landlords/ladies complain about the dirty state of their apartments, which sometimes look like an aftermath of an indecent renter.

Might not necessarily be indecent, but it could be an unintentional error.

If you recently moved out of an apartment, check out 10 things you probably forgot to clean. You can also check Looyin Cleaning Services for your house cleaning.

DIRT ACCUMULATED WHEN PACKING: This is big work for those who move into the same apartment you just moved out of. They get the job of sweeping out specks of dirt which would have probably been accumulated when packing out.

HANDWRITINGS ON THE WALL: This occurs when you have little kids who literally write anywhere in your absence. Some write on the wall with chalks, crayons, and even paintbrushes. As a renter, you might have a chance to forget to clean it, because you'd perhaps be engrossed in other packing-out activities.

STAINS ON BATHROOM AND KITCHEN WALL TILES: It could be dried water stains; they leave an initially smooth wall in a very bad shape. It could also be soup stains; probably one that pops out of a boiling soup.

REFRIGERATOR STENCHES: No one would move into an apartment to meet a stinking refrigerator, especially one that some colorful water, juice, or soup frolick inside it. It is better to clean the refrigerator before moving out.

COBWEBS: This is massively seen in a home where weekly sanitation is not taken seriously. Apart from the fact that it is almost normal to meet some cobwebs when moving in, there are some uncleared cobwebs that hang around dark corners in the house.

DIRTY WINDOWS AND GLASS OPENINGS: Even when sweeping out dirt from the floor while packing out, these dirt rest on windows and some glass openings like doors and cupboards.

ALGAE: Algae surfaces in exterior places where there are plant and weed tendencies. It thrives on places with high water pH levels. It might be a topic for plant biologists but is definitely not a sight to behold for residential environments.

LIGHT SWITCHES, DOOR KNOBS AND HANDLES: Talking about possible infectious diseases, light switches, door knobs and handles, and other surfaces should be properly sanitized. However, a lot of renters don't feel it is necessary to do so, because it doesn't look like a big deal to them, since it has no effect on their health. These surfaces inhabit several stains by several hands that grab it.

SMOKE STAINS: These stains are aftermaths of a ferocious smoking session, a consistent smoking position or spot, or a non-standby generator. Not to mention the smoke that comes out of stoves and gas cookers when a pot isn't placed on it yet. Sometimes also, water vapours are accumulated at the top ceiling and they form a spot there. These blemishes are obviously darkish.

TOILET STAINS: This occurs in a home that obviously cleans the toilet once in two or three months. The consequence is that the toilet seat and some other corners change colours. It turns yellowish and sometimes brownish.

How to Properly Use a Chef Knife...

Opt for a Subway Tile Backsplash for Your Next...