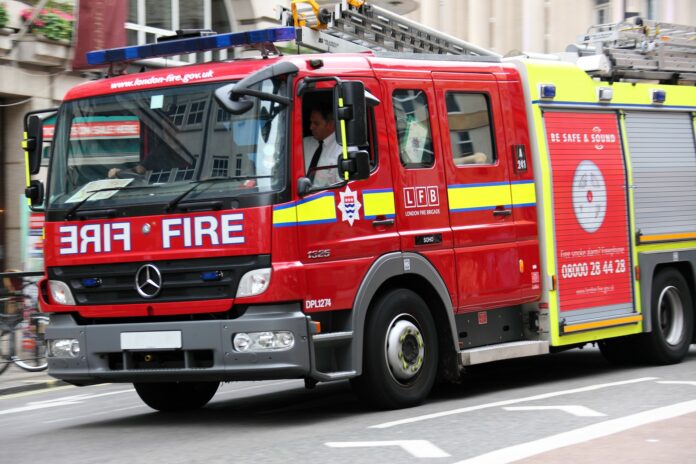 Automatic fire sprinklers are one of the most important components of a fire protection system. And, as their name implies, they respond to fire without human intervention. There's a misconception that fire sprinklers go off with the slightest sign of smoke or that all sprinkler heads in a home will go off at once. Instead, fire sprinklers operate one by one in fire or heat. And in most cases, one sprinkler may be all that is needed to stop a fire.

Sprinklers need regular maintenance to ensure they activate when there's a fire. Common problems with fire sprinklers include corrosion of the pipes or freezing in cold climates.

"Fire sprinklers undergo a variety of inspections according to a schedule dictated by local and state laws. Some inspections should occur on a monthly basis, while others happen every quarter, every year, or every five years.

"These inspections include a variety of individual examinations that determine whether the system is operating properly under emergency conditions," says Fraker Fire, a fire sprinkler repair company in LA, California.

Standpipes consist of a piping system installed during the initial construction of a building. They are installed in buildings that exceed a certain height or size and can be found on every floor. The function of a standpipe is to provide water to hose valves. Firefighters can then connect fire hoses to hose valves to spray water from the building's main water supply to any floor in the building where a fire has to be put out.

Your engineer will inform you if your building needs to have a standpipe during construction. There are different types of standpipes and you'll be duly advised on the best one to install in your building.

Fire alarm systems monitor buildings for the presence of fire and warn occupants in the event of a fire through visual and audio cues. It's important to install fire alarms in every room of a building. In fact, fire alarms are highly regarded by fire safety laws because of their importance.

There are two types of fire alarms - automatic and manual alarm systems. As the name implies, an automatic alarm system will function without human intervention and emir a high-pitched sound. For manual alarms, an occupant will have to activate them and as such must be easy to use. They also contain simple instructions on how to activate them. Note that your fire alarms will require periodic inspection.

Both types of fire alarms give off a visual cue in the event of a fire. And the type of fire alarm you install will depend on the classification of your building.

Everyone knows how dangerous fires are and will avoid them. But it'll seem the dangers of smoke are not well-known or at least talked about enough. Smoke can do a lot more than reducing visibility as it can poison you and knock you out. Inhaling too much smoke can lead to death.

Passive systems, on the other hand, use smoke barriers and consume no power. And, both mechanical and passive smoke control systems can be installed in the same building as they complement one another.

Why Do You Need an Air Quality Sensor?

8 Steps to Find a Good Contractor