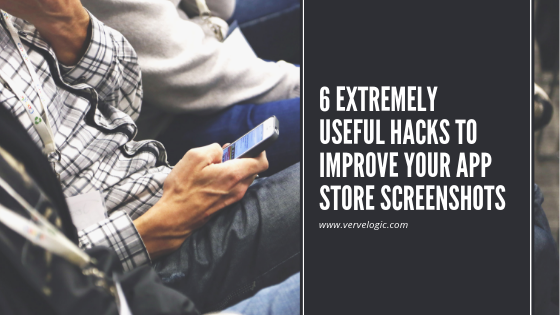 Simply developing an app cannot be end of your work, it is important to see how the app looks in the app store. It is also the appearance of the app that determine how much users would be interested to hit the download button. The source of users coming on the app store does not make any effect on the download rate but if your app does not look or suit the need of the users, they will simply leave the app. Developers from ipad app development company suggest that the app store screenshot plays a crucial role in increasing the engagement level of the users in the app store by 35%. The app store screenshot is important for both app store. We are visual creature and pretty visuals tend to attract the eye balls.

Be it apple or Google store, it is better to stick to the guideline of app stores. Be it Apple, Android or Google, everybody has its own detailed instruction about what can and cannot be featured in screenshots. Follow these carefully along the correct requirements that you should run with no issues when uploading. It is also vital to keep in mind the difference between the way various app stores are laid out.

2. Select the order of the screen shots very carefully

A study indicate that generally 60% of users don’t swipe beyond first two of the screen shots, therefore, it is vital to select the order of the screen shots. Make sure to put the best screenshot for capturing the attention of the targeted audience. The order of screenshot should bear sense and tell a story. If done correctly, it can become super effective

3. Make sure to highlight benefits and not features

Every app holds many kinds of features in itself but it is the benefit incurred from these features which add value to users. Android tablet app development agencies expert believe that if the screenshots tend to highlight benefit of using the app and how it can solve various problems, they can surely bring high engagement among users.

4. Demonstrate how app can be used

This feature is useful when the app is used in the most unconventional way. Every users want the app to be extremely easy to use so highlighting in a straight way the benefits can be an extremely attractive to target users. Make sure to keep the instructions simple and to the point and use image that shows as to what to do.

Adding text in the screenshot is useful strategy employed by some of the successful apps. Generally each screenshot nowadays contain some descriptive text. Screenshots are great but user viewing the app for the first time may not understand the image and then the text help them to understand.

6. Include awards and mentions

Awards, mentions are good bring the trust among users. If you app was won awards or recommended by experts or influencers, you have all the right to showcase you mentions and awards within your screenshots. Generally people get really influenced and consider the app a credible information source which brings a good engagement within users.

Use these simple hacks and take benefit from your app store screenshot.

alexjosephhttps://www.vervelogic.com/
Alex Joseph is a writer for vervelogic as well as designer. He loves reading and writing about designing.
RELATED ARTICLES
Design & Development

Top Reasons To Invest In WordPress For Business Success

10 Benefits Of Using Hydrovac Services For Your Next Construction Project