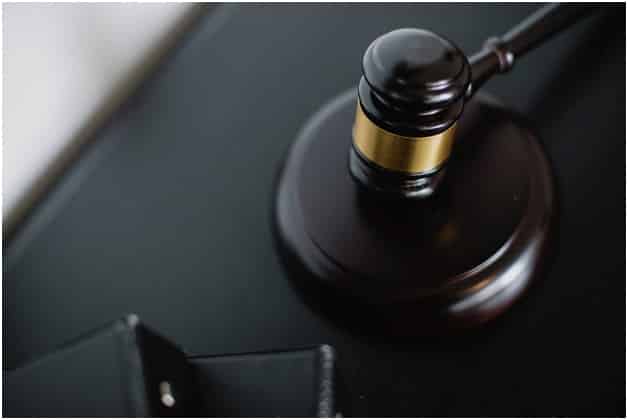 The concept of resolving conflicts in the light of law has been in place since the Hellenic times. People used to file lawsuits against injustice, accidents, malpractice, and false advertisements. Well, the Americans have also embraced the courtroom culture and law. Today, Americans report more than 100 million lawsuits every year in civil and federal courts. After all, the law has given citizens the right to litigate against any company that has wronged them.

By filing a lawsuit, the people can seek justice for the losses incurred due to the actions of another party. For instance, if a drunk driver has hit your car, you can file a lawsuit and seek monetary compensation. The same goes for companies and profit-making organizations. The stakeholders, including employees, government, and customers, can file a lawsuit in case of breach of contract or discrimination. They can also hold the company accountable for malpractice and workplace injuries.

If you are unfamiliar with the legal world, have a look below. Here we are listing six potential reasons to file a lawsuit against any company.

Unsurprisingly, the working conditions in most companies aren’t ideal because of which workplace injuries and accidents are rising each year. In many instances, employers fail to comply with the laws that prohibit the use of harmful substances such as asbestos which causes deadly diseases such as mesothelioma. Each year, thousands of people die due to mesothelioma.The state workers’ compensation laws provide trade-offs that allow workers to hold their employers accountable for full compensation. They have to get a comprehensive medical evaluation to assess the severity of the injury. Likewise, they have to ask their attorneys whether they are eligible for workers’ compensation. In addition to getting paid leaves, employees can also file a lawsuit against the employers. If you don’t know how to file a lawsuit, look up online or get in touch with a law firm.

With the rising demand for consumer data, many reputable companies are indulging in shady practices. Some have come into the limelight for selling data. In contrast, others have been stealing it through the mail and electoral fraud. According to the privacy laws in the US, such practices violate federal laws. Although the internet is a deregulated territory, any information taken without consent violates the law. Thus, if you come across any company selling data in black markets, feel free to file a lawsuit against them.

Have you ever been a victim of discrimination or harassment? Even though the government has different anti-discrimination and harassment laws, some companies still hold prejudice against people from certain genders, religions, and races. In some regions, women receive lower salaries despite having the same qualifications and experience as the opposite gender. Likewise, employees also get bullied and harassed in the workplace by the senior team.

These incidents leave the employees uncomfortable and confused about what to do next. Since the state has strict laws against discrimination and harassment, you can always report these incidents. You can file a lawsuit against a specific person or the entire company to hold them accountable.

Nowadays, violations and breaches of contract are becoming increasingly popular. The companies fail to deliver services that they promised and refuse to reimburse for losses. At times, clients have to shut down operations because of the company breaching the contract. For instance, an organization might have signed a contract to purchase raw material from XYZ suppliers for two years.

Upon finding a new supplier, they might end up breaking the contract, leaving the old supplier in jeopardy. In such situations, one can always take help from the law and file a lawsuit. You will have to sue the company, file civil claims, and the court will have jurisdiction over the matter.

We all have come across advertisements making bogus promises to the audiences. Sometimes, the advertisements for weight loss pills make people believe that they can lose 10kgs in 10 days. Similarly, some ads deceive and misinform customers. The federal trade commission act prohibits unfair, false, and deceptive advertisements that affect customers’ behavior about the product or service.

Therefore, advertisements must tell the truth instead of misleading the customers according to the law. It means any company indulging in false advertising is leaving a liability behind. You can file a lawsuit under the pretense of false advertising to promote a sense of responsibility among companies.

Undeniably, mistakes are a part of the professional world. However, there are many instances of negligence and misdeeds by executives that put employees’ jobs at risk. At times, even employees and customers have to suffer because of professional malpractice. For instance, the healthcareexperts might have neglected several symptoms regarding the developing disease in a patient, leaving him or her on the verge of death.

Although the law doesn’t require professionals to be perfect, they are liable for the losses. Hence, if you have suffered losses because of malpractice, file a lawsuit against any such professional or organization. You will have to prove that the person or company failed to provide the standard service to make grounds for a lawsuit.

Every citizen has a right to file a lawsuit against a company that has breached the contracts or misled them. Likewise, the citizens can also sue organizations for false information, workplace accidents, and fraudulent practices. You might think lawsuits are expensive and time-consuming, but the civil and federal courts have made the process much easier. In addition to compensating for losses, lawsuits hold the offending party accountable, ensuring nothing similar happens in the future.