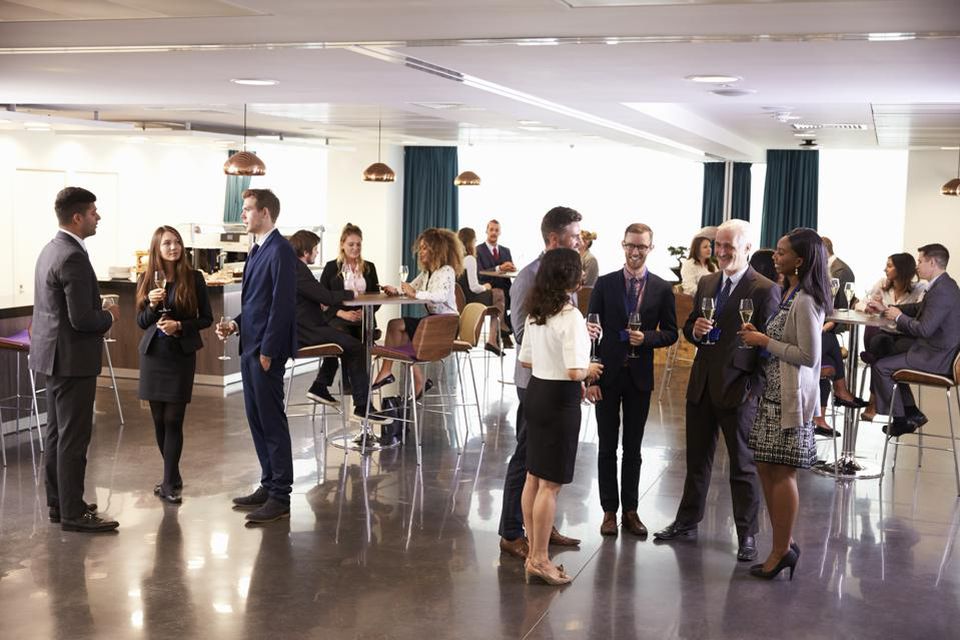 Business networking events afford us the opportunity to not only make the very best first impression, but also to (hopefully!) make a lasting one… One which will provide the catalyst for new, prosperous connections with fellow movers and shakers within the industries we operate in, as well other potentially lucrative sectors perhaps outside of our natural commercial scope.

Overall, networking is about striking the right balancing act between professional, and personable and relatable.Following this thread, we look at 7 tips to keep in mind at your next business networking event.

Never try to be someone you're not. So many people attempt to construct an alternative version of themselves at business networking events, rather than being genuine from the get-go.

At the end of the day, the people you wish to establish working relationships with when you're being true to yourself are the ones you'll want to forge ties with.

Chances areyou'll mix with a lot of new people at a business networking event. And irrespective of whether you're a ‘names’ or ‘faces’ person, it'll be virtually impossible to place everyone you've met based on an exchanged business card thereafter. So, why not jot down some basic details and future prompts on the back of their business card?

3. Play your cards close to your chest

Nobody likes a 'card spammer’. If you haven't built up a rapport with a new acquaintance sufficiently enough for them to ask for your card, don't thrust yours upon them before you part company.

Yes, even if your firm has created a range of impressive business cards via state-of-the-art, four print finishing process equipment that has revolutionised the slitters, cutters, creasers sector, like that from Duplo International.

Don't overstretch yourself in the pursuit of brokering deals at a business networking event. Instead, calmly and collectively focus your attentions on what you're there to do in a simple, dedicated way.

While you may not directly touch base with someone who might later become a new client of yours, it's always important to think of the longer game - so to speak. Meaning, even if you don't manage to make new connections with a more obvious would-be client, then there's every reason to believe that someone who you do strike up a conversation with might have someone in their own network that you could mutually benefit in the foreseeable future.

Contrary to what some people might say, do notset out to 'work the room' at business networking events. Make it your priority to make a few solid connections - remember that it's quality not quantity that matters in these scenarios.

You don't need a psychologist to emphasise just how important projecting positive, open body language is at business networking events. It's always crucial to be engaged with the person you're speaking with, maintaining eye contact and nodding and tilting your head towards them when speaking.

Such seemingly small nuances convey the feeling that you care about what they have to say, and their responses to what you might discuss. Rapport and trust are fostered this way, and serves as a solid foundation on which to later do business.