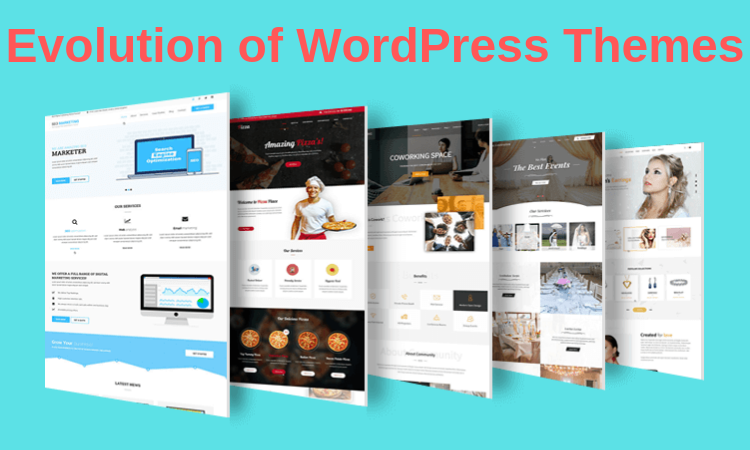 WordPress users take themes for granted. These pre-built templates make web development convenient and play a huge role in the popularity of the CMS. However, no one really gives a thought to the evolution of WordPress themes. Whether you are building a new interface or converting a website to WordPress, you can pick a readymade layout as the foundation of your project. All these skins are categorized according to major industries and professions. This means that individuals can select a predesigned framework which contains most of the essential features that they need. The modern theme which you see today was not developed in a day. It has evolved along with the open source platform and let’s take at the phases in its journey.

People who are aware of the CMS’ history know that it started out as a blogging platform. Matt Mullenweg collaborated with Mike Little to create a fork of the b2/cafelog and develop WordPress. The b2/cafelog was a blogging software which was discontinued by its developers. 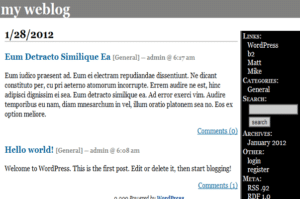 The design featured in the above picture was the first template that Matt created for the WP 0.71-gold version. It cannot be categorized as a theme as it contains hardly any features and functionalities. It was, however, ideal for 2003 when internet speed was extremely slow. The simple design with minimum elements helped it to load easily. Notice that the sidebar was a part of this first layout.

An improved template was provided in the WordPress 1.2 Charles Mingus which came out in 2004. Dave Shea, its creator added a dash of color to move away from the stark black and white scheme. It was much more attractive than the first framework and contained a blogroll in the sidebar. The blogroll was a list of other articles that a blog owner liked. The WP 1.2 update also marked the beginning of plugins. 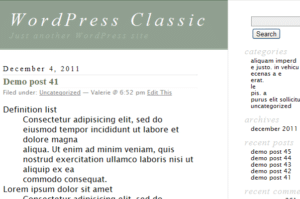 Kubrick can be called the first real theme as it bears a resemblance to the modern product. The entire website was split into sections and each section could be modified with templates. It was bundled in WordPress 1.5 Strayhorn and was designed by Michael Heilemann. He included a big header with curved edges which could be customized. The white and blue color palette was also a refreshing change. Released in 2005, Kubrick was the first default template and remained so until 2010. 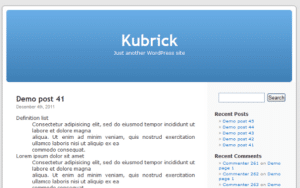 In 2010, the open-source platform started the tradition of releasing an annual default theme. The first one included in WordPress 3.0 Thelonious was Twenty Ten. It had a customizable background image, new fonts, and a menu for page customization. This was the time that the platform really took shape as a full-fledged content management system. People could define post types and taxonomies, modify headers and menus and check the changes in the editor. 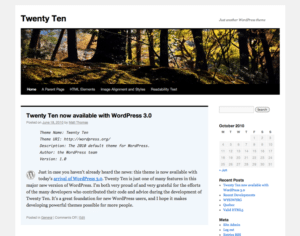 The next year, in version 3.2 Gershwin, the Twenty Eleven was launched which was a refined variant of 2010. 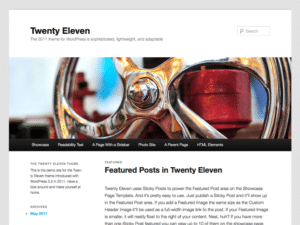 An important milestone was reached in the evolution of WordPress theme with the advent of Twenty Twelve. This was the first fully responsive template which reflected how times were changing. Smart devices had started becoming popular and people were not dependent on the computer for surfing the internet. This layout offered a separate homepage to users and they could choose not to display blogs on it. 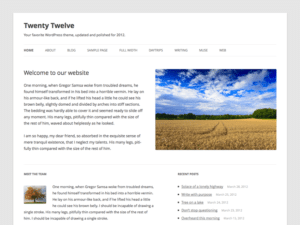 Scroll up and check the screenshots of all the templates. You will notice that in spite of colorful images, the design scheme strictly remained black and white. Twenty Thirteen changed this trend by infusing the layout with bright and vivid shades. The inclusion of the Sans Serif font also added to the visual appeal. A part of the WP 3.6 Oscar upgrade, it remains the only default layout which does not possess a sidebar. 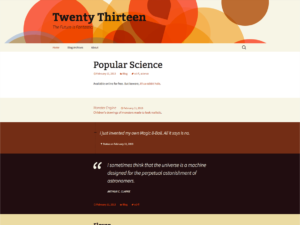 Twenty Fourteen shows how blogging took a completely new form. The days of single-author blogs were over and now material was being created by large groups. The template now resembled a magazine with large images and sections for different content along with more readable fonts. 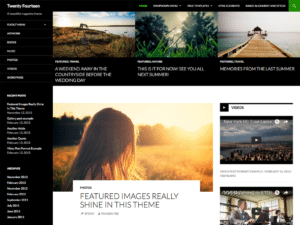 While Twenty Fourteen was definitely a step ahead, Twenty Fifteen seems like a step back in the past. The layout was too simple, though people could experiment with colors by using the Customizer. 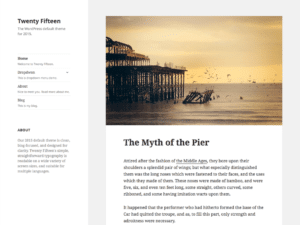 8. Twenty Seventeen: A Design For Businesses

The twenty Sixteen was an improvement on its predecessor but real change arrived with Twenty Seventeen. This was the first design which was created with business organizations in mind. A large Hero image was placed on the homepage for creating visual impact. Users were given the option of including video in the header. Brands could easily showcase their logos or products right on the homepage without affecting the page loading speed. 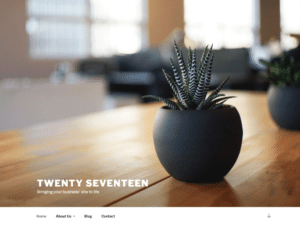 Gutenberg became the default editor of the platform last year. WordPress finally made the move to block-based editing with this new editing tool. The look of Twenty Nineteen has been intentionally kept minimalistic so that users can personalize it easily. They can simply drag and drop blocks to create a unique page. 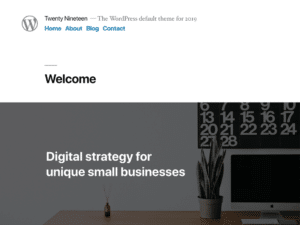 It will be interesting to see the evolution of WordPress themes as people get used to the Gutenberg editor and the tool becomes more refined. The templates of the future will be built with modern page builders in mind.