Alia Bhatt and Her South Debut How She is Preparing 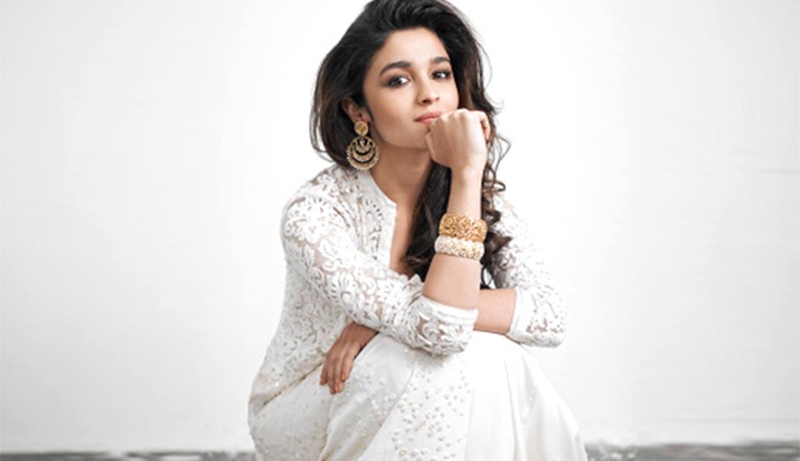 Alia Bhatt is undoubtedly one of the biggest stars of the Bollywood film industry and the track record that she has is clearly responsible for justifying this tag that she has received. The latest movie in which Alia Bhatt was spotted is gully boy, which allowed her to earn thumbs up from the reputed critics and the audience as well. The actress is currently having a number of interesting projects, and one of them includes the magnum opus of SS Rajamouli, the Bahubali director, and the movie is titled RRR.

It is true that Alia Bhatt is presently occupied with her new Bollywood release, Kalank, and its promotions. However, she has also started preparing for the southern debut. According to the rumors, Alia Bhatt is interested in learning Telugu. Before she starts shooting for the film, and therefore, she has already started her Telugu classes. In a recent interview, Alia stated that director SS Rajamouli was among her favorite list of directors. Therefore, it is not surprising as to why the actress is excited when she has got this opportunity of working under his guidance.

What she had to say

Alia Bhatt also won a number of hearts by playing the role of the brave girl Sehmat, in Raazi. The film of SS Rajamouli. Which is titled RRR, is going to be made on a huge budget of 350 crores. She is going to be paired opposite an actor from the south, Ram Charan, and the name of her character is Sita.

In one of the interviews with leading dailies, Alia Bhatt opened up about her preparation for the South debut. She revealed that she was extremely excited about the film despite the fact that it was going to be tough. However, she also stated that she was confident about being good in the movie. And was also having a lot of fun. Alia Bhatt also stated that SS Rajamouli was on her favorite list of directors. This was not because he was responsible for creating a beautiful movie like Bahubali but because of the imagination power that he had. From Eega to Magadheera, the concepts of SS Rajamouli were mind-blowing.

She also stated that he is not only an artist. But he is also capable of understanding what his audience loves. The story that conveys the emotions that he has are powerful, and even with RRR, the same can be expected.

Apart from Alia Bhatt and Ram Charan. This film is also responsible for starring other actors like Ajay Devgn, Samuthirakani, and Jr NTR in eminent roles. The story has been set in 1920 and is based on two freedom fighters, namely Alluri Seetharamaraju and Komaram Bheem.

There is no denying the fact that Alia Bhatt is responsible for doing justice to each and every character. That she plays in movies. It can only be hoped and expected. That Alia Bhatt lives up to her name with her South debut as well.