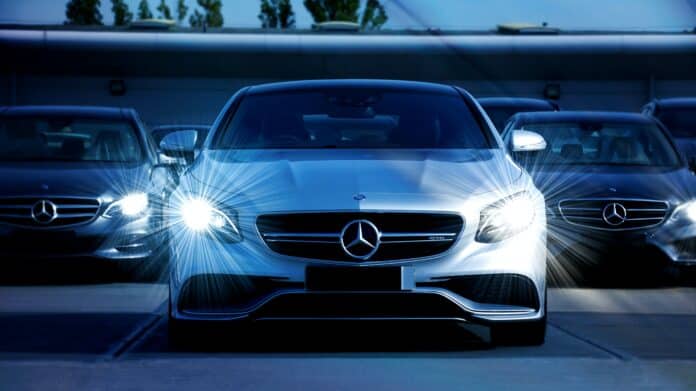 As the auto industry continues to change, new trends emerge. Take a look back at these early models and see how they've shaped modern society.

Sometimes, the manufacturers' attempts to launch a new segment or mode allow big financial successes in the event of success. Being the first to inaugurate a new type of car enables you to have the monopoly over time and become the reference of this new segment.

The history of automobiles has seen many periods of innovation, but nothing like what we're seeing now. Fuel efficiency, safety, comfort, and convenience all seem to be improving year by year. Now, some automakers are taking things one step further.

However, whether you are a car enthusiast, a car buyer or you want to sell cars in UAE, it is fun to know which cars have innovated and made it possible to see new trendy segments appear.

Although the first mass-produced car was the Ford T, the Beetle represents the most important economic shift in the auto world as it remains today the best-selling car of all time.

Volkswagen Beetle's production volume was vast and identical for all customers.

Even today, the Beetle still has many fans. Its production only stopped in 2003, after 65 years of being good and loyal.

The Beetle was also the base of the Porsche 911. That means it has served two antagonistic populations: the well-to-do and the most modest. Therefore, the Beetle has a solid place in automotive history.

In 1959, the Austin Mini arrived, the very first city mini in history. Even though cities were a hundred times less congested than today, you should know that the first generation of Mini was the shortest and smallest of all.

We need this kind more today with the cities' traffic jams. However, modern equipment and safety standards prevent this, although we can consider Smart as such.

Some will consider that the Renault 4 of 1947 was the first mini city car. However, it was 3.66 meters long against 3.05 for the Mini, which bears its name very well!

Despite its frail and clumsy car appearance, the Mini is very dynamic to drive. It was cheap and skillful, the perfect model for amateur rally drivers.

It wasn't Ferrari who invented the rear mid-engine layout, Lamborghini was behind it with the Miura. We can say that the brand with the bull has succeeded in giving a good lesson to Ferrari, which had therefore taken aback Mr. Lamborghini who complained to the "after-sales service" (namely Enzo himself) of notorious defects on the Ferrari.

However, the Miura's engine was in a transverse position (V12) and not longitudinal as on the modern ones.

The first car to base its sales pitch on technology was the DS19, a car that brought together a whole host of technical innovations. That model had a big influence on Mercedes, which has since taken up this workhorse for each new generation S-Class outing (the last one is downright a computer on wheels).

Among the gadgets is the hydropneumatic suspension that allows driving on only three wheels (therefore, with a flat tire). There are also disc brakes (but a very unergonomic mushroom-shaped brake pedal), hydraulic gearbox control (no cable), rotating headlights, and electronic injection a few years later.

BMW Z3 inaugurated the concept of the small premium coupes of the modern era before the Mazda MX5.

If we scour automotive history to the end, Porsche introduces this kind of vehicle with the 356 Roadster, a small top-of-the-range fun coupe.

Now that you knew the auto pioneers, you must admire your car more than before. You might even think “being a descendant of an innovative brand must raise the number if I value my car before selling it”, unfortunately, it’s all about the car’s age unless it’s a vintage.