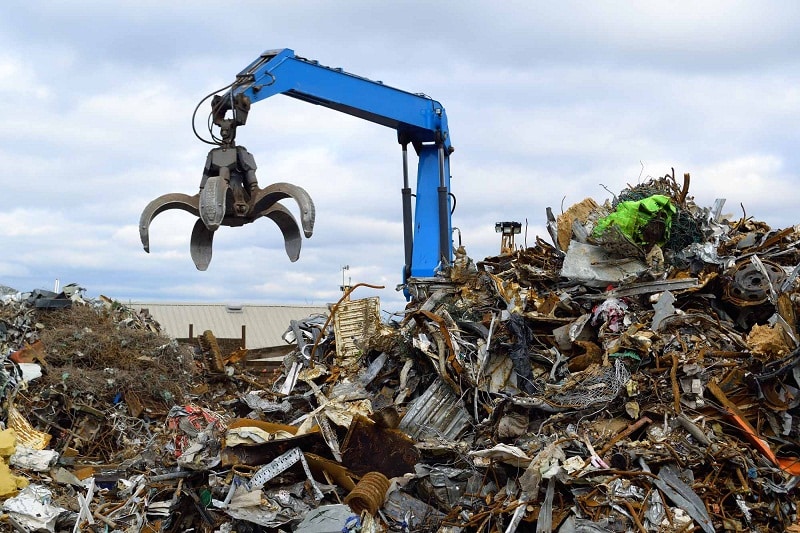 The world has learned hard lessons regarding waste material and a lot of efforts are now being used to putting as much material back to usability. This happens through recycling.

Through advanced technologies, nearly anything can now find good use after it initially becomes waste. From plastic, paper, metal, and other materials, recycling has proven very useful in human survival. It not only allows continued usage for a long time but also contributes to saving the environment and achieving the goals of a cleaner, greener, and environment.

What are the benefits of recycling scrap metal? This is the focus of our discussion in this article.

Mining metal from ores is an expensive business. However, losing metal after just a single use is even more expensive. When as much metal is recycled, preserve the environment by avoiding too much drilling into virgin ores.

In addition, scrap metal recycling eliminates the unnecessary landfills that would otherwise be littered with and pose a danger to our existence. Already, the world is struggling with space management and there is hardly enough space to set aside for waste materials.

In many countries, landfills from waste material form part of the large problem in environmental conservation efforts. If as much material is recycled, then it would be possible to rehabilitate such land and put it into better use.

The energy consumed in scrap metal recycling is far less than what would be used in the extraction and refining of raw materials. Whereas mining presents lots of environmental hazards, recycling attempts to restore the harm that has been done to the environment.

Although recycling still demands the use of fossil fuels, it is less energy-intensive. Unlike mining, recycling doesn’t cause pollution to the underground water and neither does it cause the physical damages that take too long to restore.

Over the years, the harmful nature of mining to our environment has been discussed in detail. The release of large amounts of greenhouse emissions is a good example and their effect such as climate change has caused a lot of concerns.

The cost of mining any metal and refining it for gainful use is ordinarily high. Governments and organizations get into great losses after losing such metal without being used exhaustively. Recycling experts such as Hackham Recyclers note that huge savings are made when metal is recycled.

The scrap metal recycling industry employs a lot of people directly and indirectly. Such jobs employ people at all cadres and therefore help to uplift their economic status. Some of the jobs demand immense skills and training, thus the expertise primarily depends on the particular level of production needs.

In the United States, the Institute of Scrap Recycling Industries, Inc reports that there are more than 500 000 jobs created through the recycling industry.

In many countries, scrap metal contributes to trade balance through import-export trade. In the United States, for instance, this industry is responsible for approximately $13 billion that comes from tax revenue.

Useful Material for a Long Time

It takes a relatively very long time for metal items to biodegrade. This means that if they pile up in heaps, they continue to cause harm to the environment over a very long period of time. When such metal is recycled, it provides an opportunity to be made into something new and helpful to humankind.

Putting scrap metal into such useful endeavors points to the need to take the recycling process more seriously.

Experts say that although a lot of metal recycling processes have yielded positively, there is a need to make use of more recycled material. As various technologies continue to advance, more metal will be produced and more will still be needed. This creates room for continuous use of metal for a longer period. To a large extent, metal recycling is also a personal responsibility that requires people to be actively involved. This calls for people to dispose of waste metal in a way that makes it easier to recycle.

Sagar Mandan Sagar Mandan is HR and Content Editor at Techssocial. He has written and share many good and informative articles on various websites and niche like technology, web design, graphic design, marketing, business, social media, search engine optimization, etc. He loves to share knowledge and experience with his friends and colleagues.

10 Baby Products You Must Dropship To Scale Yo...

Benefits of a Payday Loan...