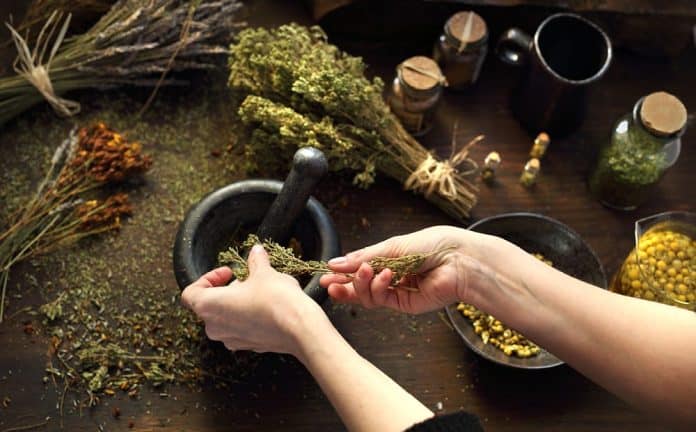 Over the past many years, alternative methods have been increasingly used to treat mental conditions. This is because prescription medication not only adds to the cost but also results in undesirable side effects.

In fact, people suffering from various mental conditions have been looking for treating and dealing with psychological conditions with alternative methods. As per studies, herbal supplements prove to be an effective way for treating anxiety and other disorders associated with anxiety without any side effects.

Thus, herbal supplements containing herbs and plant products are one of the best anxiety supplements to deal with anxiety.

This article talks about some of the best herbal supplements that are used for treating social anxiety.

Ashwagandha is a herb with anti-inflammatory properties. As per various clinical studies, Ashwagandha is known to reduce anxiety in patients who were treated with it.

Ashwagandha is also called Indian Winter Cherry or Indian Ginseng. It is considered one of the most critical of all the herbs in Ayurveda. It is commonly available in powdered form and is known to improve brain functioning and memory. Further, it is also known to improve the body’s resilience to stress, given it is a powerful adaptogen.

In addition to this, it is also used as an anti-depressant and is available in the form of tea, capsule, tablet, or liquid extract. Further, it is used in the treatment of other mental conditions like depression, social and general anxiety, attention issues, sleep disturbances, OCD, premenstrual syndrome, and psoriasis.

Valerian is a herb and is found in parts of Asia, Europe, and North America. Basically, the medicine is prepared from the root of this herb and is primarily used to treat insomnia and sleep disorders.

Lack of sleep results in a number of issues like poor quality of life, mood disorders, reduced resilience for stress, general and social anxiety. However, where there are research studies showcasing valerian to improve sleep quality, not much evidence is available for valerian to reduce anxiety.

Kava Kava is a herb that is obtained from the roots of the plant Piper methysticum. This is commonly called kava which literally means bitter and has been used for years as a recreational drink in Oceania.

Kava is made from the roots of the plant and is ground into a thin pulp to which water is added. Further, its ingredients include kavapyrones which have a similar effect as that of alcohol. These include relaxation, talkativeness, euphoria, and at the same time keeping mental clarity intact. Due to such properties, it has been suggested to be anxiolytic and used for people with anxiety disorders as well as for treating insomnia, stress, and premenstrual syndrome.

Gamma-aminobutyric acid (GABA) is one of the critical neurotransmitters in the mammalian brain. Studies have shown GABA has effects of reducing stress and improving sleep.

Apart from being a neurotransmitter, GABA is also found in a variety of foods like soybean, tomatoes, germinated rice, etc. That means GABA can be obtained by having a normal diet.

Since GABA is an inhibitory neurotransmitter that prevents or inhibits certain brain signals and reduces brain activity. Thus, when it attaches to a protein in your brain, it produces a calming effect. That is why GABA supplements help in dealing with social anxiety, stress, and fear. roved, the

Theanine is an amino acid that is can be found in green and produces relaxing effects on your brain. The blood-brain barrier (BBB) is a group of blood vessels that prevents harmful substances from reaching your brain. However,  it lets certain substances like oxygen, water, etc. reach your brain.

Theanine, too, crosses the BBB and helps in producing GABA and dopamine which result in calming effects on your brain and help in dealing with stress and anxiety.

How to deal With Allergies and Eliminate Them

What Are Diabetic Feet?