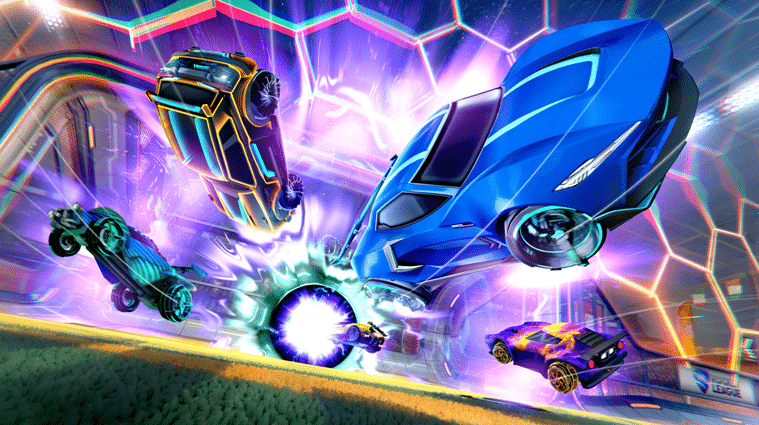 Rocket League is a free-to-play video game, which means that there will be many new users getting to know one of the most original releases of the generation. However, you have to be aware that Rocket League is difficult to master in its first matches. That is why we created this guide, where we will provide you with the best tips and strategies so that you can win all possible matches and earn free Rocket League items.

Something that went quite unnoticed in the original game was the tutorial. Players would open Rocket League and jump straight into online multiplayer or compete against the AI. Learning was the hard way.

In this new version, a complete tutorial on the main mechanics of the game is presented. It is important that you make sure you have learned the basics of power vehicle control well before going out to compete with other players online.

Later, it is recommended that you test the waters. Compete against the AI, increase the difficulty, and take advantage of those moments to master the controls of the cars, which are not easy at all, in addition to the physics of the ball and the dimensions of the field.

Nitro is the most valuable thing in the game

Triggering the nitro to increase the car's speed can be exciting we know, but you shouldn't waste it that way. Nitro is an important tool to attack or defend with speed, and generate a strategy. In this game, no matter which Rocket League car design you have, you still have same skills to learn for winning the game.

For example, accelerate with nitro just before hitting the ball so that it shoots out. Contrary to what many may believe, you do not have to automatically accelerate to move the ball, but rather accelerate at the right moment to initiate a relevant play.

To fly it has been said

We recommend that you constantly practice the mechanics of air propulsion when defending, attacking, and moving the vehicle in different ways (each movement is altered differently with nitro).

Camera position could define a match

In Rocket League there are two types of cameras: fixed and manual. The first will be focused all the time on the position of the ball, while the second is released so that it can be controlled by the same player. Most players tend to activate the fixed camera all the time, and they make a big mistake.

Ideally, you should swap between one and the other. The fixed camera is perfect when the ball is far away, so you can follow its trail in the best possible way. On the other hand, the manual or free camera should be activated when the ball is almost glued to your vehicle, so that you can have a view of the field while you try to dominate the game.

If you were wrong, take a turn and play again

It can happen that at some point you lose the ball both in attack and defense. Don't worry, Rocket League presents an ideal mechanic for these occasions. The "Powerslide" is a 180 degree slide that can be done on the ground (brake, and turn to one of the two sides) or in the air (press jump button and left or right). Next, our vehicle will adjust your direction to continue playing. Likewise, it can also be applied to boost the speed of the car when the nitro depletes (jump, jump and forward direction).

Take advantage of the fact that there is no offside

Rocket League matches are played on a closed field. This characteristic must be squeezed to the maximum, especially in the attack plays. When you are dribbling down one of the sides, instead of passing the ball directly to one of your teammates, it may be a better idea to bounce it against the walls to the left or right of the field. Hopefully, you'll be able to get him to head towards the opponent's goal area: all that remains is for one of your teammates to deliver the final blow.

Play as a team, and organized

When you play a 3v3 or 4v4 match, it is preferable that you do it with friends to maintain constant communication between what happens on the playing field, which, many times, will be unpredictable.

Ideally, it should be played in teams, in the sense that each player takes a role and fulfills it to the letter. Someone must defend, two others should attack, and if possible, one could stay in the midfield to cut the rivals' plays, and serve as a reinforcement for the defense or a surprise for the attack.

Types Of Hair Coverings For Jewish Women Which...