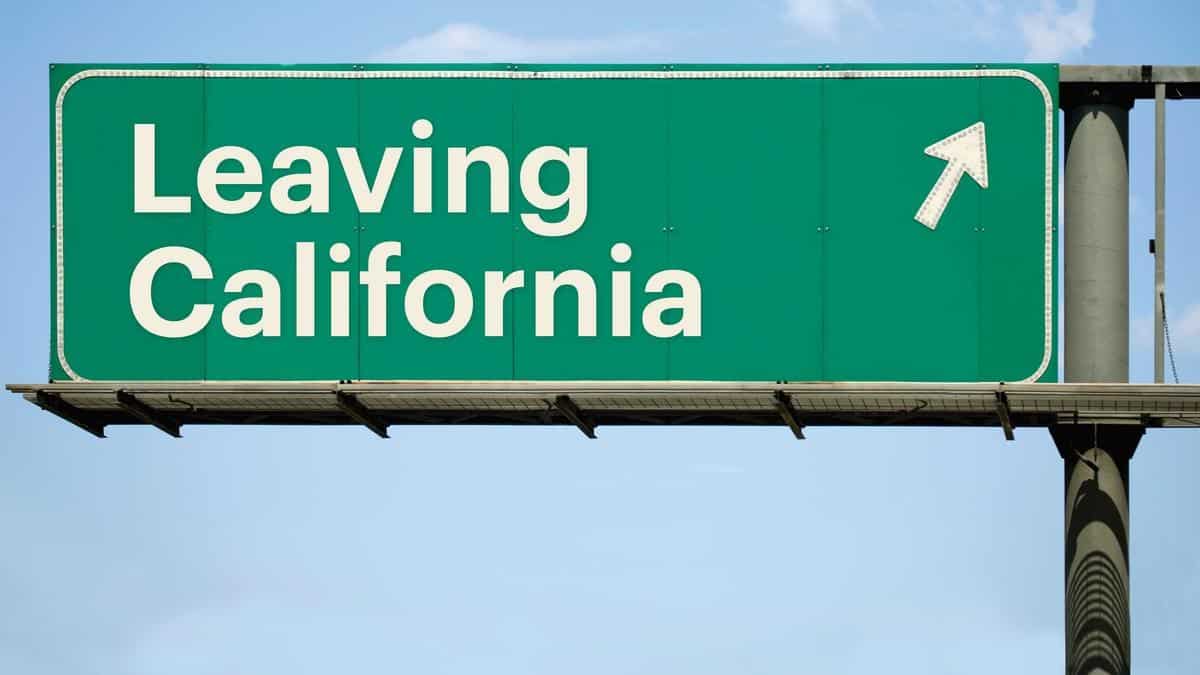 Many people in California are tired of the super majority politics of California and have sought greener pastures elsewhere. Things like high taxes, cost of housing, regulations and high cost of living have driven many people to leave the state for lower tax states like Texas, Idaho, Nevada, Florida just to name a few. But it seems many people were hanging on hoping California’s state legislature would try and fix the issues. However, it appears as though the state is oblivious to the real issues facing Californians. The draconian lockdowns and restrictions imposed by Governor Newson were the straws that broke the proverbial camel’s back.

California has the highest top end income tax rate in the country at 13.3%. Couple that with the highest federal income tax rate at 37%, California’s top wage earners are giving up more than half their income to taxes! As opposed to states like Texas, Nevada and Florida which have zero state income taxes. By the way, California’s income also applies to capital gains taxes. Add the top end federal capital gains rate of 20% and you have 33.3% tax on stock and real estate. In addition, property taxes are roughly 1% of the assessed value. For example, if your home is assessed at $710,000 (median home price Los Angeles County) your tax would be $7,100 annually. And our state legislators were trying to eliminate part of prop 13 which controls what the state can tax us on property, no surprise. By contrast, Nevada is at 0.58%. Almost half.  Lawmakers tried to impose a “wealth tax” on people with net worth’s of $30 million or more. Fortunately, it did not pass.

California also has a very high cost of housing. California ranks third according to www.worldpopulationreview.com at $475,000. Behind only Hawaii and Washington D.C. All four west coast states, California, Hawaii, Washington, and Oregon rank in the top 10. Coincidently all four states have a democrat super majority. According to homesnacks.com California ranks first with the highest cost of living too. Ahead of New York, Massachusetts, Hawaii just to name a few. California also ranks first with the most homeless people at 151,278. New York, Washington, and Oregon are also in the top ten in this category. So, it seems high taxes, expensive housing, and homelessness are synonymous with democrat super majority legislatures.

It is no wonder people are fleeing the not so golden state. In 2019 California lost a net of 173,000 residents. We do not have official numbers but by all accounts, that number will increase. My guess is it will triple or more. Moving companies are backlogged with requests for vehicles. But it’s not just residents that are leaving its companies. Roughly 1,800 companies left California 2016 alone. Here is a short list of companies that have left the state:

•Chevron moved 800 jobs from the Bay Area HQ to Texas

California state legislators do not seem to care that their policies are driving business out. The apple of California’s eye, Silicon Valley has seen an exodus recently. Despite being seemingly supportive of Democrat policies, companies have had enough. Oracle, Tesla, Hewlett Packard have all left this year alone. All three to Texas. All three of these companies have been staples of California technology companies. Hewlett Packard has been in the state since 1938, Oracle since 1977 and Tesla since its inception in 2003. Taking with them their income and their jobs. Elon Musk, founder and CEO of Tesla also moved his residence to Texas.

What does all this mean? Well, if California does not change its ways more people and companies will leave the state. That will result in higher taxes to pay the state’s bills on those of us who remain. We can only hope that the state legislators see the writing on the wall and change or California is going to be a different place in the very near future. However, we can help. We can create favorable tax favored investment strategies that can help you keep more and pay less. Remember, plan smarter live better.

Suvangkor Chakma I'm a blogger by profession & digital marketer from heart which allow me to do business & value to lives. Passionate about sharing knowledge as well as helping business owners who want to expose their brand or blog to a large audience, drive huge traffic for business online & get desire ranking on Google through the links building strategies.

A Guide to Sports Analysis...