Home > Miscellaneous > Common Reasons To Join the Military in 2020

Common Reasons To Join the Military in 2020 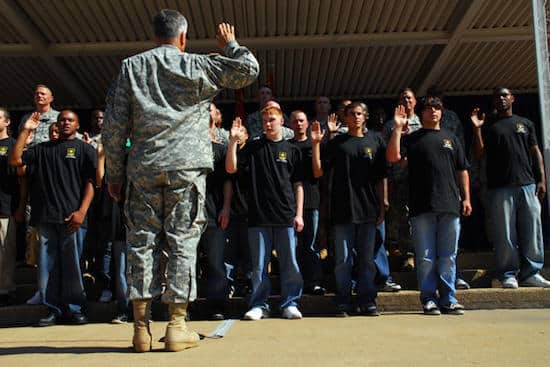 The world has changed dramatically over the last few years. While some aspects of modern society might be wildly different than before, other factors remain the same. The military, for example, is always going to need young people to enlist. If you’ve been feeling directionless in life and have exhausted your other options, then the military might seem like an appealing option. Of course, plenty of people struggle with such a big decision. This is not a choice that should be made likely, as there are several aspects to consider before you move forward.

Perhaps the most alluring aspect of being a part of the military is being given the opportunity to see corners of the world you have only dreamed of. While it is true that globalization has made the world much easier for the average person to traverse, it still can be expensive to take trips out of your own pocket. When you’re a member of the military, you can see the world without having to spend your own funds. Go to far-off places you have only read about and see wonders you never thought possible.

While there are countless bases around the United States, a vast majority of people who enlist for the military will spend time overseas. America occupies countries all over the planet, meaning you might be given the opportunity to go to some truly exotic and intriguing spots.

When you’ve been feeling directionless in your life, it can often stem from a lack of stimulation. If you didn’t go to college after you graduated high school, for example, you might have spent a lot of time working a job to make ends meet or just hanging around with friends. This lack of stimulation for your mind can lead to a general sense of restlessness and cause you to find excitement in ways that are not healthy or productive. By joining the military, you’re given the opportunity to apply your energy in a focused and intelligent way.

The military will teach you an array of critical skills needed to survive in the world. From organization to punctuality to basic care of trusted possessions, you will amass a ton of real-life skills that you can use once you return home. What’s more, the military offers a number of educational opportunities. From programs meant during your time in the service to enrollment options for post-service life, it is easy to find a path for your education by exploring the military.

The Pay Is Good

Another perk of enlisting in the military is you get paid for the work you do. While it might not be the most lucrative job in the world, the military has been working tirelessly to offer pay rates that are appealing to individuals who might otherwise not consider enlisting. Many improvements have been made to the military pay chart and it has led to an uptick in enlistments over the last year or so. Soldiers who are married or have families can also see additional support while enlisted, which can relieve financial burdens during your service.

Discover Who You Are

A lot of empty rhetoric gets thrown about when it comes to the military. You’ll hear phrases like “it is your duty” or “don’t let the terrorists win” that are meant to make you feel an emotional response to the option. While you might feel strongly about the military, making a huge life decision based around an emotion is an easy way to get stuck in a commitment you can’t see through. Enlist because you want to rather than you feel like you should to feel best about your decision.

When you’re serving in the military, you need to learn to rely on the men and women who are serving alongside you. The bonds that you forge during your time at boot camp and throughout your service will be some of the strongest and most important in your entire life. You will begin to view them as your brothers and sisters and there will come a day when you realize you will do anything to keep them safe and get them back from a mission. The military offers the chance to make friends in a deep and meaningful way.

Joining the military is no small decision. Take time to weigh out the pros and cons and determine if this is the best decision to get your life on the right track.