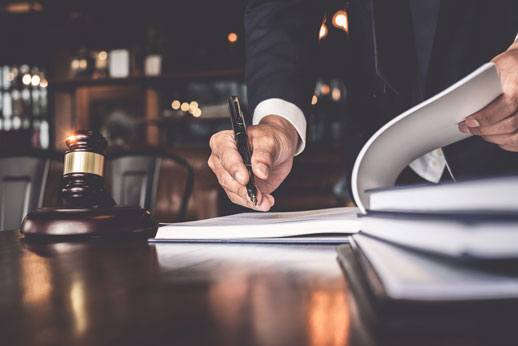 Appellant doctor sought review of the decision from the Superior Court of Orange County (California), which denied his petition for writ of mandate after appellant's license to practice medicine was suspended by respondent medical board.

Respondent medical board suspended appellant doctor's license to practice medicine for aiding and abetting with the unlicensed practice of medicine. Appellant's petition in the trial court for a writ of mandate directing respondent to set aside its decision and reconsider the discipline was denied. Appellant sought review, claiming that the trial court erred in refusing to consider whether the penalty imposed by respondent constituted an abuse of discretion. On appeal, the Corporate lawyer affirmed. The court found that the trial court did not err in determining that respondent's penalty was not an abuse of discretion. The court noted that pursuant to Cal. Bus. & Prof. Code §§ 2227, 2228, and 2229, respondent was authorized to discipline a physician found guilty of unprofessional conduct. The court found that the evidence was more than sufficient to support terms of discipline for appellant which respondent increased from those recommended by an administrative law judge. Moreover, the court found that it was within respondent's discretion to require that appellant pass an oral clinical examination in family practice before his license could be reinstated.

The court affirmed the judgment of the trial court, which denied appellant doctor's petition for writ of mandate after his license to practice medicine was suspended by respondent medical board. The court found that the trial court did not err in determining that respondent's penalty was not an abuse of discretion because the evidence was sufficient to support the terms of discipline imposed on appellant.

Appellant training providers sought review of a judgment from the Superior Court of Tuolumne County (California), which, in a jury trial, found that respondent certifying entities had no liability on a claim for interference with business relationships. The trial court sustained the certifying entities' demurrers to antitrust and unfair competition claims and granted their motion for nonsuit on an interference with contract claim.

The certifying entities imposed sanctions on the training providers for improperly using copies of certifying examinations to train students. The trial court informed the parties that the trial would be limited to 12 days. Counsel for the training providers kept adverse witnesses on the stand for five days and continued to present evidence until the ninth day of trial. On the tenth day, the trial court told the parties that the case would go to the jury the next day. Before the case went to the jury, the training providers objected that they had not been given an opportunity to rebut evidence or to place some exhibits into evidence. The court held that the trial court did not abuse its discretion in supervising the timing of the trial. Limiting the presentation of evidence to avoid undue consumption of time was expressly authorized by Evid. Code, §§ 352, 765, subd. (a). The trial court had a duty under Cal. Stds. Jud. Admin., § 2.1(a), and Cal. Code Jud. Ethics, canon 3B(8), to conduct trials promptly and efficiently. The trial court's authority under Code Civ. Proc., § 128, included expediting proceedings to prevent unnecessary delay.

The Court of Appeal reversed as to the antitrust claim, remanded with directions to overrule the demurrer to that claim, and otherwise affirmed.