Home > Pet > Dog Aggression: How to Deal With Pack Mentality

Dog Aggression: How to Deal With Pack Mentality 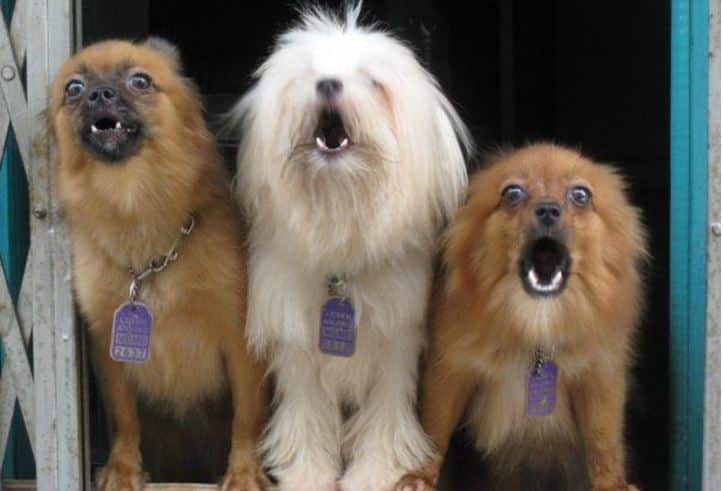 In many respects, dog psychology is not too different from human psychology. Both dogs and humans gain confidence in a group or pack. With both species, this quality has both positive and negative aspects. One of the biggest negative aspects is the potential for higher aggression.

Members of a pack feel tougher by being together. If you have multiple dogs who display unwanted pack aggression, there are steps you can take to change their behavior.

You Are the Alpha Dog

Establishing yourself as the alpha is not done through abuse. Don't beat your dog. A light slap on the butt when correcting bad behavior, however, can be a very effective technique. It will not hurt your dog but will help signal that they have misbehaved and that you, as the alpha, are not okay with their bad behavior.

While you don't want to ever hurt your dog, it can help establish yourself as the alpha to demonstrate that you are capable of physically dominating them. Play fighting can be a good way to show dominance. You can roll your dog over as well as wrapping them in a bear hug and holding them down for a couple of moments. They will understand that you are the big dog.

Other Aspects of Pack Mentality

Aside from dogs feeling tough when they are part of a pack, there are other aspects to the psychology of pack mentality. The pack mentality is also on display in the way that packs tend to mimic behavior. The mimicking goes from the alpha on down through the rest of the group. That is one of the reasons that it is so important to establish yourself as the alpha.

This behavior is also very prevalent in groups of humans, especially younger groups. There tends to be a leader of the group, and other members of the group (often without even realizing it) mimic their behavior somewhat.

Aggression is a learned behavior, and it can be unlearned.

When you are cool as a cucumber, and your dogs still display aggressive pack behavior, another option is to correct their behavior. This can be done through a combination of punishments and rewards. Scolding your dogs when they are aggressive with others and rewarding them with treats when they behave in a positive manner towards others.

When your dogs really don't seem to be improving their behavior towards other dogs or people, another option is to refocus your dog's attention on you when others are around. One way to do this is by teaching your dogs to look at you. You can do this at home by getting them to sit and follow a treat with their eyes so that they are looking at your face and say "look." Then reward your dog with the treat.

Continue to do this but make them look at you longer each time before they get a treat. Then, when you are out with your dogs, and someone approaches, you can tell your dog to "look." If the training has sunk in well enough, they will look at you and await their treat until the other dogs or people have passed. You can then reward them with a treat.

When Aggression Becomes a Real Problem

When your dogs are behaving aggressively towards others, it is generally just a nuisance. After all, most dogs are all bark and no bite. Unfortunately, this is not always the case, though. When your dog goes over the edge, you could be facing a lawsuit for dog bite damages. That is one of the reasons that it is so important to train any aggressive behaviors out of your dog.

Pack mentality can have a lot of positive influences on your dog, but it can also have many negative ones. It is up to you as the alpha to guide your dog into the right kinds of behaviors while avoiding the wrong ones.

A Simple Guide on Choosing the Best Designer D...

Why do you need home Euthanasia in California...

How to Raise a Companion Dog?...