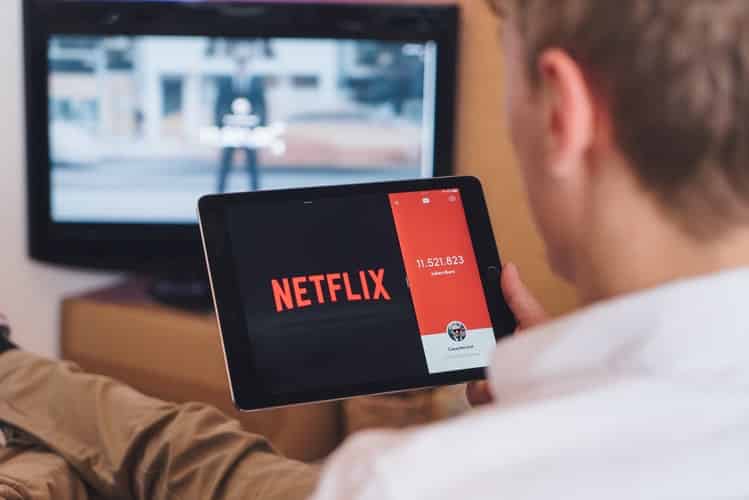 There is no doubt about the fact that our media platforms have under gone a massive shift. Recently, non-wired connections are becoming popular and cord-cutting is the word of the day. It is safe to say that Netflix has taken over the world by storm. Despite that,many people still cling to cable TV. Cable TV providers are striving hard to keep their customers satisfied by offering them high-quality services at reasonable rates. You can click here to inspect such a top-notch cable service. The reliability and traditional importance of cable TV grabs the interests of a majority of people in the U.S. Nonetheless, a huge chunk of consumers are now tending towards the cordless trend, in so much that they are pleased to enjoy watching their shows through online streaming. Both cable TV and Netflix are holding their grounds tightly.

Netflix moves like a lion in the forest, dominating every entertainment media platform. It keeps on adding amazing content to its lineup, whether a movie, a TV series or a documentary. Its sincere investmentin the quality of content, its affordable plans, and flexible interface hascaptivated millions of viewers already. It has even blurred the accessibility barriers by acquiring the license of TV serials from different countries. For example, Money Heist, a Spanish serial, became an obsession around the world. People from different countries were able to identify with the actors’ emotions and mindsets. Bella Ciao, an Italian folk song, became a global anthem. This is how Netflix ruled the hearts of people and continues to do so.

On the other hand, cable TV provides live content to the viewers, which cannot be disregarded. Americans are passionate about sports, and cable TV allows them to enjoy live broadcasts of their favorite local-to-nationwide championships. Cable TV providers carry the rights to broadcast U.S. sports, and they are not going to let anyone have their Ace of Spades so easily. Let alone Netflix.

Affordability is an important factor for every conscious consumer, and Netflix leads the race in this regard. It considers the ease of its customers by providing them three simple and straightforward plans, which range from $9 to $16 per month. This is an ideal pricing scheme for people who can’t afford to pay $200 worth of cable bills every month. Netflix subscribers get to enjoy unlimited and high-quality content at a relatively cheaper price since the online streaming service relieves them from an intricate cable connection. Moreover, it does not restrict entertainment to your TV, you can even use Netflix on your smartphones and laptops that ensures constant mobility of entertainment.

Both the mediums of entertainment provide a variety of content. However, there are some points that mark a significant victory for cable TV here. Cable TV providers offer different bundles that include many national and international channels, live news channels, and sports channels. Whereas, Netflix does not stream popular events like the Academy Awards and the Super Bowl.  Thus, cable TV does have an upper hand in this aspect.

Suppose, you are engrossed in the climax of your favorite TV series and suddenly, commercials start to appear on the screen, breaking your flow. Don’t they make the whole experience sour? Netflix allows you to enjoy your shows without getting frustrated with any commercials. There are no ad-interruptions when you’re streaming The Crown.

Netflix has a flexible system when it comes to contractual commitment. Customers can sign up at any time, try the service free for 30 days, and easily cancel their subscriptions without any additional charges. On the other hand, cable TV providers often make their customers feel bound by annual contracts. They not only charge for the installation of their services,but they also make you pay in case of early termination.

Recently, Netflix has dipped its talons into the pool of exclusive content, calling its in-house productions, Netflix Originals. Theseare the flagship of its business. You see, Netflix is speeding away with its amazing content. It took a leap by producing its movies and TV shows and now, it is flying high with profits. Some of the best Netflix Originals include Peaky Blinders, Narcos, Stranger Things, and 13 Reasons Why. If you are a fan of Netflix Originals, you can’t be easily entertained by cable TV shows, which run age-old programming.

Everyone has different priorities and interests. If you are interested in live news and sports championships, you cannot cut the cords to your entertainment. Cable TV lets you access shows which are not even in the hands of Netflix yet. But if you are looking for movies and binge-worthy series, Netflix is your knight in shining armor. Netflix does not bind you to a place or time; you can stream any show anywhere.

No doubt, there are many online streaming apps other than Netflix that provide entertainment to people but due to such a competitive market, the content is fragmented. You cannot subscribe to all these different streaming apps as it would be troublesome and expensive. Therefore, you might want to hold onto your cable TV for a moment.

Top 5 music labels all around the world...