How COVID-19 Will Influence the Way We Experience Sports 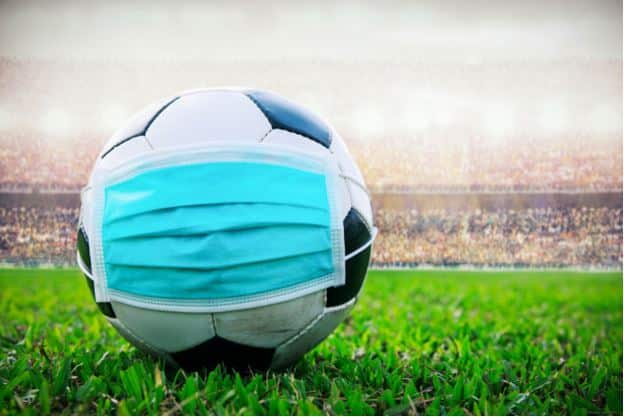 Sports was one of the many industries that were severely affected by the pandemic. After everything came to a complete stop, live events slowly crept back to public entertainment. However, under certain conditions. The industry had to adapt to ensure its survival. While some of the measures are temporary and will not exceed pandemic times, others might be here to stay.

The pandemic might have changed the primary consumption method of live sports, with live video streaming dethroning television. Also, coaching teams might have found new methods to meet recruits that proved viable for the long run. Finally, fans now have more platforms to interact with their teams and with each other.

Much of the magic of sports comes from the live experience. While there may never be a substitute for actually being in the stadium, COVID-19 has taught spectators to experience the live game in different ways.

While TV was the preferred way to follow live sporting events up to now, that might soon no longer be the case. Data shows that even after matches resumed, audiences did not fully return in front of the TV screens. Almost every major sport has lost an important segment of its television audience.

However, this does not necessarily mean that they have lost fans. People are just relocating to different mediums. The pandemic has brought added value to live video streaming services and made them blossom into the preferred consumption method.

Live video streams can be additionally enhanced by following Live Scouting Data. There is a growing team of scouts scattered around the globe, ready to deliver real-time statistics to enthusiasts on a wide range of platforms. Having access to intricate metrics elevates spectatorship as a whole. It adds an extra dimension to the experience.

The pandemic put in place many restrictions throughout all sports. Recruitment was no exception from this. Coaches and their teams had to find creative methods to continue their activity. Virtual recruiting strategies were especially fruitful in college sports and might be here to stay.

Coaches and recruits have moved their talks onto platforms like Zoom or GoogleMeet. Often, the entire family was involved in specific stages of the process. This has not only helped coaches know their recruits better, but it also helped the student and the family to have an easier transition to this new chapter of their lives. Students could take virtual tours of the campus, and coaches could take tours of the recruit’s home.

In some ways, these online talks helped facilitate a deeper connection that would have been possible during a live meeting. Coaching teams had more available time and access to the personal space of a candidate, their family, and home.

The economic benefits of virtual recruiting should not be neglected either. Before the pandemic, a candidate could visit up to five university campuses with all expenses covered. Of course, they were free to visit as many universities as they wished, but they had to cover the cost of these unofficial visits themselves.

Given the many benefits, virtual recruiting might still be a commonly used technique even after the pandemic. Coaches are not so much considering replacing the live process with a fully virtual one but rather expanding their repertoire.

What does this mean for prospects? They should get comfortable with online meetings and nurture their online presence. Being visible online might be more important than ever.

Fans definitely had it hard during the pandemic. Since they could not be physically in the stadium, they had to look for alternative platforms to express their passion. The business entities of the sporting world took note of this and tried to facilitate virtual fandom.

Cardboard cutout crowds became an increasingly popular way to fill up a stadium, especially for the NFL. Fans could order a cutout in their image and have it sit in for the live game. The 30,000 cutouts made available for the Super Bowl ($100 each) have sold out.

While in the MLB it became common practice to include pre-recorded fan reactions. This was a pretty ingenious way to get fans more involved. Although not everybody was enchanted by these virtual cheers.

The Rise of a New Era?

Has the pandemic ushered in a new era for the sports industry? COVID-19 has changed the face of sports during the outbreak, but some of these changes might be here to stay. Athletes and coaches were forced to implement new methods to continue with their activity. Many of these techniques proved to be highly beneficial. Also, the interaction between fans and teams has evolved into new forms of manifestation.

The Complete Info About Sports And Gymnastics...