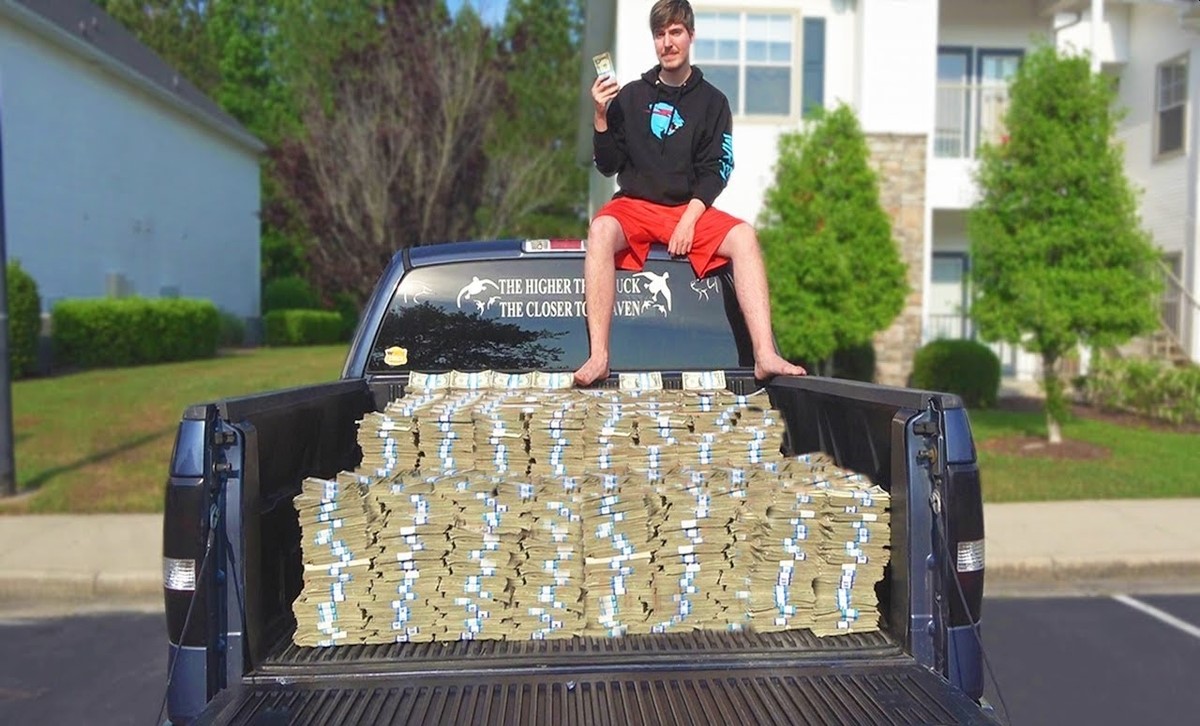 There was so much hype when MrBeast launched his brand MrBeast Burger and we knew that he did so to help the restaurants as they were impacted badly by the pandemic. But did you ever imagine how much profit he was earning by selling the burgers? Don't get shocked when I tell you the figures.

MrBeast is earning a profit of $24k per day and that means a whopping $720k profit per month through MrBeast Burger. These were the analytics when he only had 300 outlets but he recently added 120 more restaurants to his chain. So his profits are increasing everyday and he even has plans of expanding into the international market.

You must be thinking about how he is earning so much and that also in the initial days of his launch. Most of the big fast-food chain outlets like McDonald's, Steak 'N Shake, In-N-Out and others didn't earn these huge profits during their initial stages. To get a better understanding of how he earns $720,000 per month don't miss any line of this post.

To understand how MrBeast Burger is earning huge profits, let's see what Shaan Puri has to say. If you don't know about Shaan Puri, he is known for his podcasts and tweets in which he takes up complicated business stuff and make it simple for the people to understand.

Shaan Puri tweeted that he took the help of his friend who was in the same industry and revealed that a celebrity in this field can easily make a profit of $10-20k per day.

To get a better understanding, let's take a look at the breakdown of expenditures and profits in the below table.

This was just an assumption to calculate MrBeast earning's roughly. They assumed that each restaurant has done 40-60 orders per day and then multiply by its 300 restaurant locations. Or you can also assume that his delivery app got 500K downloads and roughly 50% ordered from his app. There were so much orders that the app got crashed. Now you must be imagining how much he will be earning.

So multiplying 60 by 300, they are nearly 18k per order per day. And let's assume every person's order amounting to $16.

These were the estimates during his initial days of launch and now he has nearly 420 restaurants. So he would be earning even more than $720k. He has achieved what other big fast-food chains couldn't. Most of the food chains started with one outlet but he directly opened 300 restaurants.

MrBeast has always used smart and innovative ways to earn money. For example, he earns $72 M by selling his merchandise. There are very YouTubers who could do that and reinvests his money in upcoming videos to come up with even better content. This virtual dining concept is kind of Garyvee's approach in which he says that hire a third party to execute the idea.

He has disrupted the whole fast food industry by launching his brand MrBeast Burgers. When he launched his delivery app, it was trending number 1 on the iOS store leaving behind other fast-food chain apps such as Steak 'N Shake and others. You must be convinced about his influence and what he can achieve.

MrBeast has inspired many YouTubers and Entrepreneurs to follow the same virtual dining concept which he implemented in his own restaurants. This is just the start and he has achieved so much in just 3-4 months and think about the future of his brand. How much he will be able to achieve in the coming years.

Karanhttps://www.goforpost.com
Hi I'm a professional blogger having experience in Digital Marketing And Blogging. My basic research on Finance, tech, health, entertainment, Digital Marketing, and home improvement. I'd like to share my experience with all of you be to connect to explore the knowledge.
RELATED ARTICLES
Food & Drink

Challengers to the McDonald’s McDouble