Home > Pet > How old should a ball python be when you get one?

How old should a ball python be when you get one? 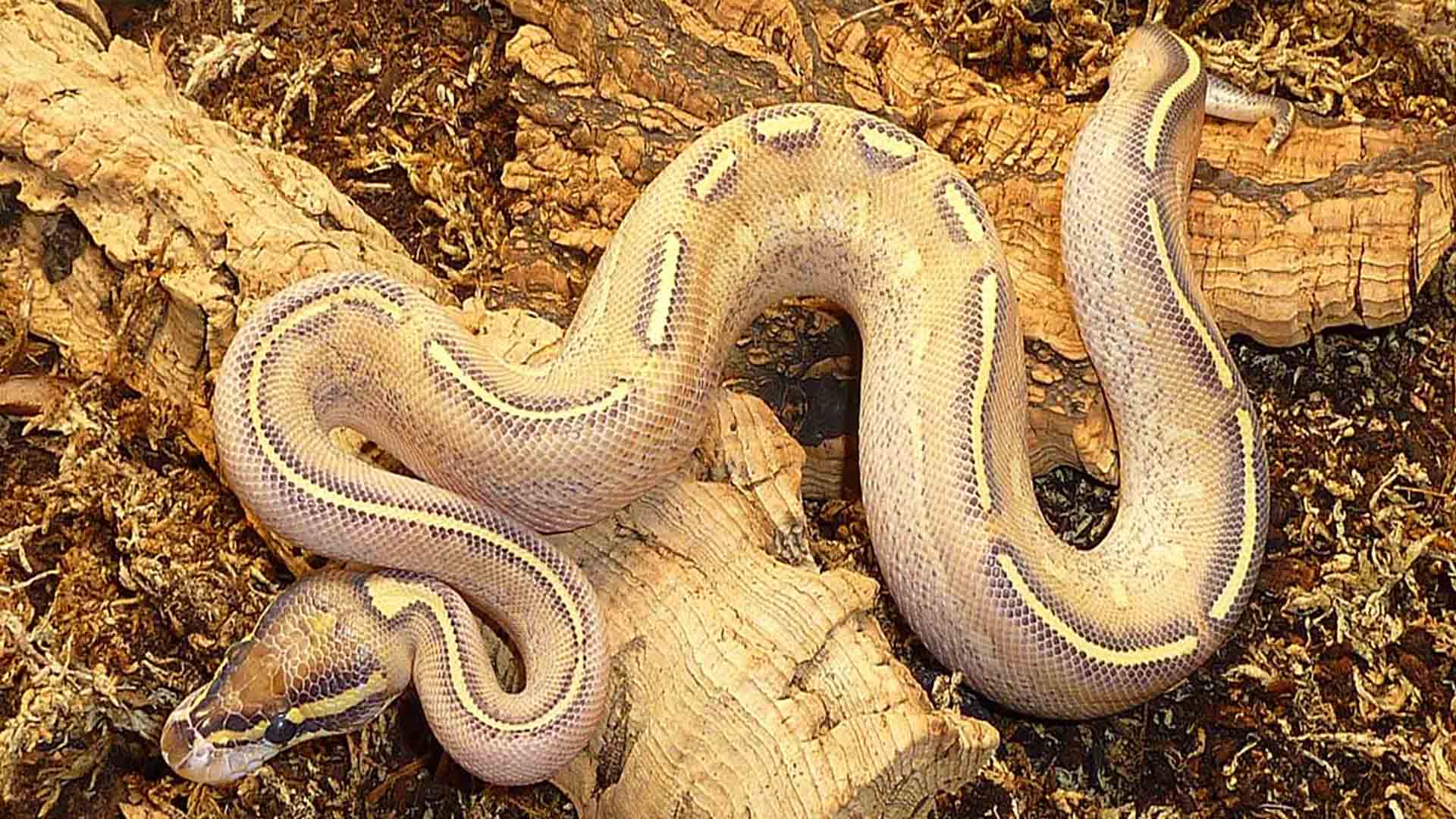 Most baby animals need to remain by their mothers when they are born. Take an infant away too soon and they’re likely to be helpless and woefully ill-equipped for surviving the wild. Most reptiles, however, have no such dependency. Snakes are wonderfully independent creatures that are near self-sufficient the second they hatch from their egg. So, for the most part, it does not matter how old a ball python is when you get it. There are unique advantages to buying a ball python as a juvenile or as an adult, but this will ultimately be decided by personal preference.

When Is a Ball Python Considered Full Grown?

Before diving into whether baby or adult ball pythons would make a better pet for you, it’s important to establish exactly when it’s considered to be full grown. Unlike mammals, whose development is tied to certain time markers, snake adulthood is determined by size rather than age.

On average, it can take a ball python 3 years to reach its full size in captivity. For male ball pythons, this is a length of 2-3 feet, for females, it’s between 3-5. Another aspect to take into consideration is that females tend to grow faster, meaning that gender also plays a significant role in the “when” of a ball python reaching adulthood.

Naturally, raising a snake from infancy will be higher maintenance than taking care of a full-grown adult. A baby ball python’s feeding frequency will increase, the type/size of their feeder mice will change, and the size of their enclosure may need to be adjusted as well. For first-time snake owners, this learning curve might be more than they are comfortable with. They will need to be extra observant and have a base level of knowledge regarding the ball python’s growth stages.

In addition to a hatchling’s changing physical needs, one of the most noticeable differences between a baby and an adult ball python is its behavior. Newborn snakes are known to be extra defensive. While it makes sense why a vulnerable hatchling might be extra snappy in the wild, it can make for an off-putting experience to an unsuspecting ball python owner.

That said, many snake owners cite the benefit of undertaking the extra challenge of raising from infancy is the ability to have more control over the snake’s overall upbringing. Young ball pythons can sometimes be finicky eaters and having been directly involved in their upbringing gives their owners more time to master the particulars about their pet’s feeding habits. And lastly, although snakes don’t go through a “cute” phase like puppies or kittens, some pet owners simply enjoy the satisfaction of having raised a baby snake.

Consider the difference in caring for a human baby compared to a (mostly) self-reliant teenager - it’s night and day. While the difference between caring for a ball python hatchling and an adult isn’t quite as drastic, it certainly might seem that way for a first-time snake owner. Getting a ball python that’s already full-grown takes a lot of the guesswork out of snake ownership. It may not provide the owner as much in-depth knowledge of their snake’s upbringing or quirks, but it provides convenience, stability, and perhaps most important, cost savings.

The most notable benefit is likely to be the feeding schedule. Whereas hatchlings and juveniles need to be fed up to two times a week, older ball pythons have a much sparser feeding period. Adults eat infrequently and eat as little as every 1-2 weeks to even just once per month. This reliability and cost saving measure may be appealing to some new snake owners.

There’s little risk that an adult ball python will outgrow its enclosure so once your pet is comfortably situated, so no need to worry about upsizing to a larger tank. Note, this snake breed is classified as an “indeterminate grower” which means it never stops growing, however, mature ball pythons grow at a considerably slower rate than juveniles.

Things To Consider (Other Than Age)

Unlike dogs and cats that require nurturing for the first few months of their lives, newly hatched snakes are not reliant on their mothers in any way. There is no weaning stage or anything similar to how mammalian infants are raised, and therefore no risk of stunting its development or depriving it of important socialization. Conversely, buying an adult ball python won’t have any negative impacts on the owning experience, such as a decreased likelihood to tolerate handling.

So of the factors that can help determine whether a ball python - or any snake for that matter - is ready to be sold as a pet, however, age is one of the least important. Instead, future ball python owners should be concerned about the snake’s ability to carry out the functions necessary for living - eating, defecating, shedding its skin, etc. Most breeders won’t consider a ball python hatchling to be eligible until it has successfully eaten 3 or 4 meals without assistance. Factoring in the appropriate interval between feedings, at their youngest, pet-ready ball pythons could be as little as four weeks old.

Find Ball Pythons For Sale Near You

Regardless of a ball python’s age, the primary appeal of this snake breed is its delightful temperament. It’s certainly one of the reasons why ball pythons are considered one of the best snakes for beginners, and one of the most all-around popular pet snake options. Fortunately, this popularity has made it easy to find both baby and adult ball pythons for sale. Remember: It’s not the age that matters, just the level of care you’re willing to put into your new slithery friend and, more importantly, if the snake is exhibiting healthy behavior to indicate it’ll be healthy and happy once it's in your home.

What Are the Needs of a Bolognese?...

5 Reasons Your Family Should Have A Dog...

6 Important Things You Should Know Before Gett...