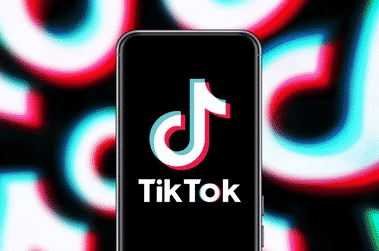 TikTok has become the new darling of marketers using social media to drive brand awareness and boost consumer engagement. It is because unlike conventional social media platforms, TikTok users primarily belong to the age group of 16-24, termed as Gen Z, and are often hard to target with conventional media. It is present in more than 150 countries and is being used by more than 800 million people. According to Forbes, TikTok downloads have crossed two billion to become the social media with the fastest rate of growth. Even though initial reports point to a very high level of engagement, most marketers do not know how to make the best use of TikTok. Some useful insights:

A Powerhouse of Engagement for Gen Z Consumers

According to social media experts, TikTok has won over Gen Z consumers because it has been able to make the production of viral content available to all its users. Ever since it was launched the platform has seen explosive growth in the number of its users across the world; the rate of growth, albeit on a smaller base, is perhaps unmatched. For the first time perhaps in the history of social media, was a platform able to unleash a wave of content creators, and a large number of users became so successful that they were able to attain the status of influencers. From the content generation point of view, TikTok has facilitated all users to express their creativity in their language. Even though TikTok has been dominated by videos of dance and music, today users can discover content on virtually every subject under the sun, including science and politics.

Why Influencer Marketing Is Important on TikTok

According to studies of the TikTok demographics, more than 40% of the users are in the age group of 16-24 years and a whopping 90% of them use the app daily. Many of these users are prodigious creators of engaging content that elevates them to the status of influencers. While brands chasing Gen Z consumers on TikTok can acquire fans by creating and posting awesome content, they can speed up the process not only by deciding to buy real TikTok followers but also by collaborating with influencers who will use their reach and influence to enhance brand awareness. This is a great advantage for brands since Gen Z users of TikTok are typically very difficult to address because they are distrustful of conventional media and companies that keep on pushing brands in their faces. Influencers hold sway over a large number of followers, which is why marketers find it advantageous to leverage their influence to increase their reach and also build up their follower base. Whether it is garnering user feedback through rave reviews, sharing artfully made photos or videos of delicacies on social media platforms, the restaurant industry has managed to build a rapport with digitally confident customers. The same rule holds when it comes to TikTok that boasts of a huge 700 million active users daily, just ranking second to the social media site Facebook.

Influencer marketing has enormous clout on virtually every social media platform; however, it on TikTok that brands can leverage it the most. Because of their lifestyle and attitude, Gen Z consumers are difficult to impress, however, with brands collaborating with influencers on TikTok, the challenge of boosting brand awareness and engagement becomes more feasible. However, to ensure that their efforts pay off, marketers will have to ensure that there is a proper fit of the influencer with the brand image and values.

What are integrating spheres used for?