Home > Health & Fitness > Inflammation of the lymph nodes during pregnancy

Inflammation of the lymph nodes during pregnancy 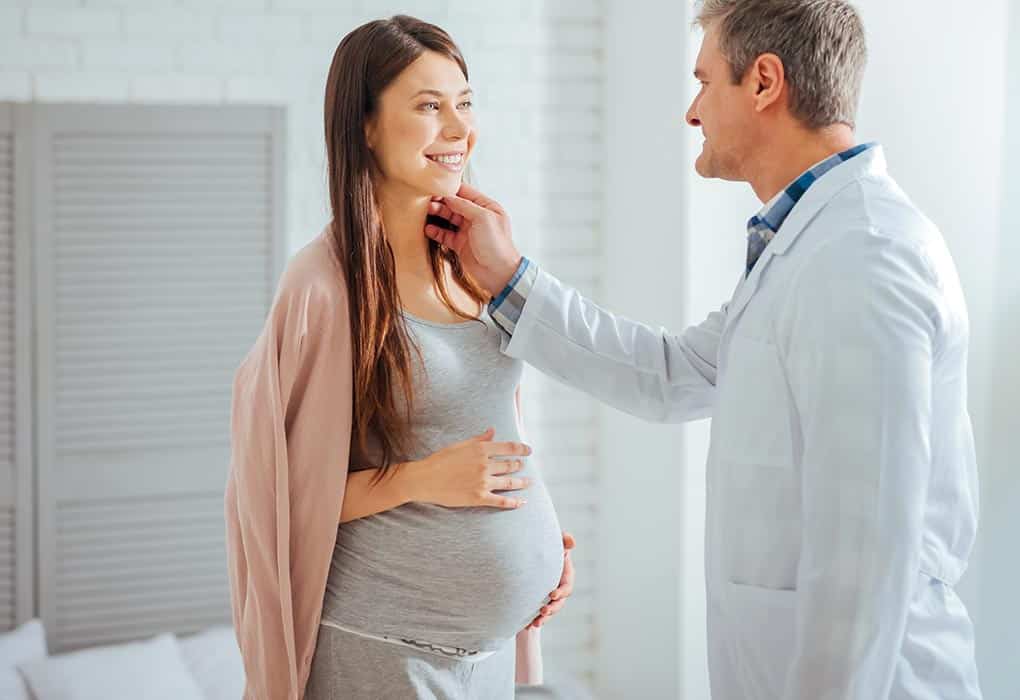 During pregnancy, a woman has a serious responsibility – you need to take care not only of your own health, but also of the health and well-being of the unborn child. Therefore, any change in the body causes a lot of questions for the expectant mother. Sometimes this concern turns out to be in vain, but in some cases the anxiety is quite justified and allows you to notice a serious health threat in time. It is to such a serious case of the enlargement and inflammation of the lymph nodes.

Lymph nodes are part of the body's lymphatic and immune system. These small formations pass through liters of lymph every day, filtering out everything superfluous and dangerous – bacteria, viruses, atypical cells and foreign proteins-antigens. In the lymph nodes, lymphocytes mature and antibodies are produced. Simply put, these are small filters-barriers that prevent the rapid spread of infection in the body. Changes in the lymph nodes – their enlargement or inflammation-may indicate the development of cancer, immune or allergic disease.

In normal condition, regional lymph nodes are small in size-3-15 mm in diameter, mobile, elastic to the touch, painless.

·         non-infectious lymphadenopathies (they are caused by pathological processes in the body – oncological and autoimmune diseases, allergies, reactions to vaccines, medications, etc.).

Infectious lymphadenitis can be non – specific-that is, it does not have specific features of the course of the disease. If the inflammation of the lymph nodes occurs with symptoms characteristic of a certain pathogen or disease, then they talk about specific inflammation – for example, tuberculosis lymphadenitis, lymphadenopathy with rubella, lymphadenitis caused by syphilis, HIV, etc.

Inflammation of the lymph nodes in pregnant women

During pregnancy, the immunity of the expectant mother works half-heartedly – this mechanism protects the child from the aggression of the mother's immune system. But such a trick of nature has a downside – due to the fact that the immune system is weakened, attacks of viruses and bacteria on the body of a pregnant woman often become successful, and colds or inflammatory diseases occur. Accordingly, during pregnancy, lymphadenitis is most often a complication of various infectious or colds. (Of course, this statement is true if the expectant mother has already passed a full examination, and her lymph node has become inflamed after all serious and dangerous diseases have been excluded).

But not all lymphadenopathies during pregnancy are infectious. During the waiting period for the child, the entire mother's body is rebuilt – the hormonal background changes, there are minor reactions to the proteins of the placenta and fetus that enter the mother's bloodstream, and the mammary glands develop. Sometimes these reasons can cause minor discomfort in the region of the axillary or inguinal lymph nodes and their increase. Usually, such changes do not turn into inflammation and pass within a few days.

Also, the reason for a slight increase in lymph nodes during pregnancy may be the sensitivity of the expectant mother to cosmetics (deodorants, depillator creams, hair dye, etc.) or household chemicals, since in this state the body may not respond adequately even to the usual means.

An important diagnostic criterion is the localization of an inflamed lymph node. Usually, regional lymph nodes become inflamed in the presence of a chronic or acute infection in the area for which this node is" responsible". It is also important to determine the diagnosis of cancer or immune etiology of enlarged and inflamed lymph nodes.

Inflammation of the lymph nodes in the neck

Cervical lymph nodes are inflamed in the presence of an inflammatory or infectious process in the head and neck. Most often it is sinusitis, tonsillitis, caries, sore throat, boils on the neck. With flu along with the lymph nodes on the neck, others can become inflamed – submandibular, parotid, axillary. In this case, when recovering from a cold, the lymph nodes quickly return to normal without special treatment.

Prolonged sluggish inflammation of the cervical lymph nodes without visible foci of infection should be alarming. This can be one of the first symptoms of dangerous diseases such as tuberculosis, HIV infection or lymphogranulomatosis.

Inflammation of the lymph nodes behind the ear

As in the previous case, inflammation of the parotid lymph nodes is most often the result of infectious and inflammatory processes in nearby organs – otitis, sinusitis, tonsillitis, gum and tooth diseases, allergic rhinitis and pollinosis.

Inflammation under the jaw

Inflammation of the lymph nodes under the armpit

In pregnant women, along with other causes (infectious diseases, cat scratches, wounds on the hands or furunculosis), the axillary lymph nodes can become inflamed due to mastitis or mastopathy.

Inflammation of the lymph nodes in the groin

What Is Behavioral Neuropsychology Evaluation ...

Why Vitamin D Deficiency Is Dangerous And How ...

Scary Side Effects Of Air Pollution On Your Sk...