Whether you are looking to start as a front-end developer or want to go full swing as a full stack developer, the journey in getting to a highly skilled professional may be bumpy. Don't let me deter you! I'm just throwing this out to know it can be easy provided you have set goals and the re-requisites to get to that initial milestone.

The average web Seattle developer job salary is $77,000 per year, according to Glassdoor, and around $88,000 on Indeed. Pursuing a career as a web developer in Seattle is one of the best places as they are 13% above the national average. 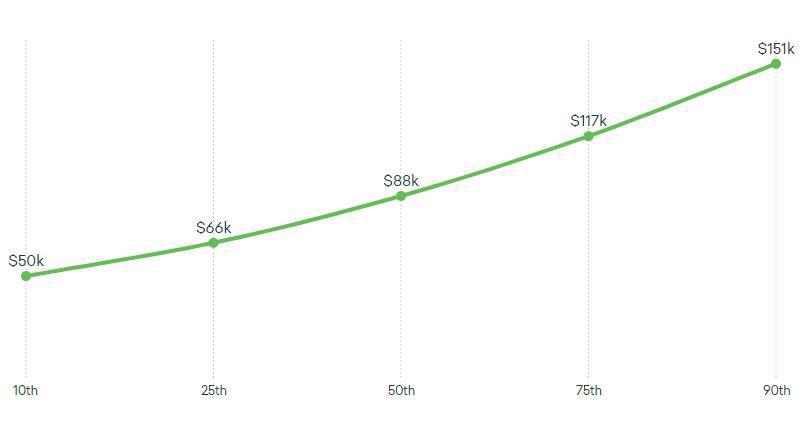 Website development has grown tremendously in Seattle, nationally, and globally. But, when we focus close to home, many community colleges offer a degree in web development specifically, so you don't have to get a full computer science degree.

There are even many online resources with free courses.

Some people with excellent web developing jobs don't even pay anything for school to get where they are right now.

Here in Seattle, there are also short-term programs where students can get certifications. It's always good to check local schools.

The best part about these schools and programs is that it costs little to no money than other 4-year universities and boot camp options.

Web design & development in Seattle will always be needed. There are so many web design agencies and development companies to work for in the area, from the small web development agencies to ones that require teams of developers, web designers, and online marketers to manage the day-to-day running of websites.

Custom web development is when someone creates a website using unique designs. They will make a page stand out compared to cookie-cutter and typical website designs. Creating a custom web page requires a lot of artistic skills and more than basic coding knowledge.

Whether it's entry-level jobs for recent Seattle graduates or experienced web developers, you will find one that fits your credentials.

You can work for multi-billion-dollar companies like Facebook, Microsoft, and Amazon, to name a few of Seattle's small web design agencies!

The demand is overflowing! There are not enough skilled individuals to fulfill the vacancies.

Have you ever heard of full-stack developers? They're almost like web developers, but they can do both front-end and back-end work.

There's a rumor going around saying that full-stack developers get paid more than web developers do. It depends on the skills and qualities that a web developer brings to the table. Based on such credentials, companies can determine the value and what each developer is worth.

What about front-end developers?

I think of web styling compared to home decorating. Imagine which way you'd like your furniture to be, what color would look best, and where to put your dining table. Wouldn't you want your house to look like crap with everything in odd places and with old rusty furniture? People pay good money to have nice furniture, and individuals hire people to place that furniture in the best spot to make your house look flawless.

Do you still want to become a web developer? If any of these things sound interesting to you, I think you should look into a website developer and see if it's for you. There are many other parts of web development that you can look up online to see if any of them interests you.

I'd highly suggest watching YouTube testimonials because real people tell you how they started and how they got to where they are! I hope my subtle insight into becoming a Seattle website developer has helped? Good luck!

How to Ensure Cybersecurity When Translating Legal Documents

5 Business Benefits of a Shared Inbox

4 Tips to Effectively Complete Your Construction Projects on Time