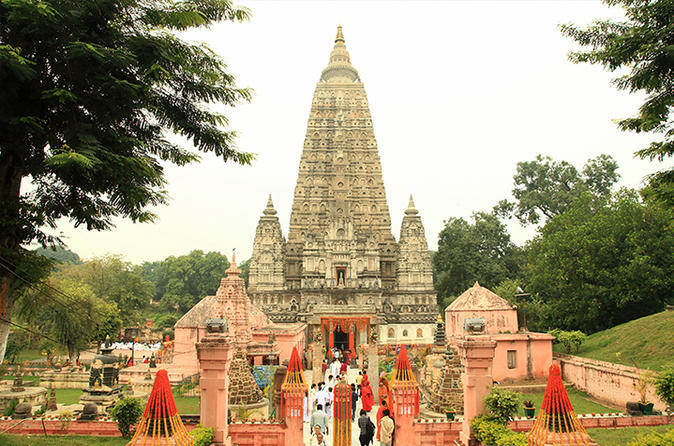 Bihar is an eastern Indian state which has a very long history of more than 100 years. The 13th largest state of the country, Bihar is a neighbor to western Uttar Pradesh, West Bengal and Nepal. The 58% population of Bihar is less than the age of 25, which makes it the largest state of India comprising young people. During ancient times, Bihar was considered as one of the premium places for the center of learning, culture, religion and power.

Bihar is considered as a very beautiful and traditional state in the country that has been divided into 38 administrative districts. This place is known for producing the highest number of administrative and civil services officers in India. A very simple and quick developing state, Bihar has many amazing places to visit and the people living in this part of the state are highly soft-spoken, dedicated and hard working.

Some of the most popular districts of Bihar are -

The capital city of Bihar - Patna has been one of the most popular city for many decades. Considered as the 2nd largest metropolitan city in eastern India, Patna has a rich history and developed very quickly when compared to other cities of the state. In ancient times, Patna was known with the name of Patliputra. The total population of Patna is more than 5 million and is the most populous city in the entire state. Few most amazing and best places to visit when you are around in Patna -

The 2nd largest metropolitan city of Bihar - Darbhanga has been the fastest developing city. With a population close to 4 million people, Darbhanga is the 2nd largest medical hub of the state and will soon have a huge IT hub in the middle of the city. Darbangha has its root connected with ancient history as well and it has been the place for many vaids as well. Some of the popular places in Darbhanga are -

A simple and most popular district of Bihar - Aurangabad has been growing and developing rapidly. Situated on the NH-19, this place is popular for the people speaking the language of Magahi. The population of this place is near around 2 million and has got many attractive places that bring thousands of tourists every year. The city is equipped with temples, pilgrimage places and many historical places. Some of the popular places of this city are -

These are some of the best places that you may visit in Bihar if you are around with your friends or family. It is a wonderful city of tradition and culture and you will love the hospitality of the generous people living in the city.

Digitalmaurya I am Pravesh Maurya as a blogger and expert Content marketer also providing Paid and free guest posting services at affordable price. I am owner of http://digitalmaurya.com and www.travelmansoon.com

How to Pass Your Driving Test with an Earlier ...