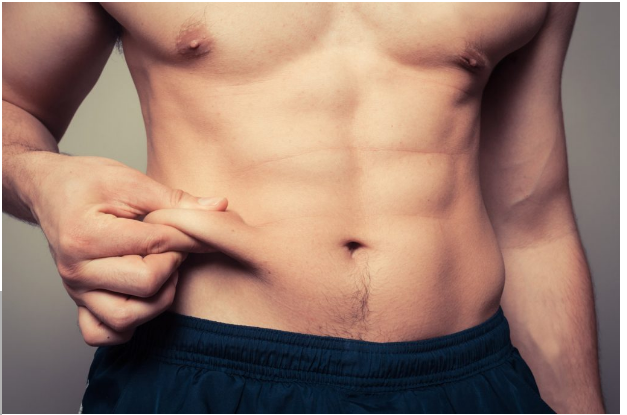 The female body is typically in the shape of an hourglass with a narrow waist and wide hips. The fat distribution is also regulated differently in a genetic woman. Your body is better "padded" - especially at the hips.

This makes the contours appear softer and generally more feminine. If the body is to become more feminine as part of a feminization operation, then we can redistribute the fat with a liposculpture and give the male body a new shape.

Make the body more feminine with a liposculpture

The female body is fundamentally contoured differently than that of the man. A feminine silhouette is characterized by the female breast and the typical hourglass figure: a narrower waist and a relatively wider hip.

A woman's bottom also has a higher percentage of fat than that of a man and is generally larger. All of these zones can be shaped with a liposculpture in such a way that a male becomes a female body shape.

These are the advantages of liposculpture for body shaping

Breast, hip and buttock augmentations can also be performed with implants. However, the placement of implants is a much more invasive procedure. The introduction of a foreign body is always associated with more risks and side effects than the alternative of fat transfer.

It is very efficient, minimally invasive and produces natural results. In addition, the fat transfer is always preceded by liposuction, so that at the same time, for example, the abdomen or thighs can become slimmer.

Which areas of the body can be shaped as part of a liposculpture?

Rebuilding the female breast is one of the first operations performed in the context of gender reassignment. Patients who have already started taking hormones for gender reassignment before puberty often naturally get a female breast due to the estrogen. The later the hormones are taken, the more often a surgical breast augmentation is necessary. Breast augmentation can be performed with implants or with autologous fat. Inserting implants can be difficult in the genetic man because there is more muscle and the skin around the chest is generally firmer. If the patient opts for a breast augmentation with autologous fat, the procedure usually takes place in several steps so that the skin has time to stretch.

Liposculpture is also the method of choice for enlarging the hip. Fat transfer to hips is the way to go but impants can be used if needed. The two-sided transfer of fat gives the silhouette rounder, softer shapes.

Liposculpture to enlarge the buttocks

The male buttocks are naturally flatter and not as voluminous as those of a woman. Therefore, many transgender patients wish to have their buttocks enlarged as part of the feminization of their body. This procedure can also best be performed with autologous fat. This procedure is also called the Brazlilian Butt Lift. This form of buttock enlargement is particularly suitable for transgender women, as the simultaneous liposuction, for example on the abdomen, gives the body a more feminine contour in other regions.

Procedure of a liposculpture for body shaping

The general process of a liposculpture always follows the same steps.

the first step, the fat cells are removed from the body where there are enough fat cells. In most cases, this is either the abdomen or the thigh. The fat cells are sucked off with a blunt hollow needle and a special suction device.

The extracted body fat is then filtered and separated from blood, oil and other substances. This process should be done as quickly as possible so that as few fat cells as possible die off.

The processed fat is injected into the appropriate part of the body that is to be shaped. In order to improve the growth rates, we only work with a very small amount of fat per injection.

Since some of the transplanted fat cells do not grow, the procedure can be repeated after 6 to 12 months until the desired result is achieved.

You can do following things yourself to improve results

It is very important that you avoid pressure on the transplanted areas. Otherwise it can happen that the fat cells migrate and undesired deformations occur. After the procedure, you will receive a pressure bandage that must be kept on. Avoid exercise, heavy lifting, and other physically demanding activities for 3 weeks.

Is the result of the lip sculpture permanent?

About 60 percent of the transplanted fat cells stay in the body permanently, the rest is absorbed again. How high the percentage of growing fat cells actually is depends on several factors. First of all, it is important to work up the removed fat cells very quickly and to use them again as soon as possible. That improves the growth rates. In addition, the more fat cells grow, the better the area of ​​the body is supplied with blood.

5 Ways To Stay Motivated & Focused To Achieve Your Goals

What is the Grace Period in Retail Health Insurance Plans?

What is a Urologist? What They Do, Procedures, and More