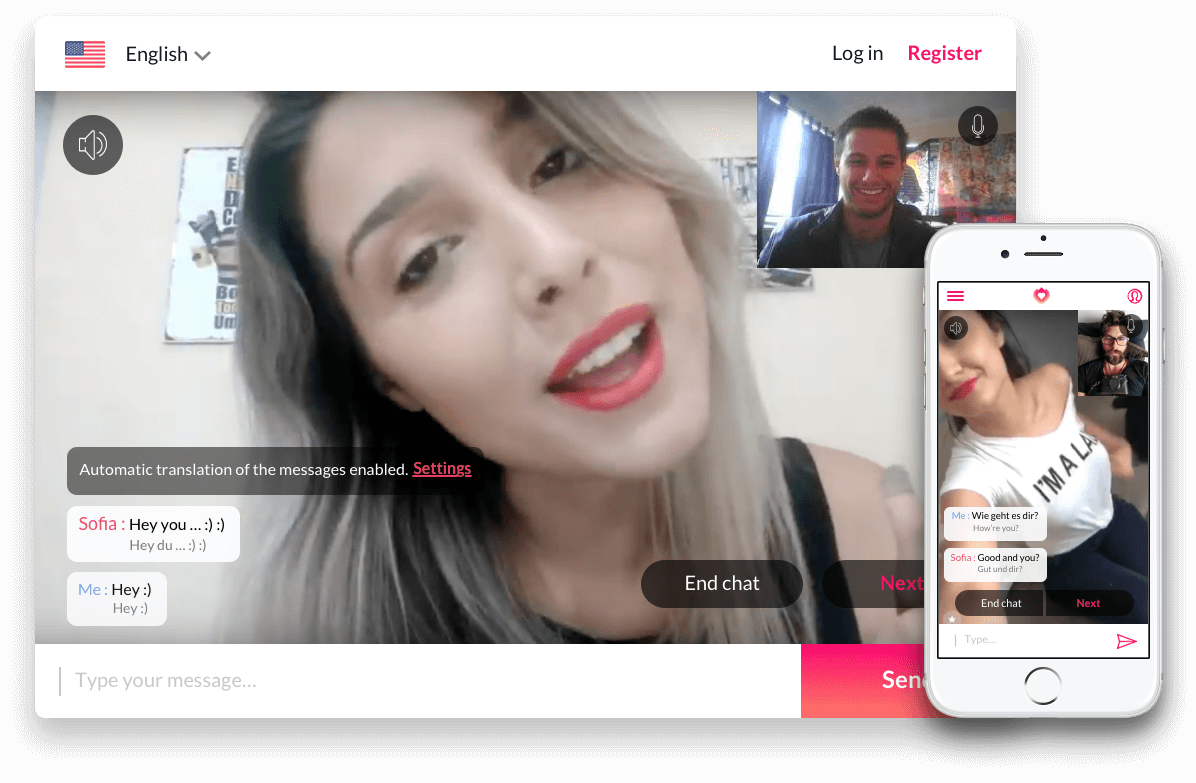 In 2019, like it was a premonition, three French co-founders launched a chat site allowing people from all over the world to chat and virtually flirt together through live video chat, without having to meet in real life. This is called LuckyCrush, and during the first Covid lockdown, it recorded +50% registrations as well as a +200% time use per member. On LuckyCrush, relationships start and end on the site. They are purely ephemeral. The site even prohibits users from sharing personal contact details to make sure it remains safe, anonymous and ephemeral.

How does it work? LuckyCrush is a chat site which randomly connects guys with girls and girls with guys. If users don’t like their partner or want to end a chat, a single click on ‘next’ allows them to instantly end the chat and switch to another random opposite-sex partner.

The site is currently optimized for straight people and especially straight men who struggle finding a partner on traditional random chat sites like Omegle or Chatroulette, where they have to click ‘next’ hundreds of times before they get paired up with a female partner. Indeed, like on most da- ting apps, there are more males than females, it’s not a surprise!

On LuckyCrush, once the user has selected ‘male’ as his gender, he can be sure he will only match with girls and vice-versa. There is an automatic gender filter. Furthermore, registrations are even regulated so that there are always approximately 50% men and 50% women online at any time. The goal is that no one waits too long before being paired up with a partner, no matter their gender, with a maximum probability of having both of them interested in each other (that’s why only straight opposite-sex partners are matched together at the moment).

The site is available both on mobile and laptop. There is no need to even download an app to use it on your smartphone, as the site and video call features can be used from your browser like any other website. After one year and a half, the site claims it has more than 1.5M users from 100+ different countries.

One of the downsides the site met when it was launched was related to the fact that it randomly pairs strangers from different countries. A lot of people had to use a translator in another browser tab to translate all the messages they were receiving and sending, which was quite inconvenient. Therefore, they quickly developed an automatic translator allowing users to write in their language while having their messages automatically translated into their partner’s language and vice-versa. Now users can talk with strangers worldwide as if they were talking with their neighbors when asking the founding team how they managed to get so many female members on their site, compared to random chat sites and apps which are often avoided by girls, they answered that their auto moderation system is widely responsible for their success. Indeed, while you can find pretty dirty things when browsing on Chatroulette or Omegle, on LuckyCrush, if a user is reported three times within 24H, they get a lifetime ban. So on LuckyCrush, female members
have the power to ‘clean’ the site from rude male members, which is often the reason why girls don’t like random chat sites.

But is it really safe? On LuckyCrush, the only thing that your chat partner can see is your user- name. And if you don’t want to show your face to strangers, you can also choose to not show your face during chats. So in a sense, you can remain completely anonymous whilst having fun with strangers online.

Of course, never forget you are chatting with strangers. Even if your partner looks nice and friendly, you never know what their real intentions are, so always be careful regarding what you say and show on camera. Basically, never say or do something you wouldn’t do in public. This is the best way to avoid having sensitive pictures and videos of yourself posted on the web.

What’s next for LuckyCrush? Although the launch of this site was initially perceived as a joke by the founding team, it quickly became a million dollar business and the team had to transform their site into a real startup company with marketers, engineers and funds to develop their platform. Even though they have already received several buyout offers, their only goal, according to them, is to become the hottest and funniest chat site on the web.

Ultimate Vacation Life Hacks For Your Next Tri...

What Is SextPanther and What Makes It Differen...