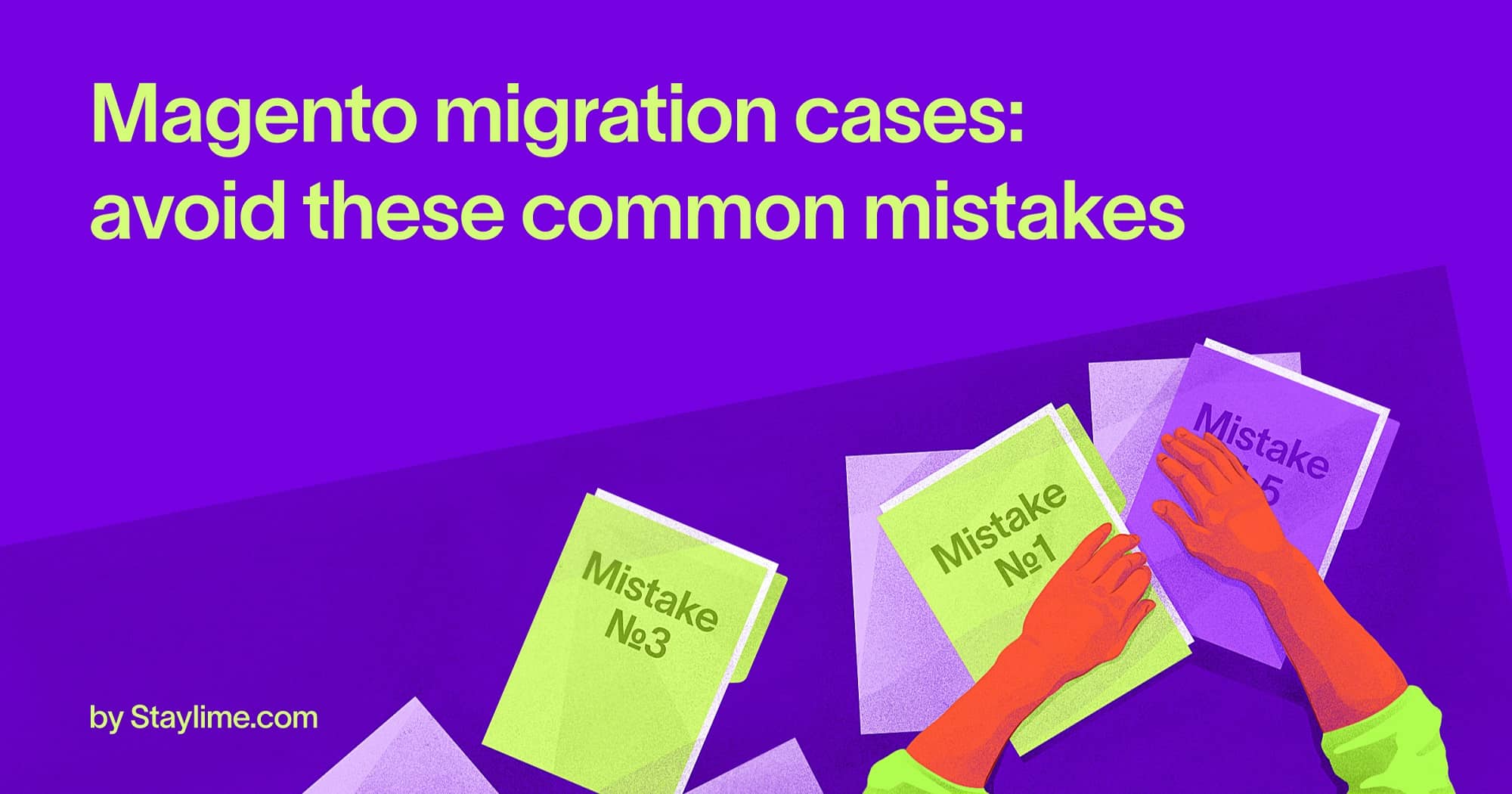 Magento is a popular ecommerce platform, processing over $155 billion in total merchandise per year. It is one of the most used CMSs for creating online stores worldwide due to its powerful, scalable architecture. In 2020, Magento was recognized as a market leader by Gartner in its Magic Quadrant for Digital Commerce report. Magento 2 was released in 2015 — although the name hasn’t changed much since then, it is an entirely new ecommerce platform that has taken all the good qualities from its predecessor and was built with its weaknesses in mind.

The most crucial difference between the two platform versions is that the developers’ attention is now wholly focused on Magento 2, since the first version was discontinued on June 30, 2020. From that point, you cannot count on the support of the previous version, including periodic fixes of critical errors and security updates.

The developers of Magento 2 considered the weaknesses of its previous version and focused on the advantages over competitive systems. However, there are significant differences between the platforms, both in terms of interface and functionality. If you plan to build a new store, its functionality will be much more challenging to implement on Magento 1. The migration between platforms takes a significant amount of time to identify all the requirements and the relationship between third-party extensions, so we recommend starting a discussion about migration as soon as possible. Considering that many unexpected issues can arise during a migration, many store owners make mistakes at this stage.

Magento developers can help you draw up a migration plan, develop and configure extensions, and execute the migration. Using extensive experience with migration, Staylime prepared real-life Magento migration cases to help you avoid repeating these mistakes.

One store owner asked his outsource Magento team to install the same extensions that he used in the Magento 1 store on the new Magento 2 store. The job was done, but when the client checked the result, it missed his expectations: everything looked completely different compared to his Magento 1 store. As a result, the store owner asked us to streamline the extensions’ functionality to ensure the desired state.

You need to study extensions’ functionality carefully when migrating to Magento 2. You need to know exactly what they do and whether they suit your needs.

Mistake 2: Entrusting the Migration to a Cheap Vendor

An adult goods store owner hired a foreign Magento migration vendor, who offered significantly lower prices for their services than reliable Magento agencies. After they completed migration, the owner applied to us to catch up on a few little things. After fulfilling the owner’s order, the store was launched. But soon, the client stopped receiving orders from his website. Customers simply couldn’t find it: store product pages were no longer featured in Google’s search results. The store owner ordered a basic SEO audit from Staylime, and we discovered the problem. After examining the situation in detail, we uncovered that the ready-made theme installed by the vendor had incorrect HTML markup. For example, the heading was wrapped in a <span> tag instead of <h1>, and although it visually looked like a heading, it was not treated as such by Google. Thus, all the product pages our customer used to rank for dropped out of Google search.

We made the appropriate changes, and the owner’s site started restoring its positions in Google.

Double check the theme you’re about to install for SEO issues before buying it and especially before going live.

One renovation store owner hired our team to migrate from Magento 1.7 Open Source to Magento 2 Commerce — this was due to their site’s increased traffic and the need for enhancements to the store’s functionality. As an investment banker in the past, our client was deeply concerned about his store data’s anonymity. We received a database dump from the customer, and that was the only thing we were allowed to lay our hands on. In addition to this, the customer decided to ditch the self-hosted edition of Magento in favor of Magento Commerce Cloud. During the migration, our team also had to deal with custom Magento extensions, which further increased the task’s complexity, given the restrictions imposed by the store owner.

On top of that, when the migration was finished, we found that the migrated database was full of redundant records of long-unused extensions that were previously installed. All this resulted in increased time and additional efforts required to perform the migration. Despite everything, Staylime completed the assigned tasks with grace.

You should give your vendor full access to the store and the server it’s running on. If you still have concerns about security, work with trusted Magento vendors, and develop contracts that will protect you from the legal point of view.

Mistake 4: Hiring Designers Who Haven’t Worked With Magento or Ecommerce

Throughout the years, there were several online store owners who hired third-party graphic designers that had no experience in ecommerce and in Magento in particular. The developed design did not fit the specifics of Magento’s layouts. Besides, there was no UI-kit, and there were no design mockups for tablets and mobile devices. These owners then turned to us to develop unique Magento themes based on the mockups provided. Our team had to fix the existing flaws and adapt the designed mockups to the Magento layout’s specifics. This could have been avoided if customers had initially ordered an experienced Magento agency to design the mockups for the themes.

Hire only proven teams with experience in Magento or at least ecommerce in general. The best solution would be to hire a single team to do all the work. It will also make it easier for you to control development.

Mistake 5: Forgetting to Back Up Store Data

Oftentimes, companies forget to make constant database backups during the migration to Magento 2. One of our clients, an adult goods store owner, may have experienced the serious consequences of his forgetfulness. On the eve of the Christmas holidays, his staff member, filling the store’s content, changed the structure of the catalog without understanding how to do that and not messing up everything. This completely broke the structure of the catalog and left our customer thinking that the entire migration will have to be done again from scratch to remedy the situation. Thanks to our practice of doing backups every day, we managed to quickly roll back the catalog and saved the day.

It would be best if you or your migration vendor made regular backups of the database during migration. This will preserve the achieved progress and prevent irreparable consequences when you migrate to Magento 2.

One of the most prominent US online strap store owners acquired a new store based on Magento 2. Everything was ready to launch, but instead of going live, the owner delayed the launch of the new store because he was worried that the staff would not be able to work with the new system without proper training. At the same time, the funds continued to be allocated to support the existing Magento 1 store.

You and your team should be ready to learn. Modern solutions can provide many benefits for your business, but they can take some time to master. So is the case with Magento 2 that is different from its old counterpart on so many levels.

This kind of issue happens very often. One of the Magento migration cases we had was when a store owner decided it was a good idea to simultaneously install multiple SEO extensions for their store. The problem is that, usually, extensions from different developers begin to conflict with each other. This is especially true when it comes to SEO extensions. This translates into incorrect guidelines for search engines, such as indexing or not indexing individual pages, adding a large number of duplicate SEO tags in the HTML layout, or a double meta-description. It is crucial to have experience in setting up SEO extensions to promote your store.

More does not necessarily mean better. Instead of trusting your business income to a bunch of extensions, it’s best to turn to a professional if you want proper SEO configuration.

A Reliable Vendor Can Help You With Your Magento Migration Cases

There are many scenarios where a Magento 2 migration backfired on a business, costing more resources and devouring precious time. It is impossible to predict absolutely everything. Magento 1 store owners often encounter the new version of the platform for the first-time during migration and make mistakes that could have been easily avoided. An experienced agency can render Magento migration services to help you move to Magento 2 smoothly, as they have extensive expertise in identifying and resolving various issues that may arise during migration. 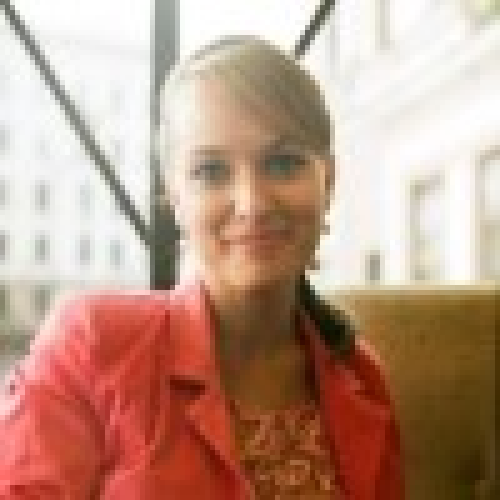 How to Use 3D Product Displays in Your E-Commerce Strategy

Pros and Cons of AWS

What Is the Best E-commerce Platform to Start Online Business 2022: A Comprehensive Guide