Ever thought of how luxuries in life look like? If not, you need to know about Muhanad Besh who is known by his name Rich on social media. He is an emerging name exploring the lavish life of Dubai. His life is no less than a celebrity and he strongly believes that nothing is impossible to achieve. Born on September 8, 1994, his life changed after his first gig which happened when he was studying in Russia. Many global brands including Louis Vuitton, Gucci, Prada, Balenciaga, Hermes, Versace, Armani, Alexander McQueen, Burberry and many more have made collaborations with him. With being a fashion influencer, he loves adventure sports like skydiving and bungee jumping.     View this post on Instagram

His Instagram profile, ‘rich_official_pro’ will surely take everyone on a ride as it is all about his travel experiences, fashion and exotic cars. The influencer owns many luxury cars including Lamborghini, Mercedes, Porsche, Bentley, Range Rover, Audi and Ferrari. “Cars have fascinated me and how. My dream is to own all the best cars in the world one day”, he said. Moreover, Rich has been invited on several sports events featuring these brands and he has got innumerable clients who have been influenced by his wealthy lifestyle. Currently, Rich is by far the most popular digital marketing influencer and people can’t get enough of his exceptional work.     View this post on Instagram

Furthermore, Rich at the age of 25 has pulled up his socks and has climbed the ladder of success by getting into a lot of sports betting businesses. The biggest highlight of his life was his meeting with Salt Bae. “We can truly discover his work of art and everyone should experience his art”, stated Rich while he was all praises for Salt Bae. Apart from this, he spent his early life in Russia and he pursued his education in pharmacy because of his parents’ insistence. Well, while he was growing up he discovered his love for blogging and his life changed after he bagged his first job as an event planner for a Russian artist. Little did anyone know that Rich would go this far in his career and today he is one of the wealthiest fashion bloggers of Dubai.

In recent years, influencers have been ruling the rooster and social media has become one of the best careers. The latest name on the block who is ruling the internet is Muhanad Besh, widely known as Rich. Born on September 8, 1994, in the Middle East in a high-class family, he spent his early life in Russia where his family had the export business. As a child, he dreamt to be a tennis player but on the insistence of his parents, Muhanad pursued his education in pharmacy. While growing up, the young lad realized his passion for blogging after which he got into the world of influencers and became the one.

Many wealthy brands including Louis Vuitton, Gucci, Prada, Balenciaga, Hermes, Versace, Armani, Alexander McQueen, Burberry among others have made associations with Rich. If you are fond of luxurious things, the 24-year influencer is the perfect one who will make you explore some of the best shopping destinations in Dubai. His career began when he bagged his first job as an event planner for a Russian artist and that was a turning point in his life. Later, Rich collaborated with various other brands worldwide establishing himself as the most influential blogger. Besides this, the influencer is also a huge fan of luxury cars and adventure sports. He is a past master in sports betting and today he is living a posh lifestyle. 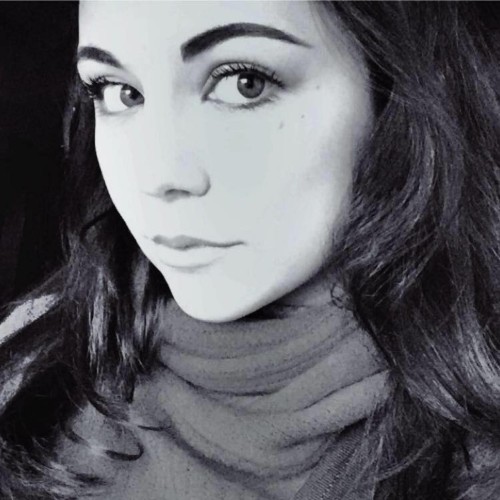 Olivia Wilson
Olivia Wilson is a digital nomad and founder of Todays Past. She travels the world while freelancing & Guest blogging. She has over 5 years of experience in the field with multiple awards. She enjoys pie, as should all right-thinking people.
RELATED ARTICLES
Lifestyle

Tips for Living in a Caravan

5 Good Reasons to Wear a Watch