Anil Agarwal's Vedanta, Aditya Birla Group and the Adani Group won the first tranche of commercial auction of coal mines in India. Thus, further ramping up private participation can possibly lead the mining sector to achieve an exponential growth trajectory in the near future 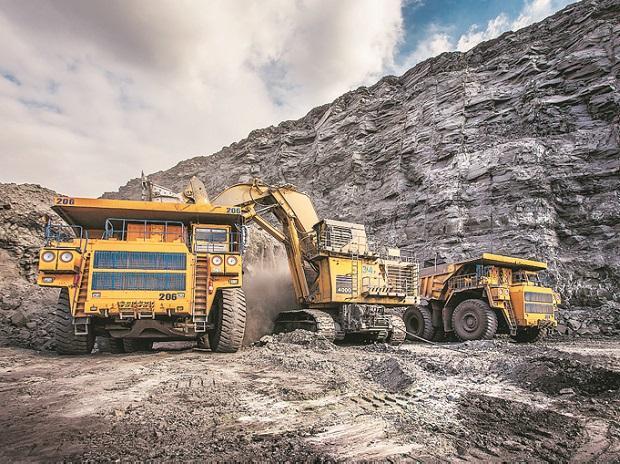 The GDP of India during FY2020-21 shrank by over 7.3 per cent with the mining sector witnessing a contraction of around 5.7 per cent. However, quarter wise, the latter has seen a revival with its output increasing by around 6.1 per cent in March.  Prof Krupesh Thakkar, CFA, HoD of Financial Markets, ITM B-School says that this is because the lockdown was lifted in Q3 and Q4. Furthermore, the government's push for private participation in the sector can also be majorly attributed to this.

Last year, the government announced the auction of around 38 coal mines for commercial mining, with the first round successfully ended in November. Anil Agarwal's Vedanta, Aditya Birla Group and the Adani Group were among the final winners of those coal mines in India that went under the hammer.

While Vedanta Ltd bid the highest for a coal block in Odisha, Hindalco Industries won the auction for another coal block in Jharkhand. Meanwhile, Adani Enterprises Ltd, the flagship company of the Adani Group and the largest coal mine developer and operator in India, placed a winning bid for the Dhirauli mine in Madhya Pradesh. With this, it now owns its first coal mine in the country. Other winning bidders include Aurobindo Realty, JMS Mining, Yazdani International and more.

After having awarded around 19 mines in the first round, the government launched the second tranche of auction in March, which is said to have received a tremendous response once again.

The move by the government was a part of its measures to deal with the pandemic-led economic strain. In fact, the first round of the auction alone, which garnered over Rs 7,000 Cr, was expected to generate employment to nearly 70,000 people. These figures are also indicative of the slight revival that the mining sector has seen in the last two quarters, despite the contraction in the entire FY2020-21. Thus, by further ramping up private participation, the mining sector can possibly achieve an exponential growth trajectory in the coming quarters.

Together with the existence of Mormugao interface that is endorsed by firms such as Vedanta, JSW and Adani Group, institution of marine planets in Goa can prove beneficial to the whole marine sector   Despite a strong marine business, Africa has seen shortage in specialist abilities across particular regions of the business.  In its bid to deal with gap, eThekwini Maritime Cluster has already signed an MoU with Servest, an integrated infrastructure management firm.  It's, once more, testified the significance of marine clusters and the way they could function as the gateway into attaining any goal from the marine sector.  A community of organizations, research organisations and invention components within the marine sector -- marine clusters are becoming increasingly recognized for their part in the sustainable development of the marine industry.  Denmark, for example, was operating on its own marine cluster plan for the previous fifteen decades.  Impact?  Back in India, it was not until lately that the idea of marine clusters was released.  In reality, a draft ready below Sagarmala programme of this ministry of transport showed they are to be among the focal points for economic growth over the coastlines.  But, ramping the initiatives pertaining to marine clusters is the requirement of the hour.

Benefits of Filtered Water for Industrial Use...