Home > Real Estate > Mortgage Vs Rent What Is The Best Option?

Mortgage Vs Rent What Is The Best Option? 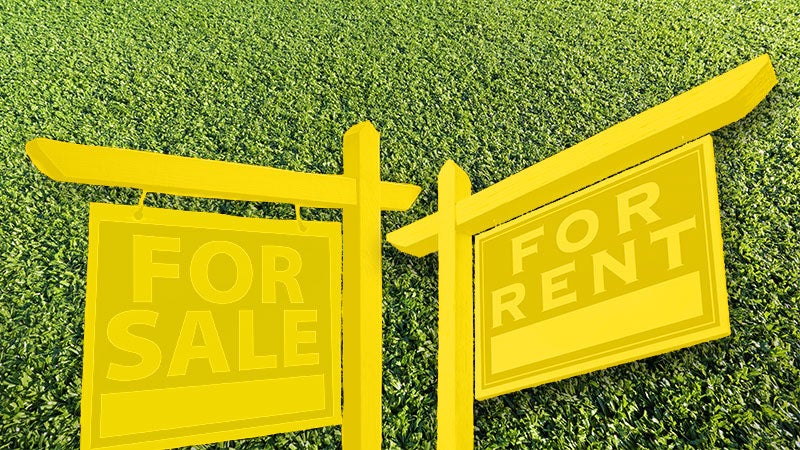 Buy or rent? A simple question but with a difficult answer that goes around the head of many waiting to find which is the best of the two options.

Mortgage, time to buy a house

When it comes time to buy a home, few people can afford to pay for themselves. Most buyers need to apply for a loan from a financial institution in order to pay for the home and, for this, what is usually done is to opt for a mortgage.

This type of loan is made up of two parts. First, there is the main loan contract, through which the selected person or financial institution, the creditor, lends an amount of money to the other party, the debtor. Second is the mortgage as a guarantee that the debtor, or another person on his behalf, provides to the creditor.

In this way, one or more properties are used to assure the entity the return of the money. In the event that said return is not made, the properties may be sold at public auction, collecting the debt.

Here, you can visit the Best Apartment for rent in downtown Dubai if you want to buy an apartment according to your style and priorities of life from Zoom Property.

Now, it is important to note that there are three different types of mortgages:

●       Fixed-rate mortgages: both the interest rate and the installments do not vary throughout the agreed mortgage term and the life of the loan.

●       Variable-rate mortgages: monthly installments are kept constant in each review period, which can be both annual and semi-annual, and are modified in relation to the interest rate applied at the time the installment is reviewed and recalculated.

●       Mixed-rate mortgages: it combines the operation of the fixed and variable mortgage. During an initial period, the bank offers the mortgage at a fixed interest rate that will later become variable, varying depending on a reference, such as Euribor, a foreign currency, etc.

●       The amount to be paid by the client is the same from the beginning to the end of the mortgage term, avoiding any type of surprise derived from the rises and falls in interest rates.

●       Greater simplicity when calculating the fixed expenses with which the family finances will be managed.

●       They are subject to higher interest rates than variable mortgages.

●       They are subject to the payment of a greater number of commissions and higher.

●       Possibility of taking advantage of a drop in interest rates when performing the review.

●       Just as clients can benefit from lower interest rates, they can also be harmed when they rise and the fees to pay increase.

●       The differential must be taken into account since it is the one that defines the interest of the mortgage together with the reference.

●       The repayment terms and commissions are usually those associated with variable-rate mortgages.

●       If it is governed by a fixed interest when the benchmarks are high, the client would benefit.

●       The client would not benefit if he is governed by a fixed interest but the rates are minimal in the market.

●       The commitments required are very tough.

Despite the fact that Spaniards have a remarkable trend towards home buying, it is true that in recent years there has been a change in mentality, economic and social that has caused the take-off of rental housing, which represents a percentage each the highest percentage of total households in the country.

We can define a rental contract as that contract by which one of the parties, the so-called lessor, is obliged to temporarily transfer the use and enjoyment of a property to the other party to the contract, the lessee, who, at the same time, you must pay a previously determined fee for such use and enjoyment.

Remember that if you are the owner of a property and you are afraid that your tenants will not comply with the payment of the monthly payments, you can count on our non-payment of rent insurance through which we will help you whenever you need it.

●       It is not necessary for the client to have a large amount of savings to start renting.

●       The procedures and papers to be completed are less tedious than those that must be carried out when buying a home.

●       Faster when making the decision since, it is easier to change housing in case of making a mistake.

●       Easier to control expenses throughout the month without being affected by spills and other unforeseen expenses. Many of the associated tax expenses fall directly on the owner.

●       The signing of the contract establishes a mandatory relationship between the tenant and the lessor.

●       The permission of the owner is usually required in case of wanting to carry out some type of reform, whether aesthetic or structural. This will depend on what has been agreed upon in the contract.

●       Any investment made for the improvement of the apartment will be lost when it is abandoned. It will also depend on what has been agreed with the landlord.

●       The house will always be in the hands of the owner so that, even if the tenant may spend many years paying, they will never have it under their ownership.

●       Once the duration of the signed contract as well as the mandatory extensions has ended, the owner has the right to decide whether to continue renting the house or not, being able to force the tenant to have to change his address.

●       The rental price can vary. In general, it has a certain increasing trend, that is, it rises each year based on the CPI.

Selling Your House? Here Are The Essential Ele...

Buy Your Dream House in Dapoli...

Flipping Houses for Profit: Tips for Getting S...