Home > Shopping > Moving Up: 6 Tips for Newly Promoted Bosses on How to Present Themselves

Moving Up: 6 Tips for Newly Promoted Bosses on How to Present Themselves 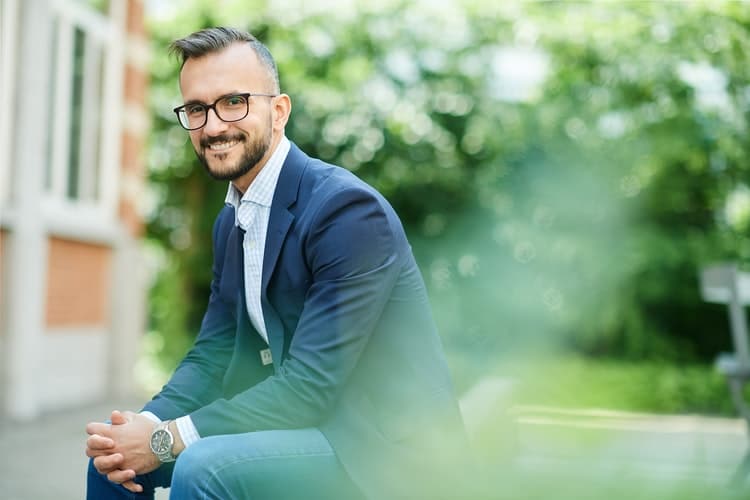 You’ve made it. You’ve been promoted to a higher position in your company. The question is, what will change? Of course, salaries, tasks, job descriptions, and so much more will change. However, should your personality also change? Some might say yes, and it’s worth mentioning that you need to be ready for any changes as it’s part of the job.

Another thing that should change is the way you dress. Anyone who holds an important position in a company commands respect and needs to be taken seriously. However, you won’t command respect if you won’t dress for the part. As they say, you have to dress for the job you want, not the job you have.

It may not seem important to some people, but the way you dress can have a positive impact on how people see you, especially in a workplace setting. If you’re still new to your position, chances are that you might be having a difficult time setting your style. Here are some tips to help freshen you and your wardrobe as you fulfill your job of being the boss:

One of the best ways to say that you’re moving up in the world is to wear accessories. Watches from Longines and other watch companies are perfect additions to your wardrobe. Not only will they make you look good, but they also help create that “elite” or sophisticated look. People won’t be able to  help but notice your style because of your accessories.

Make sure you’re not overdoing it by wearing too much jewelry. A simple watch on your wrist and a ring would do. Wear too much, and people will think that you’re just boasting. Accessories such as watches, bracelets, rings, and even necklaces also allow you to express yourself while at work.

Wearing the right accessories shows that you have a sense of individuality with a bit of creativity. Seeing that you’re someone that most people look up to in the company, you should exhibit how valuable those qualities are to your fellow employees as well.

As mentioned earlier, a lot of things have to change when you’re promoted. However, being promoted doesn’t mean you have to change everything about yourself. You can still be you, albeit a bit “transformed.” Try finding your signature style, so when people see a hint of you, they’ll know that it’s you.

When you want to feel good, you have to look good. And we’re not talking about clothes alone. Your figure should also be good. Make sure you eat, sleep, and exercise right so you can be healthy. Being in a position can be stressful at times. Too much stress, and you’ll have a hard time completing your tasks.

Make sure that your posture is on pace with your style and position. A boss should always have proper posture to show that he or she is on top of everything. Although it’s not conclusive, a boss that slumps all the time can tell their people that he or she is having trouble with something. Avoid that negative impression and look more confident by improving posture.

The Power of Blazers

Whether you’re a boss man or a lady boss, don’t ever underestimate the power of a blazer. Blazers typically resemble a suit jacket but have cuts that make it look more casual. Blazers are perfect for bosses who command respect without terrifying those who look up to them. Using blazers with the right clothing can go a long way. You should also consider layering your clothes when wearing a blazer. In a way, these clothing items are perfect for a signature style.

Although being a boss gives you a certain level of power at work, it doesn’t mean you get to abuse it. One way people abuse this power is by inappropriately dressing because they think they can get away with it. Since you’re with the top brass of the company, you should also look the part. Always be professional in how you look and avoid exposing too much skin.

Always, and we mean always keep hygiene at the forefront of your style. Being clean and well-groomed is just as important as wearing the right clothes to work. Always take care of your skin, keep your nails trimmed or manicured(for women), maintain excellent oral hygiene, and fix your hair.

Whether you believe it or not, when a person fails to keep themselves clean, it sticks to their reputation. You might not hear or notice it, but people will talk about everything, including the way you brush your teeth if you’re not careful. Always be presentable, whether you’re a boss or not.

Being promoted to a higher position is a great way to say that your efforts have been noticed. However, getting a promotion shouldn’t stop you from improving yourself. With the tips mentioned above, newbie bosses such as you won’t have a hard time presenting themselves at work.

6 Tips to Save Money on Clothing...