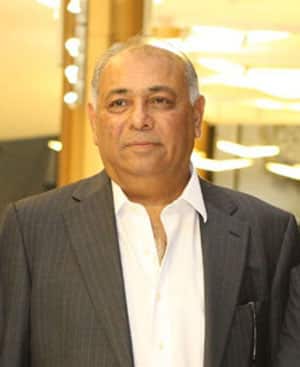 Mr. Muhammad Tahir Lakhani is the leading shipping industry tycoon who became a recognized face as the MD and Chairman of DTA LLC, UAE. He has global prominence and he is also a citizen of the UK since 2009. In the UAE Shipping Association, he remained Vice-Chairman till 2019.

Personal Life and Achievements in Sports

Born on April 27, 1962, Mr. Tahir Lakhani belonged to Karachi's well-respected family. He had a great interest in tennis in his early years. He was the leader of his sports team in early years as an excellent tennis player and also played at Davis Cup to represent Pakistan. He made a significant presence in his school days and brought distinguished honours to his family and nation in the Junior Wimbledon.

He made a significant presence in the world of sports. Later on, Tahir Lakhani decided to test his fate in the corporate industry. He made way to the Shipping industry in his path and came out as the well-respected entrepreneur to fulfil his ambitions and dreams.

Mr. Tahir Lakhani, during the beginning of his career, joined his family friend’s business at a ship recycling yard in Pakistan. He simply worked his mind and heart out for three years and served his 12-hour shift without stopping himself. He was assigned to track and supervise steel plates’ removal from the ships and transfer to a shipyard. Then, these plates were sold to traders at the site as they were moved from decommissioned vessels.

Getting a Head Start in Dubai

Muhammad Tahir Lakhani had gained enough experience in the shipping industry to start his own business. He did the same when he moved to Dubai. With a grand vision to extend his ship recycling venture, he founded the Dubai Trading Agency (DTA) LLC in Dubai in 1985.

Dubai Trading Agency was formed to conduct and sell scrap ships and sell them at the nearby ship recycling yards for decommissioning. He covered all the important cities and countries where he could expand his business.

It didn’t take a long time for Mr. Lakhani to become Dubai’s first vessel cash buyer as he came along with a well-established company. He continued his journey and made his presence by organizing Green Recycling Conference for the first time in Dubai by working with Tradewinds, the world's leading maritime journal.

Mr. Muhammad Tahir Lakhani cracked one of the biggest deals in 1996 of his life. He bought three Adriatic tankers from VLCC and sent them to Pakistan's ports for decommissioning from international waters.

Dubai Trading Agency came up as a leading ship recycling company in 1997 when he became world’s top cash buyers of containers. He started selling over 100 ships every year.

Finally, he decided to expand his business presence. Mr. Lakhani didn’t stop there as he took his shipping company to an international level. To do this, he moved to the UK with family. He executed some crucial plans and built some more industry connections.

Key Shipping Achievements in the UK

In 2009, Mr. Lakhani achieved UK citizenship, and he took the shipping industry in the UK by storm. He frequently visited Dubai after making so many achievements and setting the benchmark in the shipping industry. He finally moved back in 2014 to further improve his business presence and volume. He always promoted the UAE as a leading global and regional hub for logistics and maritime business with his gallant efforts. Nowadays, Dubai Trading Agency has become a prominent name in the ship recycling industry across the world.

In 2018, Dubai Trading Agency gained prominence in the shipping industry at The Maritime Standard Awards by winning “Ship Agency of the Year” award. He feels overwhelmed and honoured for his achievements, and he is looking forward to more prominence shortly

How to Create a Stronger Online Business

How to Create a Product Demo Video in Less Time

Why is digital presence important for any brand?

An Honest Review of BetUS