Home > Health & Fitness > Plastic Surgery History: How And Where Did It Start?

Plastic Surgery History: How And Where Did It Start? 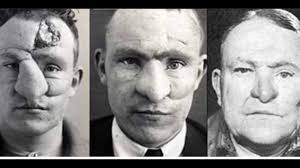 Plastic surgery is gaining popularity every year. In 2019, more than 18 million cosmetic procedures were performed in the United States alone. From laser hair removal and breast augmentation to facelifts and height corrections, these surgeries are improving patients’ life quality. Many of them are highly beneficial for self-esteem, confidence, and health.

When was the first plastic surgery performed? These procedures go a long way back to the simplest surgeries, which often carried high risks. Since then, plastic surgery has come a long way, making the majority of operations safe for eligible patients.

Let’s take a look at the history of cosmetic surgeries compiled by experts in Seattle plastic surgery.

According to some written evidence, plastic surgeries were performed more than 4,000 years ago. In ancient India, surgeons were doing reconstructive operations using skin grafts back in 800 BC.

While in Europe, cosmetic procedures weren’t popular, Asian countries were way ahead. Since eastern medicine was rather advanced, plastic surgery started evolving there. Surgeons were mostly using skin grafts to reconstruct facial skin.

The overall progress in cosmetic surgery was slow. It took more than 1,000 years for the Indian techniques to make their way to the West. After the western countries adopted plastic surgery, they started refining it. During the Greco Roman period, details of different plastic surgeries were recorded and then passed to the following generations.

During that period, a Roman doctor Aulus Cornelius Celsus wrote De Medicina. In the book, he described surgical techniques for ear, lip, and nose reconstruction. His work was available in several countries.

Like in the majority of medical fields at that time, plastic surgery progress was slow. The practice was evolving over hundreds of years. By the 19th century, sufficient research has been done to take a significant leap toward creating medical laboratories and other facilities in Europe and the United States, specifically to perform the procedures.

The first American plastic surgeon, Dr. John Peter Mettauer was born in 1787. In 1827, he performed the first cleft palate surgery. The surgeon used the instruments of his own design. However, the American medical community waited until the end of the 19th century to accept reconstructive surgery. Once they did, the modern history of plastic surgery in the United States began.

Plastic surgery took a huge leap forward during World War I. Severe war-related injuries gave plastic surgeons an opportunity to hone their skills. Weapons wreaked havoc on human bodies, causing severe damage. Some of the most talented doctors dedicated themselves to studying the available plastic surgery techniques and implementing them to help injured men.

At about that time, plastic surgery evolved into aesthetic surgery because doctors realized how important appearance was to self-esteem and treatment’s success.  Men who had an opportunity to regain their facial features had a higher desire to survive than those who were maimed for life.

During that time, surgeons also gained valuable skills related to anesthesia and infection prevention. It allowed them to proceed with highly complex surgeries. Some of them had exclusively cosmetic nature, such as rhinoplasty and breast augmentation.

Plastic surgery as we know it today started to appear in the 1960s. At that time, many important scientific developments gave it a push forward. For example, silicone appeared to become an integral part of breast augmentation procedures.

Initially, it was used for dealing with skin imperfections. Then in 1962, the first breast implant appeared. In the next 10 years, silicone implants became highly popular for augmenting different body parts.

In the 1980s, plastic surgery advocates create a big public awareness campaign to improve the perception of this procedure among the public. By making educational information readily available to the consumers, the plastic surgery industry made another big step forward. Meanwhile, the economic boom of the 1980s made such procedures accessible to more Americans.

Since 800 BC, plastic surgery made several big leaps forward to evolve into intricate procedures we know today. As new technologies and materials are appearing, plastic surgeons are developing better and safer techniques to improve the patient’s appearance and the quality of life.

How Do I Choose A Good Private Consultant?...

Everything Know About Advantage From CBD And B...