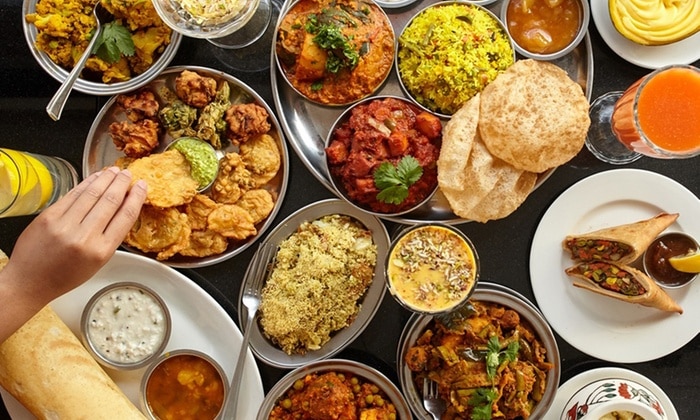 When it comes to Indian flavours there are endless variations that waits. Many people think that they are too spicy to consume but the thing is, one has to choose the right palette because there is one for every taste bud.

The charming thing about Indian food is that, one can be open to wide variations and combination of different ingredients. If one checks out the Indian menu at a Brookline restaurant then these are the most popular food items that one can try:

This is the most popular Indian snack item which one must try when they are going for Indian food. One can have them in evening with a hot cup of tea and the best part about samosas is that, they can be filled with just anything. Mostly they have a filling of mashed potatoes and green peas but they can also have filling made from tomatoes, onions, cauliflower and even chickpeas. They are served piping hot with a tangy chutney to go with. The outer portion is made from flour shell and they are wrapped in a triangular shape with the filling inside and then deep fried in oil.

Pakoras are mostly considered as the fritters. They are made from fresh vegetables mostly but sometimes they can also be made from chicken. This dish is also considered as a very popular Indian snack and one can also have them as a starter before they move to the main dining experience. The main ingredients that are used to make the filling can be many things like eggplants, onions, cauliflowers, spinach and many more which are dipped in the batter of flour and then fried. Sometimes fish and chicken are also used as the filling. They are mostly served with a chutney or a sauce.

This particular dish has a vegetable base where spinach is paired with paneer or cottage cheese. They are mixed together with some combination of Indian spices and become very appealing to the taste buds. Some places also add broccoli, mustard greens, fenugreek and cream along with garlic to the recipe. One can pair them with a plate of white rice or chapatti.Sometimes fish and chicken are also used as the filling. They are mostly served with a chutney or a sauce.

This is a dish of flavoured and roasted chicken which is cooked with cayenne, turmeric, paprika and chilli. They can be spiced up by adding some dried masala on top of it along with a dash of lemon juice. They are served with green chutney or even with some fresh and cold yogurt.

This is another popular vegetarian dish from India which is made from chickpeas, onions, tomatoes, peppers and a blend of spice called garam masala. Sometimes mango powder, roasted cumin and tomatoes are used to make this dish.

It is a dish where the chicken is made with butter in order to make creamy gravy out of it. Not to mention that this is very appealing to the taste buds.

If one wants to find Indian food near me, then most menus will offer these popular dishes.

Outdoor Air, Seafood, and Live Music: A Perfect Local Getaway for You!

Everything You Need to Know About Soaps

The Importance of the Right Keynote Speaker for Your Events

5 Tips for Investing in Any Company Stock