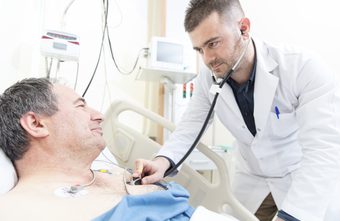 Do you know that the occurrence of asymptomatic heart attack is twice in males as compared to females?

Do you know that the medical term for an asymptomatic heart attack is silent myocardial infarction (SMI)?

As the symptoms of a common heart attack include fatigue, extreme chest pain, pain in the arms, neck & jaw, difficult or labored breathing, sweating, while the symptoms of SMI are confusing and hence, ignored.

What are the risk factors associated with SMI?

Although the risk factors may vary from person to person; however, they are often similar and they are:

Silent heart attacks happen when the heart muscle is affected due to lack of blood supply.

What are the reasons for silent heart attacks in middle-aged people?

If a patient who is 40 years old or younger experiences symptoms such as extreme tiredness, difficulty breathing, shortness of breath, pain in chest/chest pressure, then they are usually ignored or mistaken as a sign of fatigue. However, these signs shouldn’t be ignored and require an immediate diagnosis to avoid further complications. The worst part is when the mortality rate of heart attack doubles if a person had already suffered from a silent heart attack in the past.

In India, one in every four deaths occurs due to ignorance of heart attack symptoms which is one of the leading causes of death among middle-aged males and females. Also, asymptomatic heart attacks show signs during the early 20s and 30s that become incurable once the person touches 40s. However, a timely diagnosis can prevent certain cardiac failure events.

Apart from a heart attack, what are the causes of sudden cardiac death?

Amongst various circumstances, there come two situations that are equally dangerous and lead to sudden cardiac death. They are:

Other reasons responsible are binging on alcohol and smoking, poor lifestyle, unhealthy eating habits, lack of physical activity, obesity that lead to heart problems. If you experience any of the symptoms or have suffered in the past, then there are highly experienced, best cardiac surgeons in Chennai at the top NABH & JCI accredited hospitals. Book an appointment, get treated and live a healthy life!

What are the symptoms of silent heart attacks?

The symptoms are somehow, similar to that of a normal heart attack. However, the following symptoms shouldn’t be ignored:

Any person who undergoes a silent or normal heart attack may feel extreme fatigue even after performing a regular physical activity. Also, a person with SMI is prone to develop two severe conditions - coronary artery disease (CAD) and sudden cardiac death (SCD). Therefore, it is highly recommended to go for immediate treatment to prevent further complications such as the onset of ischemia, cardiac arrhythmias or even heart failure.