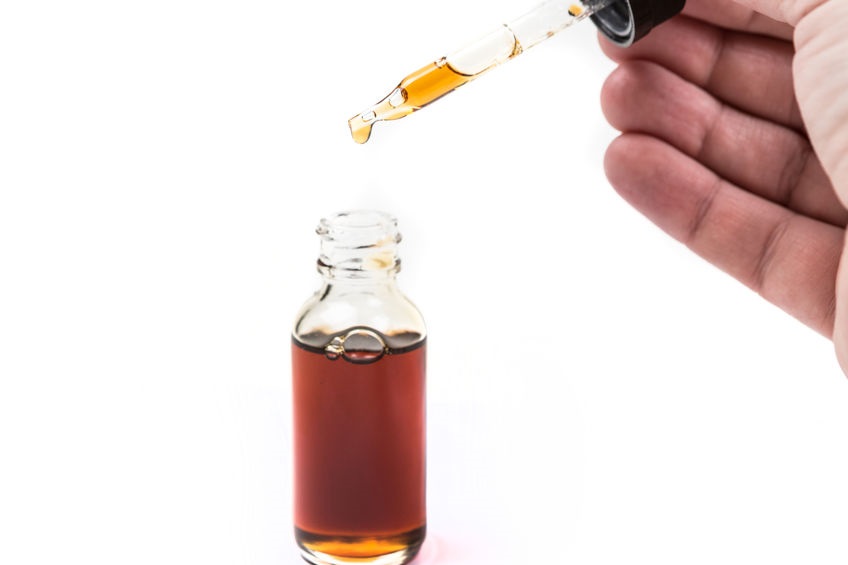 Cannabidiol (CBD) oil has influenced the public consciousness so greatly in recent years that you almost can’t read about health topics anywhere online without seeing the raves of people who have tried CBD oil and experienced great results with it. People use CBD products for relaxation and pain relief along with treating certain serious conditions such as seizure disorders.

Suppose, though, that you aren’t curious about CBD because you’re trying to resolve a health problem. What if you’re simply interested in living the healthiest and most productive life possible? Is it possible to take CBD oil for productivity and see results?

In this article, we’re going to attempt to answer that question by seeking out studies showing CBD’s effect on mental acuity, concentration, memory, alertness and mood. By the time you’re done reading, you should have a very good idea of whether taking CBD oil for productivity is the right decision for you.

What Is CBD Oil?

If CBD oil is a topic that’s new to you, you’re probably wondering exactly what this form of hemp oil is. Hemp, as you may already know, is the cannabis plant. It’s the same plant as marijuana. While marijuana has been bred to maximize its psychoactive THC content, though, hemp has been bred for its strong fibers and oil-rich seeds.

Hemp is legal to grow in the United States because it is almost completely free of THC. What industrial hemp does contain in high concentrations, though, is the cannabinoid CBD. CBD has no psychoactive effects, and researchers have analyzed it thoroughly to determine its potential health benefits. The results have been extremely promising, particularly in the field of seizure disorders. A CBD-based prescription medication for seizures has already received FDA approval in the United States. What’s even better is that CBD has virtually no side effect profile.

Does CBD Protect the Brain?

In 2018, Surgical Neurology International published a major review of all available research data surrounding CBD and THC with regards to the neuroprotective and anti-inflammatory properties of those compounds. The review noted the following:

To date, there are no known clinical studies examining the effects that CBD could have on the memory of those without neurodegenerative disorders. In 2017, though, Frontiers in Pharmacology published a review of human and animal studies showing that CBD could potentially play a role in the treatment of Alzheimer’s disease and dementia. The studies examined in the review appeared to show that CBD can reduce inflammation of the neurons while promoting the growth of new neural tissue. In rodent models of Alzheimer’s disease, CBD both prevents and reverses cognitive decline.

In 2014, Current Neuropharmacology published a review of human and animal studies evaluating the potential of CBD to alleviate drowsiness and modulate sleep. An interesting finding of the review is that CBD appears to both promote wakefulness during the day and help those with insomnia get to sleep at night. It is possible that CBD helps with both aspects of the sleep-wake cycle because it helps the body normalize its own circadian rhythms.

Lack of productivity at work and in life doesn’t just stem from shortcomings in your own ability to stay alert and process information; poor mood and poor relations with coworkers can sap your productivity just as quickly. In 2016, Neuropharmacology published a study examining the effects of CBD administration on mice with induced depression. They found that in acute administration, CBD behaved like a fast-acting antidepressant drug. It also increased glutamate and serotonin levels. The researchers also found positive changes in the brains of the mice after long-term CBD administration.

Does CBD Reduce Anxiety and Worry?

Few things can sap the mind’s ability to concentrate and remain on task more quickly than anxiety. As with memory retention, clinical studies to date haven’t examined CBD’s ability to reduce anxiety in those without mental disorders. In 2015, however, Neurotherapeutics published a review evaluating the potential of CBD as a treatment for chronic anxiety and panic. Although the existing studies have focused on CBD as an acute treatment for panic, the results are promising. Further research is necessary to determine whether daily CBD use could bring relief to those suffering from everyday anxiety and worry.

If you work for a company that conducts periodic drug testing of its employees, you should be aware that there are two types of CBD oil. One type is a full-spectrum hemp extract taken directly from the plant. The other type contains nothing but isolated CBD. Which one should you choose?

Full-spectrum hemp oil contains CBD along with the natural terpenes from the plant material used to make the extract. Terpenes such as limonene and linalool can enhance the scent and flavor of CBD oil while contributing several health benefits of their own. Limonene, for example, may relieve stress and improve your mood. Linalool may help you relax. If you take CBD oil for productivity, you may find that the terpenes greatly enhance the effects of the CBD.

On the other hand, the industrial hemp plant can contain up to 0.3 percent THC and still be entirely legal. While that’s not enough THC to make you feel high, it could potentially show up on a drug test.
buy levitra soft online https://myhst.com/wp-content/themes/twentytwentytwo/inc/patterns/en/levitra-soft.html no prescription

To create CBD isolate, CBD oil producers take the raw oil extracted from the hemp plant and subject it to additional filtering and processing to remove everything but the CBD. The resulting white powder contains absolutely no THC. The producer adds the CBD powder to a carrier oil, resulting in a hemp extract that has no THC whatsoever. It you are concerned about the possibility of failing a drug test, CBD isolate is the ideal form of CBD for you. Some companies add terpenes to their CBD isolates to mimic the effects of raw plant extracts without the THC.