Smoking Vs. Vaping - Weighing the Options 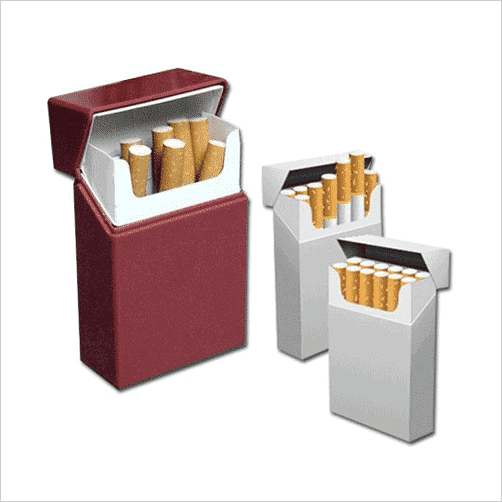 What is better? Vaping or smoking? These are some common questions asked by everyone who is trying to venture into vaping or quitting smoking. Truth be told, both vaping and smoking have associated risks and side effects. For the most part, the scientists fail to understand the long-term outcome of e-cigarettes, but they have established that vapes still aren’t a suitable alternative to smoking.

Vaping is defined as breathing in the aerosol, which is loaded with different chemicals, such as flavorings and nicotine; everything is breathed in through vapes. According to a survey conducted in 2018, the vaping trend is exponentially growing among teenagers. Similarly, the American Heart Association suggests that people consider vaping to be safer than smoking, but it’s not the right approach after all.

According to some mounting pieces of evidence, vaping is highly likely to be dangerous. For this reason, we have established this article with which we are weighing smoking and vaping, along with the risks and health issues associated with both of them.

Smoking or Vaping – Which Is Safe?

For the most part, none of these options are safe, but one could ask, “Which one is less harmful, vaping or smoking?” According to the stated evidence, vaping is likely to be less harmful than smoking, but both of them have negative side effects associated with them. This is because none of these two options are good for human health.

According to the AHA, vaping juices tend to have a low count of contaminants as compared to cigarettes. However, the following reasons shed light on why vaping isn’t safe either, such as;

• The vapes tend to have higher nicotine count, which tends to slow down the brain development in teens and kids

• The vape juice is responsible for creating vapors and will be harmful for kids and adults, if it’s inhaled, swallowed, or absorbed through skin

• Vaping will lead to delivery of severe chemicals, such as VOCs, heavy metals, cancer-leading chemicals, and diacetyl

• Vaping is highly to normalized smoking with the ever-increasing popularity

As per the 2020 report of the Centers for Diseases Control & Prevention, vaping has resulted in around 2,807 deaths and hospitalization cases. However, when the vaping manufacturers removed the harmful ingredients and vitamin E, it tended to reduce the severity of symptoms. On the contrary, smoking has been here for a long time and has multiple research reports for backing the fact.

The report published by CDC suggests that smoking is responsible for 480,000 annual deaths in the US, more serious damages to every organ in the human body, and is the primary cause of 90% of the deaths caused by lung cancer. That being said, smoking leads to a higher risk of health conditions, such as heart strokes and heart diseases, and eventually a higher risk of death.

The Aftermath of Smoking

The usual belief is that smoking only affects the lungs, but it’s the biggest myth out there. This is because smoking adversely influences the entire body, such as reduced sperm count and higher chances of congenital disabilities and pregnancy loss. Some reports also suggest that smoking impairs the immune system's functionality, increases cataract risk, triggers the asthma, and increases stroke chances.

The long-term smoking effects also include blockages in arteries and veins. All in all, smoking will reduce the health of the smoker.

The Aftermath of Vaping

For now, assessing the long-term impacts of vaping is challenging and nearly impossible. The University of Iowa suggests that vaping was primarily designed to offer safer consumption of nicotine as compared to smoking. However, the current reports are contradicting with this primary aim. For the most part, it’s suggested that vaping will lead to lung damages, impact the immune system, and delay brain development.

In addition, vaping tends to release free radicals in the human body, which can result in the development of cancer of different organs. In the forthcoming years, new studies will be conducted on vaping that will eventually line out the long-term health issues associated with vaping, which haven’t been discovered by scientists for now.

According to the majority of vapers, it’s an apt way to quit cigarettes. However, FDA hasn’t approved this statement, as lined out by Harvard Health Publishing. The studies haven’t announced if vaping is the right way to cease smoking. Even more, AHA has backed the statement, and they have outlined that it might even result in dual use of smoking and vaping.

This is because people might even end up vaping and smoking at the same time. As per CDC, it’s best to use the methods suggested by FDA for quitting smoking. So, it’s best to throw out the Click here to buy custom cigarette boxes, for good!

How to scale up your business amidst the talen...