Here's a story of how sportswear became not only a part of many women’s wardrobe but a deliberate fashion choice. This is a testimony on social change, urban transformation, cultural moments and a bit of science on materials.

Associated with country clubs and aristocrats since the turn of the century, tennis has had a profound impact on fashion style such as prep, resort, and collegiate. It shouldn't surprise then that the pioneer sportswear ‘influencers' of the 1920s were two prominent tennis players – Jane Régny and Suzanne Lenglen, who established and sold their lines of active wear for 20th-century women who wanted something different. The associations with high-rolling tennis players have then helped brands such as Fred Perry reach cult status, and then surprisingly, spill onto the streets of the UK with British Mod subculture, becoming a fully-fledged street brand, despite its sporting roots.

Back in the 1920s, sportswear was a term used in the US to describe casual and comfortable clothes that women used to wear for watching spectator sports. In the second half of the century, the invention of stretch fabrics sparked the revolution of nylon athletic shorts, windbreakers, and anoraks, with manufactures experimenting with color-coordinated cotton and nylon jersey tracksuit sets in the 1960s. That's when the iconic blues, reds, and greys have become the mainstream colors that we've come to associate with sportswear. Here we should also mention Bruce Lee who exploded on the big screen in the mid-1970s, making it cool to wear athletic polyester tracksuit in situations that are far from athletic. 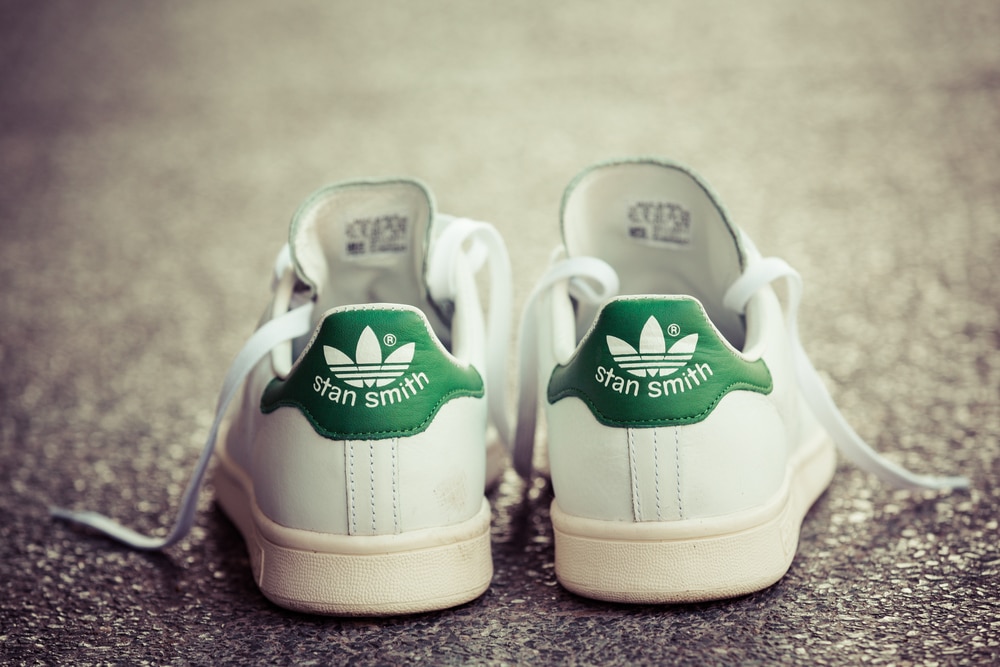 In the 1970s, the sportswear giant Adidas designed Stan Smith tennis shoes named after the greatest tennis player of the era. Those sneakers have long been reserved for sporting types until becoming staple athleisure shoes for Marc Jacobs and other influential members of the fashion community. With many iterations that diverge from original white-on-white, these sneakers have also influenced many women’s Adidas footwear ideas we see today. Another iconic sneaker style that has become a streetwear staple is Adidas Superstar. Popularized by hip hop stars like Run-DMC, their understated but potent three-stripe look lends itself to a variety of casual styles.

What has now become a basis for every athleisure capsule wardrobe had quite unfashionable roots in 1930 as a quilted puffer jacket designed by Eddie Bauer? After having a close encounter with hypothermia, Bauer embarked on a mission to create a warmer jacket than those available at the time. Taking inspiration from Russian military jackets filled with down, he sewed quilted pockets to prevent down from settling at the bottom of the jacket. An outdoor staple favored by hunters and riders until the 1990s, puffer jackets were introduced to the urban scene by New York and Detroit hip hop artists. It didn’t take long before the puffer jacket became an exceptionally stylish sportswear item that works well with jogging pants as well as chinos.

From yoga studios to casual Friday

There’s a widely accepted theory that yoga practitioners found the pants they wore behind closed doors so comfortable that they didn’t want to take them off anymore. Luckily for us, the yoga pants predecessor, the 1970s era unitard never made it to the streets. Some would even say that yoga stopped being freaky and become fashionable when the unitard was cast out once for all.
buy wellbutrin online https://www.parkviewortho.com/wp-content/languages/new/prescription/wellbutrin.html no prescription

In return, yoga pants and much tighter leggings have been fully embraced into the athleisure look, with easy ways to dress them down or up as needed. If you work in a more relaxed office environment, in which denim is considered appropriate, you can even pull a casual Friday in jeggings – which are designed for working out but can perfectly work as a substitute for jeans. It seems like sportswear has made a full circle from purely athletic origins that impact high fashion in the early days to streetwear influencing how sporting brands design and market their lines and the way the athleisure concept is adopted today as every day or even workwear attire.