Sweeping New Changes to U.S. Based Retirement Accounts in 2020 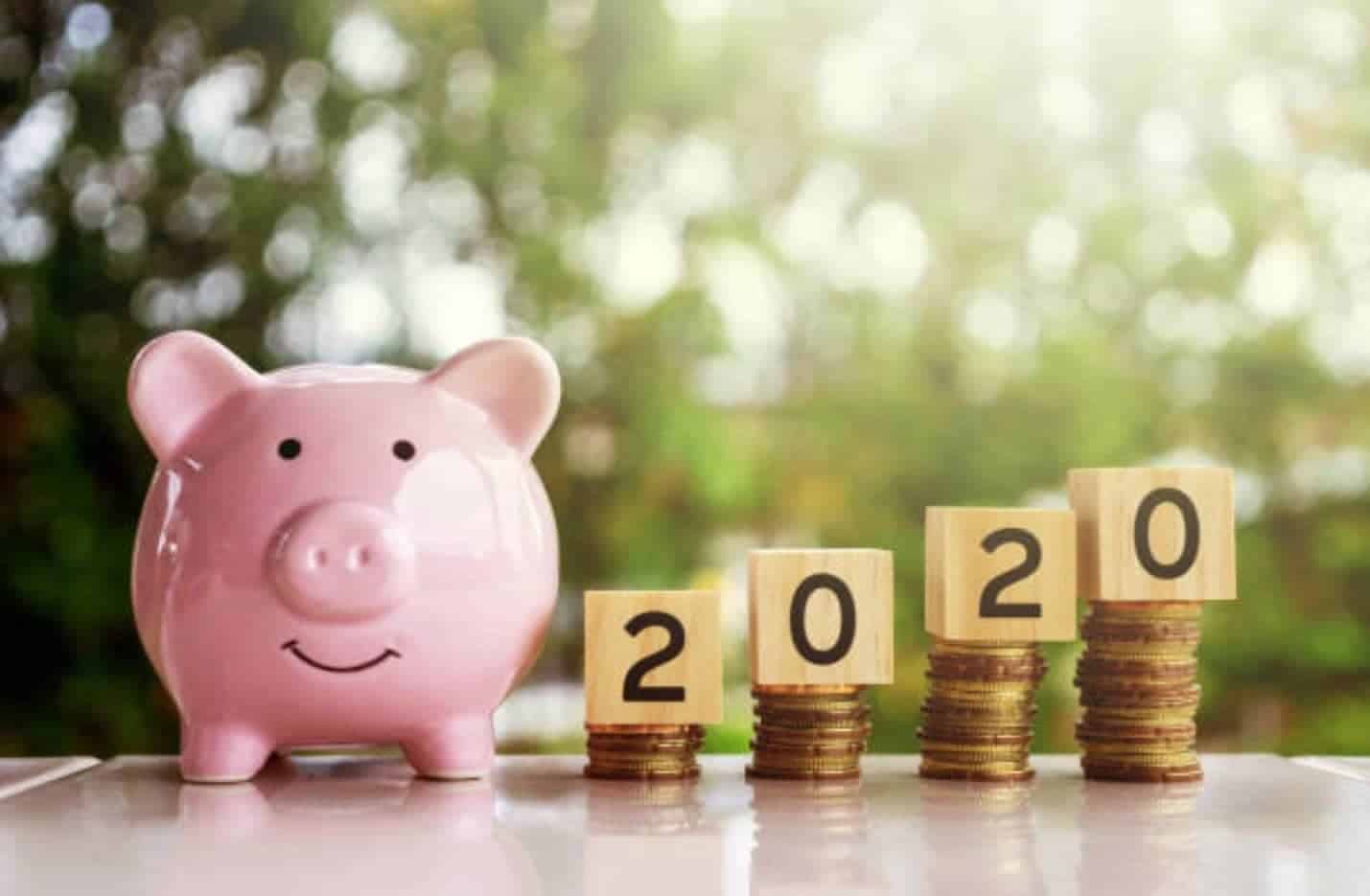 On December 20, the Setting Every Community Up for Retirement Enhancement Act of 2019 – better known as the SECURE Act – was signed into law. This is the most extensive piece of retirement planning legislation passed in U.S. history.  And although the legislation is not as broad as the U.S. income tax changes of the Tax Cuts and Jobs Act of 2017, these new rules will apply to all who participate, contribute, own, or are beneficiaries of U.S. based retirement plans.  Further, the rules also apply to Canadian residents who own such plans or might be the ultimate beneficiaries of U.S. based retirement accounts.

The SECURE Act is comprised of 16 sections of legislation.  However, this article will focus on only those sections that will likely have the greatest impact on you.

To put things in perspective from a Canada-U.S. retirement plan context, many of our clients who hold Canadian based retirement accounts – known as Registered Retirement Savings Plans (RRSPs) – would be required to convert these plans to a Registered Retirement Income Fund (RRIF) by December 31 of the year that they turn age 71.  After that time, the Canadian government requires that a minimum distribution amount must be taken from the RRIF. This amount is based on the account holder’s age and a percentage factor applied to the value of the account as of December 31 of the previous year.

For example, if you were age 73, you would be required – at minimum – to take out 5.53% of the value of your RRIF for the tax year. The factor percentage goes up over time based on age. In 2015, the Canadian Federal Budget was changed to reduce the minimum withdrawal factors, allowing more Canadians to not have to take larger amounts from their Canadian RRIF accounts during retirement.

If you are no longer an income tax resident of Canada, it is important to note that under the Canada-U.S. income Tax Treaty, you are eligible to take the greater of 10% of the value of the December 31 amount or TWO TIMES the minimum withdrawal factor.  This will allow you to take a bit more out of your plan than the traditional Canadian tax resident and only be subject to a 15% Canadian withholding tax.

From a U.S. retirement account perspective, under previous rules, you were required to start taking minimum withdrawals – referred to as Required Minimum Distributions (RMDs) – in the year that you turn age 70.5.  Under the SECURE Act, the RMD age is now increased to 72.  If you have not yet reached age 70.5 by the end of 2019, your new RMD age is 72.  However, if you have already reached age 70.5 by the end of 2019 or are already taking RMDs from your retirement account, the SECURE Act does not change your RMD age.  So, if you are expected to turn 70.5 years old in 2020, you will not be required to withdraw your RMD until you are age 72.

Unlike the minimum withdrawal factors applied to Canadian RRIFs, RMD amounts are based on specific IRS Life Expectancy Tables.  For example, if we were to look at the IRS Uniform Lifetime Table (Table III), at age 73 your distribution period would be 24.7 years. You would divide your retirement account value by the distribution period to determine your RMD amount. The distribution period factor declines as your age increases.  However, by pushing back the RMD start date, the SECURE Act provides another year and a half of continued tax deferral.

Under previous rules, if you continued to work past age 70.5, you could no longer contribute to a traditional IRA.  Starting at the beginning of this tax year, that restriction has been removed.    This means that if you are planning to work/consult past age 70.5, you can still contribute to either a deductible or non-deductible IRA. This further depends on your income, filing status, and participation in another qualified employer-based plan. However, it allows for a $7,000 deductible contribution ($14,000 as a couple) if you met certain requirements.

Note that there is no RMD within those 10 years, but the entire balance must be distributed by the end of the tenth year.  So, conceivably, you could defer any distributions until the tenth year and then take the entire retirement account value that year.  This will require beneficiaries – other than surviving spouses or eligible beneficiaries – to be far more proactive when it comes to their Canadian and U.S. income tax planning as they will have to manage the income tax result caused by the distributions over the shorter period along with their other income tax and financial planning initiatives.

Who is an Eligible Beneficiary Under the New Act?

These individuals include a surviving spouse, a minor child, an individual who is disabled or chronically ill, or an individual who is not more than 10 years younger than the owner of the plan. These beneficiaries can all continue to withdraw from the inherited retirement account over their life expectancies.  However, if the eligible beneficiary is a minor child at the time of the owner of the plan’s death, he or she will automatically be subject to the 10-year rule upon becoming an adult.

Like the current rules, if the beneficiaries are not named or designated – such as charities, estates, or certain trusts – the account must be withdrawn over five years if the owner’s RMDs have not already begun or over the owner’s remaining life expectancy if those distributions have begun at the time of the owner’s death.

1.       Given these new rules, revisit and be proactive with your tax and estate planning
Given the acceleration of RMD amounts to non-eligible beneficiaries, it is important to understand the impact of the greater level of wealth that might pass to your children and the financial, tax, and estate planning implications to them. In some cases, it might make sense to leave your retirement account to a charity and consider the role of life insurance to benefit your children or the role of a Charitable Remainder Trust (in the U.S.) to maximize legacy benefits for your family.

2.       Revisit the role of ROTH Conversations
In certain cases, this can be a great planning opportunity for those choosing to leave the U.S. and establish Canadian income tax residency in retirement. However, while ROTH IRAs are subject to RMDs when inherited, the distributions are not subject to income tax to the beneficiary. Given the now overall lower marginal tax rates in the U.S., it might make sense to convert money from your traditional retirement account to that of a ROTH IRA. Even though the 10-year rule would still exist for non-eligible beneficiaries, the distributions would not be taxable over that period.

4.       Revisit your Comprehensive Financial Plan
If you are a likely beneficiary of a parent or family member’s U.S. retirement account, this could have significant Canada-U.S. financial, tax, and estate planning considerations.  It could change the level of inherited wealth in a much more dramatic – good, bad or ugly – way.  It is important that you work with Cardinal Point to determine the potential impact and planning opportunities that might be available to you and your family.

·         Finally, if you are presently taking RMDs from your U.S. based retirement accounts or are already the beneficiary of an Inherited IRA or ROTH IRA account, you are grandfathered under these rules and the new provisions will not apply to you.

Suvangkor Chakma I'm a blogger by profession & digital marketer from heart which allow me to do business & value to lives. Passionate about sharing knowledge as well as helping business owners who want to expose their brand or blog to a large audience, drive huge traffic for business online & get desire ranking on Google through the links building strategies.

Step by Step Guide to Making a Long Term Inves...

CTC Calculator You Are Searching For...