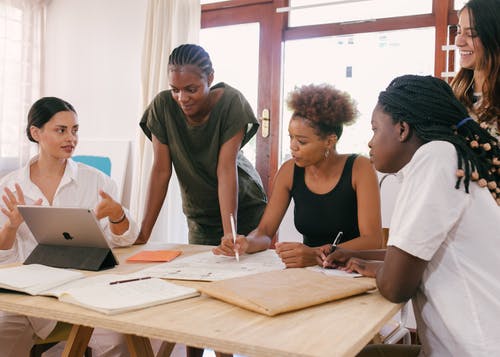 The US is considered to be a developed country and yet, it still suffers from broadband issues— high service cost, internet inaccessibility to certain areas, and low-speed internet.

The government has finally taken a huge initiative to resolve these issues as the Biden administration proposed a $2.3 trillion infrastructure plan. From this, $100 billion will be allocated to an eight-year infrastructure plan to establish “future-proof” broadband. The said plan aims to get millions of Americans online powered by low-cost and high-speed internet.

Although this plan sounds promising, the details of its implementation are still in a grey area. However, it is noteworthy that this move implies a new vision of activist government finally taking matters into its hands rather than leaving the problem to private companies.

The digital divide was made worse by the pandemic as millions of Americans from rural and even urban areas find themselves scarce of internet connectivity. According to the White House, more than 30 million do not have access to high-speed internet, while millions cannot pay for it.

Even after spending billions of dollars to extend the reach of broadband providers to rural and isolated communities, the divide still persists. A government watchdog report revealed that $47.3 billion was spent on these programs in the years 2009 to 2017. In the next decade, $20 billion is allocated for rural broadband and $9 billion for 5G wireless internet in urban areas. The pandemic has also forced the government to enact three heavily-funded broadband relief programs.

Gigi Sohn, a former FCC official during the Obama administration, raised her concern about the low-speed internet in rural areas. The current administration is set to turn things around as it tries to build “future-proof” networks in rural and isolated areas.

The issue with broadband connectivity involves everyone, both democrats or republicans. Some Democrats in Congress expressed their disappointment regarding the $2.3 trillion plan, describing the funding as not enough. Senate Minority Leader Mitch McConnell of Kentucky also described the plan as a “Trojan horse,” which could possibly lift the economy but result in higher taxes.

The Republican ranking member of the House Energy and Commerce Committee, Rep. Cathy McMorris Rodgers of Washington, said that Biden’s approach is wasteful and that instead of resolving the digital divide, it would negatively affect the private investments in their networks. Sen. Roger Wicker of Mississippi, the Republican ranking member of Senate Commerce, raised his concerns about the possibility of overbuilding or the act of spending more than enough money in improving the slow connectivity in areas that already have broadband access.

On the other hand, Sen. Amy Klobuchar of Minnesota and Rep. James Clyburn of South Carolina, Democrats of the House Majority Whip, expressed their support to the administration’s approach and even legislated their own $94 billion major broadband plan.

The broadband industry raised some issues

Broadband providers share the concerns of the Republicans. The NCTA, a cable lobbying group, expressed their disagreement with the White House proposing that the government should take on the responsibility of operating the internet rather than private technology companies. The group also raised their concern about price regulation which was not mentioned in the proposal.

The CEO of USTelecom, Jonathan Spalter, described the administration’s plan of investing in networks owned by local governments as the “wrong approach.” He warned about the possibility of the taxpayers taking the blow if the project fails.

Tools and Tips to Keep Your Business On Track...

What kind of role do SMEs play in changing Ind...

How improving the safety of your lone workers ...