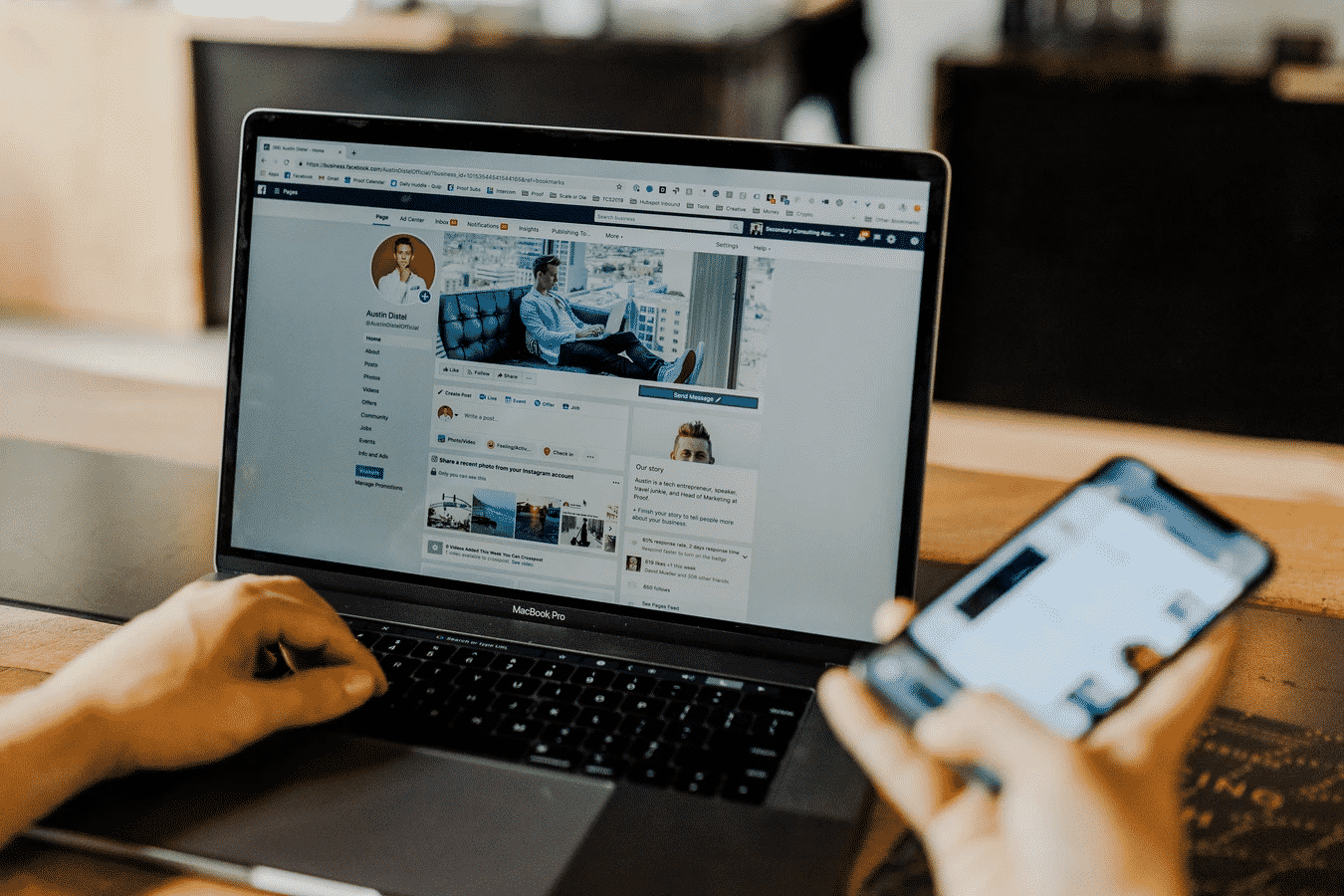 When the digital marketing era first began, most businesses focused their energies on topics like designing company blogs, learning how to use algorithms, creating and advertising via digital marketing and social media, and determining their ratings in search engine rankings.

On a regular basis, people consume multimedia content to the point that there is some debate on whether traditional media channels will be phased out in the near future, and the digital market will completely take over. Traditional communications companies and divisions have seen significant consumer turnover as a result of technological advancements due to being able to meet a wider audience within a limited amount of time.

People have shifted to laptops, phones, and computers, growing in tandem with companies and advertisers who have become more technologically savvy over time with the way consumers interpret marketing content.

A Short History on the Internet and Digital Marketing

In the 1990s, the word "digital marketing" was coined. With the introduction of the Internet and the growth of the Web 1.0 network, the modern era exploded. The Web 1.0 portal allowed users to search and exchange content, but it did not allow them to share it over the web. Marketers all around the world were also uncertain about the new platform at the time as the Internet was not as widely used as yet.

The first clickable banner was launched in 1993, and HotWired bought a few banner advertisements for commercial use. This was the start of the transition to the modern marketing age. As a result of this steady transition, emerging innovations entered the digital marketplace in 1994. Yahoo was established in the same year.

After its creator Jerry Yang, Yahoo was dubbed "Jerry's Guide to the World Wide Web" and earned almost 1 million hits in its first year. As a result, the digital media landscape has changed dramatically, with businesses upgrading their websites to achieve better search engine results.

HotBot, LookSmart, and Alexa were among the search engines and software that debuted in 1996. Google was then founded in 1998. MSN search engine was introduced by Microsoft, and Yahoo site search was launched by Yahoo. The Internet bubble exploded two years later, and all of the smaller search engines were either left behind or phased out, leaving more room for the industry's behemoths.

Soon after, people became more active users on the Internet, which led to the birth of social networking sites. The first social networking site to appear was MySpace, which was quickly replaced by Facebook. Many businesses immediately took advantage of the arena of all these new websites that have arisen in order to open up new avenues for marketing their products and brands.

Another significant breakthrough in the digital marketing space was the cookie. Advertisers began to search for new opportunities to profit from this nestling technology. One such strategy was to map regular internet users' surfing behaviors and consumption trends in order to customize advertisements and marketing content to their preferences. The first cookie was created to keep track of user preferences.

This leads us to the formal definition of Digital Marketing is that it encompasses all marketing efforts that use an electronic device or the internet. However, it is a lot more than that now.

Around 30% of all internet users currently use adblockers to hide annoying advertisements from the websites they visit. Out of this, a Deloitte Global survey found that more than 17% of customers aged 18 to 34 block advertising in four or more groups. This means that most advertisements aimed specifically at today's biggest markets, Gen Z and millennials, are likely to go unnoticed.

As a result, both large and small businesses started to understand that their customers no longer desired in-your-face ads but rather genuine, helpful content.

Due to this, the E-A-T (Expertise, Authoritativeness, and Trustworthiness) algorithm update in August of 2018 was released by Google to ensure that content marketing was a top priority for businesses looking to boost their digital marketing activities. This led marketers to define digital marketing as “Content is King.”

However, because the content in the form of writing can be long and take time in people’s now fast-paced lives, audiences, especially the young generation, wanted to consume chunks of content in video format.

It is up to advertisers to ensure that video content is created in a manner that keeps viewers coming back for more. One important way to do this is to ensure that all videos, regardless of which social networking site or medium, should have closed captions. More users than ever before are opting to watch videos without sound — in fact, 85% of Facebook videos are now viewed without sound.

The numbers don’t lie, and the current numbers demonstrate how much video is embraced by people all over the world.

The success of video has skyrocketed in recent years. While the first name that comes to mind when we think of a search engine is Google, when you narrow things down to video searches, Youtube is considered the most popular video-sharing site.

YouTube now hosts more than 250 million hours of content a day, making it the currently preferred format for younger Americans. Since 2015, the next generation of teen and tween users has doubled the amount of time they spend viewing streaming videos every day, according to a study commissioned by the charity Common Sense Media.

Therefore, big brands and companies also now have their own YouTube channels where they advertise their enterprises, products, and services around the world. Video SEO is now critical when it comes to the evolution of digital marketing along with search engine optimization. Videos need to be refined to ensure that it is indexed and appears at the top of search engine results.

In today's world, smartphones have become the most used devices wherein traffic from cell phone usage outnumbered desktop traffic for web browsing and social media use. More than two-thirds of mobile users (68%) claim they check their phone within 15 minutes of waking up, and 30% say they get "anxious" if they don't have their phone with them. Moreover, 87% of millennials constantly carry their mobiles on them at all times of the day.

According to Google, video viewing accounted for over 30% of overall internet traffic, with 55 percent of users engaging in multiple smartphone video sessions a day. This contributes to the fact that people find watching video content via their phone much more accessible and less intrusive.

Explainer Videos Are a New Trend

From the traditional flashy advertising methods, a new, now more common marketing method for a variety of businesses is having influencers who like to do reviews, show an unboxing, or just a general explainer video from the company itself. The last has been a great way to educate audiences about a product while still promoting it in an unpretentious and entertaining way. This has helped and been advantageous with brand visibility, increased ROI, boosted revenue, improved SEO, and more.

However, despite the undeniable trend, Movavi studied its users and found out that 63.5% don't have any experience in video editing. Therefore, it is important that marketers learn this skill.

According to the latest numbers, smart digital marketers are investing in video ads to get people to click on their websites from search results.

Creating videos for a website's homepage, regardless if it is about the team, the work environment, or a rundown on the goods and services the company offers, is essential and will aid in generating leads. A survey found that the average internet user spends 88% more time on a website containing video — a figure that no marketer can afford to overlook.

Furthermore, short, snappy videos on social media will aid in the development of a positive bond with your audience and, as a result, improve audience interaction. This can be anything from amusing behind-the-scenes glimpses at the office, video answers to frequently asked questions, customer tutorials, or product overviews. It is important to give your audience content with meaning while grabbing their attention.

The digital market is in a state of flux all of the time. That’s why a digital marketer must figure out how to keep up with the changes. They must be able to spot evolving developments and advancements of digital marketing and Search Engine Algorithms. After all, in this race, no one can afford to fall behind.