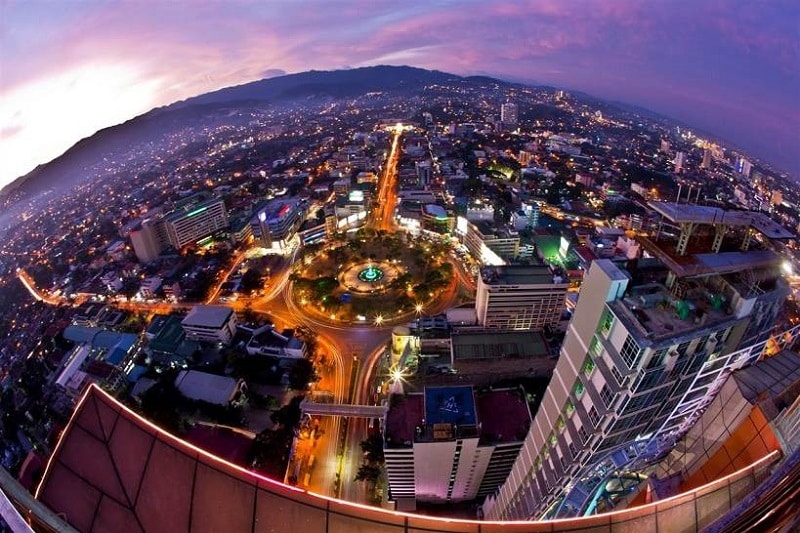 The Cebu city in the Central Visayas Region of the Philippines is a popular tourist destination for a number of convincing reasons. As the country's oldest city and the first Spanish settlement, it has a notable history and heritage; as a highly urbanized city, it is considered as 'the Second capital of the Philippines"; as the place of origin for Christianity in the East, it is deeply religious; and as a beautifully modernized city on the island of Cebu, it is home to a number of natural attractions including beaches, waterfalls, gardens, national parks, etc. So, to assist you in shortlisting the tourist spots before you book the cheap flights to Cebu City with iEagle, we have picked up the top five sightseeing places in Cebu city.

Situatedat an altitude of 110 meters above the sea level in the Beverly Hills suburbs in Lahug, Taoist Temple is the hallmark of Taoism religion constructed with the motive of spreading the teachings of the ancient Chinese philosopher, Lao Zi. Although it is meant for the practice of religion, the architecture, multi-colored look, carved dragons and the grand view of the island from the viewing deck increased tourists’ rush here and now it is the best sightseeing place in Cebu city. The temple also preserves the artifacts related to their religion. If you happen to be here on Wednesday and Sunday and believe in palm reading, go to the monks at the temple who expertise in fortune-telling.

Tops Lookout is the top most sightseeing place in Cebu city that offers a 360-degree view of the entire city. Located on the Mount Busay, Tops Lookout is a popular vantage point at a height of 600 metersabove the sea level. The stunning vistas of snaky waterfalls amid greenery, the gorgeous Mactan Bridge and the compacted city buildings against the vast blue skyline are worth capturing in your cameras. Many people reach this popular tourist spot at dusk, eager to behold the orange-red sun rays that slowly slip down the horizon and the ensuing glow of the city with every inch sparklingwith lights against the dark night. The amenities in the park include cafes and picnic areas,allowing tourists to unwind a little longer!

Formerly an ancestral and private home of the Gorordos family,the Casa Gorordo Museum is turned into a public museum in the 19th century after renovation.A visit to this sightseeing place in Cebu city is an educational tour revolving around the history and heritage of the Philippines. Situated in Barangay Parian in the Cebu City, this museum is a two-story wood-and-stone construction typical during the Spanish colonial period.It displays antique furniture, Philippine hardwood paintings, period costumes, religious images, wood carvings, decorative art, agricultural and household implements of the 18th and 19th centuries. The souvenirs and items from different parts of the Philippines can be found in the Casa Gorordo Museum Shop. There's also a gallery for contemporary art on the ground floor and a museum café with provisions of food inspired by local flavors.

The thrill of experiencing the likes of a popular placein afar-away different country is almost overwhelming! Come to Sirao Flower Garden, ‘The Little Amsterdam of Cebu’ and you'll admit it. The farm is located in an elevated spot in Busay and covers an area of 8,000 sq m on uphill land.The wide and colorful expanse of red, purple, yellow and orange celosia flowers (locally known as Burlas)and sunflowers, chrysanthemum, daisies make this flower farm one of the best sightseeing places in Cebu city.Visit this place in October when the celosia flowers fully bloom and the sight of these happy flowers fills your heart. The arranged windmill and fountains complement the weather and the beauty of the place!

Let’s move on to 'The TajMahal of Cebu' and its romantic history. Constructed by Teodorico Soriano Adarna in 2012, Temple of Leah stands as a symbol of his undying love for his late wife Leah Villa Adarna. The magnificent design of the temple inspired by Greek and Roman architectures, the regal staircase, the statues of two giant golden lions and the 24 chambers of the temple including a museum, an art gallery and a library which treasure the memorabilia of Leah Adarna, the 9 foot bronze statue of Leah and most importantly the scenic surroundings of the temple in the green hills of Busay attracted tourists from all over the world and the temple has become one of the popular sightseeing places in Cebu city within no time!

Does Qatar Airways fly to Canada?...

Things That Make You Love and Hate Driving Tes...

Most radiant untamed Wildlife Sanctuaries in I...