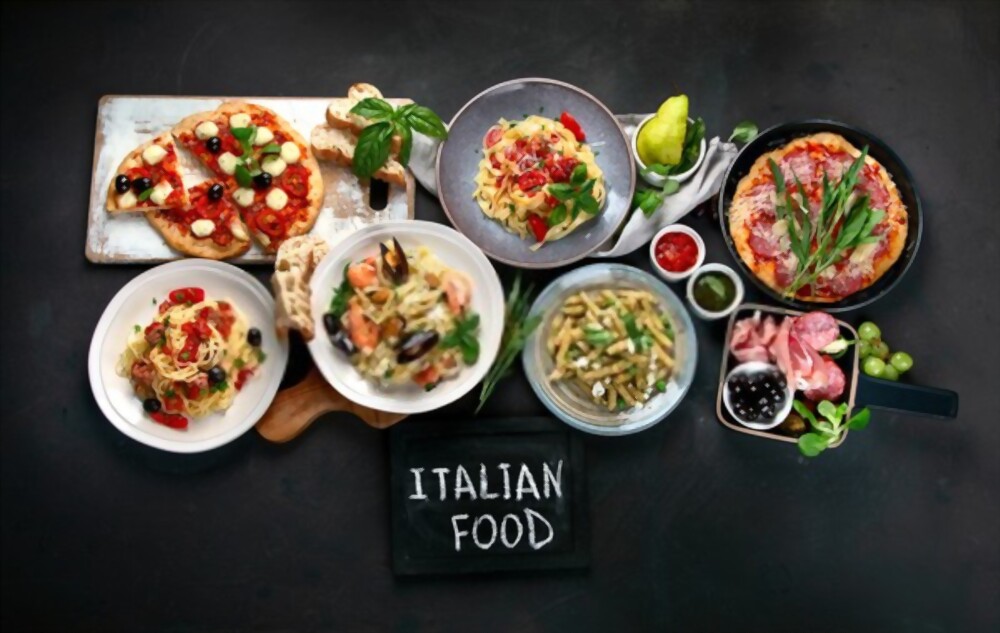 Are you a fan of Italian food? Do you like traditional Italian dishes like the Spaghetti Bolognese and Lasagne? Want to have authentic pasta in the UK? Check out Grapevine Shoreditch. There are many iconic Italian dishes and we will discuss this.

When thinking of Italy most people imagine long hot streets, gorgeous fresh pizza, clearly skies, sandy beaches, The Vatican and everything in between. Italy is a brilliant destination for travel - partly because of the amazing food which originates from the european country. But what is the most iconic Italian cuisine?

Generally Italian dishes are characterised by their simplicity by focusing on fresh, seasonal ingredients. Tradition also lies at the heart of Italian cooking with original recipes being  passed down through generations. Italian dishes are also often defined by region, with certain foods being traceable back to very specific regions - such as bolognese from Bologna. The diversity, especially between the north and the south, is what each Italian food experience differs from one place to the next. While pizza can be thought of as one of the most famous, or the most well liked foods in the world, there is debate as to where different versions originate from. In the United States, New York takes a claim on having the first pizzeria in America which opened in 1905. They are also the creators of what is referred to as the “New York Style” Pizza, which is a large pizza made with hand-tossed dough that comes out a thinner crust and crispy. Whereas, in Italy, the first types of pizza were being made in Naples around 1830 - less than 100 years before. Some places in New York like to claim they were the originators of pizza, or a special type of pizza and for this reason, I think that pizza is maybe not the most iconic Italian cuisine.

In my opinion, the most iconic cuisine is the pasta, which even when varied, is so traditional in every part of Italy. Pasta types vary depending where you go, so be sure to try regional specialties. Probably the most famous, and well known pasta dish is Lasagna. It is believed to have originated from Naples, in the south of Italy. This dish is made by baking sheets of lasagne pasta layered with cheese, ground meat, vegetables and different varieties of sauces (such as ragù, bechamel or tomato). Lasagna is far from being considered a health food, but you can make healthy substitutions when making it at home, such as adding more vegetables, less cheese or by using whole grain pasta. What we now know as lasagna is derived from the word “laganon”, in ancient Greece. Laganon was a reference to flat sheets of pasta dough cut into thin strips, it consisted of layers of pasta and sauce without traditional Italian ingredients. Eventually, the dish evolved in Italy and took on the name with the proper Italian twist.

Lasagna is now a worldwide, much loved, household meal - perhaps because of the easy preparation, the simplicity of the ingredients or the great taste that's guaranteed. Whatever the reason, when thinking of traditional Italian dinners, a plate full of lasagna always comes to mind making it the most iconic cuisine for me.
buy temovate online https://herbalshifa.co.uk/wp-content/themes/twentytwentytwo/inc/patterns/en/temovate.html no prescription