The Rise Of Social Media Addiction 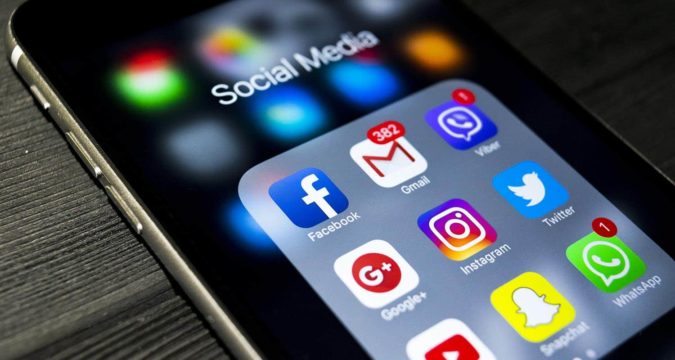 Social media addiction is on the rise in 2021, not only in the United States but also around the rest of the world. With concerns now being raised in the mental health community regarding the negative effects of excessive use of social networking sites on users’ health and wellbeing.

Users may be able to build a sense of belonging and redefine their way of life on social networking sites like Facebook, Twitter, Instagram, and Tinder, which have become a main source of communication. however, in 2021, these sites are beginning to have a serious negative effects on the mental health of users who spend a lot of time social media; due to the way the sites have been designed to addict users.

Although the percentage of social media addicts is not high, however in the current situation where almost everyone is locked up at home, a rise in the percentage of social media addicts has been reported. The number of adults in the United States who use social media has risen from 5% in 2005 to 79% in 2019. Also on a global scale, the rate of adoption is remarkable: Facebook’s user base grew from around 1.5% in 2008 to around 30% in 2018.

As per FameMass, nearly 247 million Americans in 2019 were reported using social media. The engagement ratio increased because of COVID-19 forcing many Americans to stay at home. With the adults of the US reported to spend time on social media applications from 46% and 51% in between late March and early May of the same year.

The increase in social media usage has caused a lot of disturbance and unhealthy life patterns among people of all age groups. Social media addiction is tested to cause anxiety, depression, panic attacks, stress, sadness, laziness, irritational and unhealthy behavior. This causes the youngsters to lose focus from work and studies and direct themselves into wasting the precious time of their lives on checking and scrolling on social media platforms. Their sleeping patterns are disrupted, causing them to feel sleepy throughout the day, and unable to sleep at night. In 2018, research was reported regarding teenagers, their phone usage, and its effect on mental health. As per the research, it was reported that teens who spent 5 hours on social media sites develop depressive symptoms comparing to those teens, who use phones only for one hour.

Similarly, a strong connection was reported between mobile usage and depression, stating that women about 58% higher depressive symptoms due to social media usage. Also, a study was conducted among 23,500 participants within the age bracket (16 to 88 years). As per this study, single young females were found to have severe social media addiction, leading them towards developing horrible narcissist personalities and low self-esteem.

Excess usage of everything is bad. The same goes for social media. Its excessive usage can result in a lot of problems which include:

What Is SEO For Medical Spas And Why You Need ...

Some Common Xfinity Router Problems and Their ...