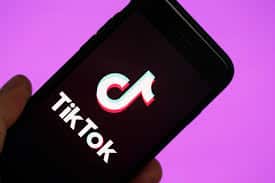 The most searched keyword on Google in India from the past few days is, ‘is TikTok banned in India’, TikTok ban in India’ and ‘why TikTok is banned in India’. Well, this is big news coming from the tech industry where Google followed the instructions of Madras High Court and banned the famous video sharing app ‘TikTok’ from its Play Store on 16th of April 2019, as a result, the app was banished from the Play Store. If looking for mobile app development services then the person should be careful about the mistakes that can lead to app ban.

App ban is not a new thing happening in the tech industry. There are many apps that have been banned in OS so far. From the total available more than 2.6 million apps on Google Play Store, there are many that have faced a ban. As per the revised guidelines of the Google Play Store in December 2014, it has the right to ban an app any time. Pre-approval is not the only thing that may guarantee app sustainability in Play Store but it can be scanned anytime and if found inappropriate as per the guidelines the app can be suspended too.

TikTok is a media app which focuses on creating and sharing short videos founded in the year 2016. The app is owned by a Chinese company ByteDance. The app was formed with the name Douyin in China and was launched one year later overseas with the name TikTok. There are 150 markets and 75 languages in which the app is available. On August 2nd, 2018 it merged with musical.ly another popular social media platform that focuses on US teens. During the first half of 2018, TikTok was downloaded 104 million times in Apple Play Store. According to the data released by App Brain TikTok is the world’s 5th most downloaded app in the world. Data itself reveals the popularity of the app where it is preceded by apps like Google, Maps, YouTube and Samsung Email. India has a large user base of TikTok.

The first country to ban TikTok app was Indonesia. It was banned in the country amid public concern about the legal contents like blasphemy and pornography. However, after a week the app ban was lifted with several changes and modifications.

TikTok has become the talk of the town nowadays. This very famous video sharing platform that lets the user share 6 to 15 seconds video was banned in India after facing legal issues in April 2019. As per the court’s statement, the app encouraged pornography and made child users vulnerable to sexual predators. Ban of such a big app in one of its key markets has let the investors in doubt.

Whether an investor or a mobile app development services provider, it is very important to learn about the mistakes that can lead to app ban.

Putting User Reviews in Description: Putting any type of user review in description no matter what ratings are posted; can lead to app ban by OS.

Using Other Apps Name: In any case or for any reference one cannot use the name of another app in their app.

Posting App Link on Other App Reviews: This is a total spamming. Assure that the app development team is not doing such kind of app that can result in app ban.

Offering Incentive to User for Review: Tempting the user with a gift or reward coupon for writing review can result in app ban.

Not Marking Close Buttons on Ads: If the app does not mark the ad button clearly then it is like dishonoring Google Play norms.

Generating Premium SMS: In any case, one cannot generate premium SMS for the App.

Using Unrelated Keyword in Description: It is a myth that keyword stuffing can improve the search result of the app. The worst part is excessive and unrelated keywords in the description can also lead to app ban.

Placing Ad in Notification: Advertisement is definitely the source of revenue but placing it unnecessarily anywhere can lead to app ban at leading OS.

TikTok ban in India came as big news for techies. The app may focus entertainment but there are a big designing and development team that looks at every fine nuance of the app. Ban of an app is somewhere failure of the development. A single mistake can result in a big loss. Before one hires mobile app development services provider, ensure that they follow the strict guidelines of the app store for which they are developing and look at every legal aspect while designing, developing and deploying an app.