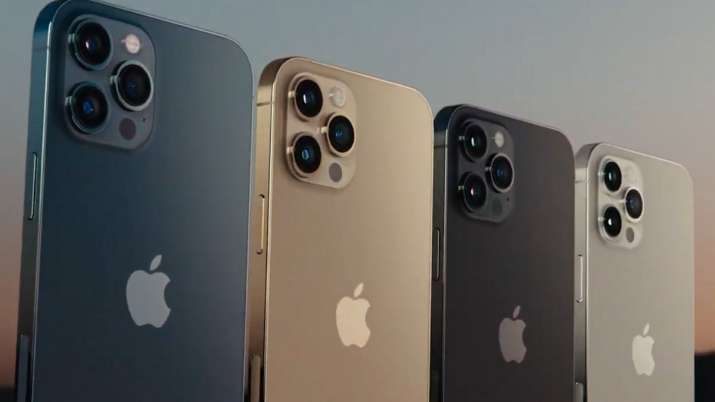 The iPhone 12 leaks continued to circulate after Apple announced its new generation of devices. This time, it's the turn of the iPhone 12 battery and RAM capacity.

Details of the battery and RAM capacity that the iPhone 12 will carry have been revealed through the TENAA certification sheet. The first device, the iPhone 12 mini, is said to carry a 2227 mAh battery.

Furthermore, the certification also contains information about the size of RAM that will be embedded in the iPhone 12. Starting from the iPhone 12 mini and iPhone 12, which both carry a capacity of 4 GB. Meanwhile, the Pro and Pro Max versions each carry 6 GB.

The disclosure of the specifications of the iPhone 12 indirectly reveals a decline from the previous generation. In comparison, the iPhone 11 and iPhone 11 Pro Max have 3,110mAh and 3,969mAh batteries respectively, which are bigger than the iPhone 12.

Get to know the MagSafe Function, a New Feature on The IPhone 12 Series

When the iPhone 12 series was introduced, there was a new feature that had never been present in previous generations of Apple smartphones. When demonstrated at the Apple October Event yesterday, the name of this feature reminds us, especially old MacBook users, of a "luxury" that has been eliminated in the latest MacBook line.

Yes, for those who are familiar, MagSafe - or a feature that was on the MacBook - is now being brought back to life via the iPhone 12 series. MagSafe which is present on the iPhone is not the same technology as that which was launched on Apple laptops in 2006, but the concept is still the same; can charge wirelessly using magnetic power.

A little going back to a few years ago, laptop devices such as the MacBook Air and MacBook Pro used a special port with a copper tip and magnetic assistance. MagSafe itself is the name for the magnetic connector at the end of the Mac device charger accessories, capable of transmitting power from 45 watts to 85 watts for the 15-inch MacBook Pro.

The advantages? With magnets, we can "attach" the end of the connector more easily with one hand. And if the cable is stepped on or pulled out accidentally, the laptop will not fall, aka safe, different from using a port such as USB-C which can pull the laptop from a table or other surface.

But then, this feature is present on the latest MacBook devices. Apple did not explain why MagSafe was removed. It could be, Apple chose a more multifunctional port such as USB-C. not to mention the MagSafe port which tends to be wide, maybe it will not fit properly or take up space for Apple's thin laptops such as the latest MacBook Air.

The iPhone 12 that Apple announced a few weeks ago still leaves euphoria among gadget lovers. Some of them got the chance to try out the iPhone 12 lineup earlier. One of them is the famous gadget YouTuber, Marques Brownlee, who had the opportunity to explore the iPhone 12. "The iPhone 12 looks and feels good to me, very solid, a little heavy actually," is Marques' first impression that he revealed in a video entitled "iPhone 12 Unboxing Experience + MagSafe Demo "which aired on his YouTube channel. Marques admitted that he was very interested in the new design that Apple was carrying. He calls the iPhone 12 similar to the iPad Pro or iPhone 4 or iPhone 5. The iPhone 12 body, which is square in shape instead of rounded, is called Marques, which is more comfortable to hold. However, he regrets that Apple still uses the Lightning port instead of USB-C.

"It looks like they would be better off using USB-C, but as you know, it looks like that is not possible," he said. Apart from the iPhone 12, Marques also reviewed the iPhone 12 Pro unit. In terms of the body, one of the differences is on the side of the frame or casing frame. The iPhone 12 Pro has a frame made of stainless steel, while the iPhone 12 has a matte aluminum frame. "But I prefer aluminum," said Marques. According to him, the fingerprint scanner panel used on stainless material is not very unsightly. To note, the iPhone 12 fingerprint scanner panel is located on the side. In the uploaded video, Marques also tries out MagSafe, Apple's new wireless charger that has 15 watts of power. As previously reported, Apple did not include a charger in the iPhone 12 purchase box on the grounds that it is more "environmentally friendly". Users are welcome to use a previously owned iPhone charger or purchase a USB charger separately. You can also buy MagSafe for 39 US dollars or bundle with Leather Wallet with MagSafe for 59 US dollars. That is if you have more budget.

One of the things that Marques criticized was that Apple only included a cellphone unit, guidebooks, Apple stickers, and a USB C to lightning cable converter. Meanwhile, Apple has included a charger head with a USB A port. "So most likely iPhone 12 buyers only have a USB A charger head and have to buy a USB C charger head that Apple sells," said Marques.

Bohn also criticized Apple for maintaining the notch or long bar above the screen. Bohn might have been disappointed even longer if the recent rumors turned out to be true. A patent indicates that the big notch on the iPhone won't go away until the iPhone 14 or about two years from now.

He still praised the capable performance of Face ID, even being able to scan faces wearing masks. Like Marques, Bohn also appreciated the design of the iPhone 12 which he called a "modern throwback". Only what he regrets is the absence of a 120 Hz refresh rate. The iPhone 12 screen has a refresh rate of only 60 Hz. "Scrolling the screen will be better at high refresh rates. iPhone 12 can get it without having to have it (120 Hz refresh rate) because to keep the price down and iOS itself already has smooth animation and good screen response, but it's a little weird if it doesn't have that feature. (120Hz refresh rate), "said, Bohn.

The camera sector also received positive ratings. From the experiments, the results of the image have richer colors and details. However, Chris admits that he still prefers the iPhone 11 Pro shots. A striking difference is in shooting during the day. The iPhone 12 Pro camera produces images that are warmer than the iPhone 11 Pro.