Home > Lifestyle > TOP IPL FEMALE ANCHORS OF ALL THE TIME

TOP IPL FEMALE ANCHORS OF ALL THE TIME 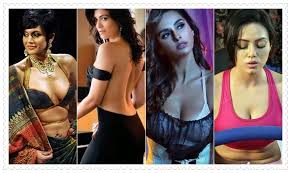 PL (Indian Premier League) has evolved over these years. This can be seen in terms of regulation, rules, safety kits, the color of kinds of stuff, teams, etc. Apart from all this, the audience is more interested in knowing about off-field happenings. The Indian Premier League (IPL) brings a plethora of stars together and provides total entertainment to cricket fans. IPL (Indian Premier League) has also seen beautiful ladies anchoring. These beautiful IPL female anchors have made cricket fans droll over them and keep the audience glued to television sets. So, here bringing you all with the IPL female anchors list:

1.Archana Vijaya- Archana Vijaya was born on 17th November 1982. By profession, she is a model, video jockey, and TV presenter. In the years 2011 and 2012, she was part of IPL.In that season she worked with popular personalities such as Shibani Dandekar, Gaurav Kapoor, Sameer Kochar. Archana also has worked shows like Khatron Ke Khiladi. Her nickname is Archie, Starchie and she is 36 years old. She got married to Dheeraj Puri in 2015.

2.Shibani Dandekar- Shibani Dandekar is an Indian singer,actress,and model.She was born on 27 August 1981. Her career began working in American television. Then she began hosting in India along with singing and modeling as well. In the 2019 ICC cricket world Cup, she was a co-host. Shibani has been in a relationship with the director, producer, actor of Bollywood Farhan Akhtar. In 20011-2015, she hosted the Indian Premier League. In 2018 she got into Ace of Space,2020 hostages,2017 Khataron Ke Khiladi, etc. She is one of the famous IPL female anchors loved by all cricket fans.

3.Isa Guha-Isa was born in a Bengali family in England. She is a cricket host, TV and radio broadcaster, and also the former England cricketer. In 2009 after winning the World Cup her career accelerated. She holds her graduation in Biochemistry and Molecular biology. Then she gained her Mphil in neuroscience. Since the age of eight, she started playing cricket. At the age of 13, she got her selection for the Development England side. Guha also holds a world record with the partnership for the ninth wicket in Women's ODI history. She also writes for the BBC sports website. Being a beautiful lady, she has also made her name entitled in the beautiful IPL female anchor list.

4.Mandira Bedi-Mandira came into the limelight and was recognized as a celebrity after her role in the television serial, Shanti. Shanti was telecasted on India's national channel, Doordarshan. She was born on 15 April 1972. Bedi followed her career in the television industry with serials, films, etc. Some of her popular serials were Aurat, Kyu Ki Saas Bhi Kabhi Bahu Thi. In 2003 and 2007 she hosted the ICC Cricket World Cup and Champions Trophies, respectively. She also fronted cover for IPL (Indian Premier League) season3. Her married life is as interesting as her communication skills. Bedi got married to Raj Kaushal on 14 February 1999. As per the Bollywood industry is concerned, she has been doing several films for instance:

2018-Vodka Diaries and The Tashkent Files

Wish your girlfriend a Happy New Year with the...

Sunglasses to Wear on Mother’s Day...