Travel to Australia - Australian Borders Restrictions: Who Can Travel Now 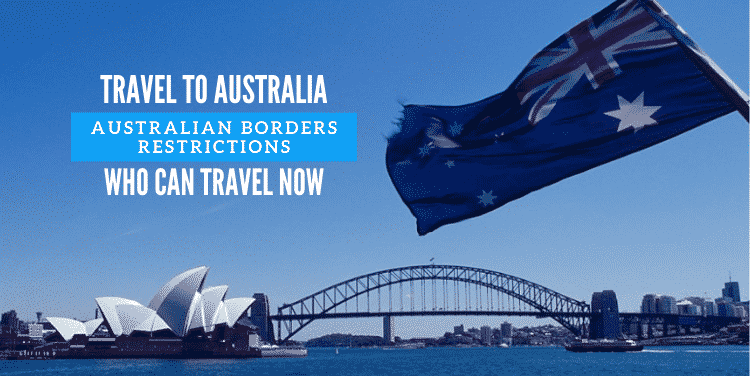 We all know the Australian Borders are currently shut to all but Australian Citizens and Permanent Residents plus-immediate family members.  Apart from this, there are people that have a strong compassionate reason for visiting. They can apply to enter, but will need to gain an exemption to travel.

You are automatically exempt from the travel restrictions and can enter Australia (without obtaining an individual exemption) if you are:

The Commissioner of the Australian Border Force and decision makers may grant you an individual exemption if you are:

You must hold a visa and an exemption to Australia’s travel restrictions before you travel. You can request an exemption online and must provide appropriate evidence to support your claims. Requests may be finalised without further consideration if insufficient evidence is provided. All documents need to be officially translated into English.

What is the case for New Zealanders?

New Zealanders as well as people who have been in New Zealand in a Non Covid Zone for more than 14 days can travel to Australia. They will on arrival not have to Quarantine.

If you are the Spouse of an Australian Citizen or Permanent Resident then you would be able to travel to Australia as long as you quarantine for 14 days in accommodation that will be allocated to you by Australian Authorities in consultation with the Airlines.

To be considered as the Spouse of an Australian Citizen or Permanent resident you would need to be either:

At the moment there is positive news of the Australian and New Zealand Borders opening.

The full opening of the borders is still months away though as the Government is still saying that it will be late in 2021 when they may open.

The prospect of mass Vaccination may offer some hope in this as with Vaccination there may be a way that flights can resume.

Internally the State Governments have now opened up and the Individual States have been allotted their allocations of places for migration.

At the moment the states that have opened are sticking very closely to the Priority Migration Skilled Occupations List.

There will be pressure though to open up later in this year as hopefully things return to normality. This will hopefully lead to the States and the Immigration Department starting to process more visas and also open up more occupations for Migration.

If you are able to Migrate or are looking to Migrate in the future please contact Emigrate to Australia Taylor Hampton Solicitors. Phone 02074275290 and email [email protected]

Can Choosing a Personal Injury Lawyer be Difficult?

What does black seed oil do?

How To Increase Energy During Your Workday

Artist Push: Music Playlist is Necessary to Expand Your Reach