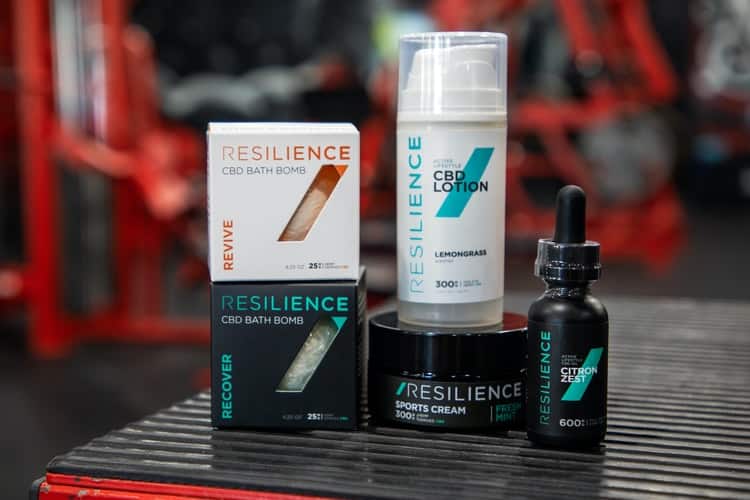 Have you ever just jumped into a swimming pool? Looking at that clear blue water as it is brightly reflecting the sun, stand at the edge long enough, and it can call to you! But if you are like most people, you test the water first. With trepidation (and keeping an eye on your surroundings lest a quick push finds you), you dip a toe into the crystal water, testing its temperature.

Or better yet, and more simply, you cosy up on a chaise lounge chair, and you wait until you have a friend exclaim with confirmation that the water "feels great" and "you should get in"! Word of mouth helps take the fear out of the experience and gives you a better context for decision-making. With the amount of information available at the touch of a keyboard, putting trust in someone else's experience might be what you need to wade into the unknown water.

The term "War on Drugs" from the 1970s and 1980s attempted to put a blanket on the fire of illicit drugs meant increased penalties and zero-tolerance policies that only really resulted in an increase of non-violent incarcerations that ruined lives and tore apart families.

It's important to understand where fear comes from, and the 1100 percent increase in drug-related incarcerations is a small example of how the fear was perpetuated. Civil and Human Rights News says, "The criminalization of drug use in the U.S. has led to tragic consequences and mass incarceration, with a disproportionate impact on lower-income and minority communities" in their report "The 'War on Drugs has failed".

Unfortunately, the trillions of dollars cost Americans more than finances; we lost time. Time to help Americans in emotional, mental, and physical pain. As a society, we went through a bad phase of shoving controversial topics into an "all-defining" category held by an overarching negative label and shutting down reasonable discussions.

With a negative stance on what has deemed just recreational drugs, the ability to discuss the positive effects of cannabidiol (CBD) on mental health issues as well as chronic physical conditions like chronic pain, epilepsy, Crohn's, and Parkinson's disease often fell on deaf ears.

As it stands, 1 in 5 Americans suffer from chronic pain, one of the more common chronic issues found. The CDC's Morbidity and Mortality report tell us, "Chronic pain, one of the most common reasons adults seek medical care (1), has been linked to restrictions in mobility and daily activities (2,3), dependence on opioids (4), anxiety and depression (2), and poor perceived health or reduced quality of life (2,3)." The 'War on Drugs' missed the devastating rise of pharmaceutical addictions and death.

Landmark Recovery report in 2019 tells us, "As prescription drugs began to flood the market in the early 2000′ s, the increased availability led to misuse and abuse of dangerous opioids. Soon the problem would evolve to include illicit drug manufacturers cutting drugs like cocaine and heroin with synthetic opioids like fentanyl in order to maximize profit and increase the addictiveness of their drugs. However, this also leads to a massive increase in overdose deaths, and now fentanyl is currently the most deadly drug in the country."

As the strong supporters of cannabidiol (CBD) continue to push back against the negativity perpetuated with using cannabidiol (CBD) in any use (in a non-threatening, relaxed nature most often associated with regular CBD users), the emerging medical evidence has helped open up the listening audience. An audience that is full of tired, frustrated sufferers of chronic medical conditions and the overwhelming negative side effects as a result of continuous use of pharmaceutical drugs that only help mask underlying conditions.

These side effects can range from minor to life-threatening, as well as compound an already struggling body. There has been a lot of research being done on cannabidiol and how it responds to the body's endocannabinoid system; from Projectcbd.org, "Cannabidiol is a pleiotropic drug in that it produces many effects through multiple molecular pathways".

Over the last decade, there has been quite a bit of change in the legislature regarding marijuana, sparking conversations about the positive effects of cannabidiol (CBD) use, yet it has been met with polarizing opinions. From those who believe cannabidiol (CBD) is a gateway drug to more dangerous, addictive, and illicit drugs to the stereotypical "stoners" whose positive experiences get lost in the label they carry.

But how can one argue with experience? Practical contact or observation cannot be denied in one's personal experience. However, as the conversations open to a wider, less fearful audience, others stand as witnesses who can attest to changes in loved ones' seizures, anxiety, high blood pressure, depression, pain, or insomnia; ultimately regaining a life with a loved one who struggled in their condition.

Yes, cannabidiol (CBD) comes with its own set of warnings, i.e., don't use heavy machinery, operate vehicles, used in conjunction with alcohol or other drugs, but as you listen to testimonials, you'll discover that (unlike pharmaceutical drugs) cannabidiol (CBD) has a wide range of influence. CBD doesn't limit itself to gender, age, or a specific condition. Its availability in various forms (capsules, oils, creams, or edibles) offered from many retailers like Liberty Brand Hemp helps any new beginner slowly make their way through the ocean of options with a bombardment of positive testimonies!

The testimonies from Neurology of Cannabis are remarkable, and if word of mouth is the driving force of change (as well as the best advertisement available), then T.M.'s testimony hits home as it provides the much looked over example of CBD acting NOT as a gateway drug but rather an exit from the onslaught of addictive and harmful opioid-based pharmaceuticals.

When you stand at the edge of a pool, deciding if you are ready to test it out, there can be a multitude of reasons why you don't want to take the risk. However, the word-of-mouth experience might influence you to take that leap. There is no other feeling than that of entering a body of water. It's lingering presence on your skin as you acclimate to the changes you feel naturally. That's how one might describe using cannabidiols.