Cooking oil is a type of fat that is regularly used to fry, roast, and bake food. It may also be used as an ingredient itself — many different types of salad dressings, for example, use olive oil as a base.

Organic oils are derived from a wide range of food sources. The most popular of these is probably olive, with olive oil being a staple in most kitchens. However, coconut oil, peanut oil, sesame oil, sunflower oil, and vegetable oil are also used widely in different parts of the world.

Most oils take the form of a liquid. However, some, including coconut oil, come in solid form. The ‘smoking point’ of solid oils (the point at which the oil begins to burn) tends to be far lower than their liquid counterparts. Peanut oil, for example, has a smoking point of 230℃ while coconut oil begins to cook at 175℃.

I’ve heard oil is bad for me — is that true?

Not at all! While building a diet exclusively around oil would not be recommended by nutritionists, like anything, the food source is perfectly fine when eaten in moderation.

Generally speaking, oils (be they peanut, olive, or anything in between) do not contain protein or carbohydrates. They are also not a good source of vitamins or minerals.

Not all of these fats are bad. While excessive consumption of saturated fat has been linked with an increased risk of high cholesterol and heart disease, monounsaturated and polyunsaturated fats are believed to actually have the opposite effect.

So long as you are getting your daily energy requirements from a wide range of food sources, a splash of oil is perfectly healthy.

Not all oils are created equal, and if you are concerned about either your own health or that of the environment, organic oils may be the answer.

Organic oils are those that are derived from ingredients grown organically. What does that mean? Well, take olive oil as an example.

The base ingredient of olive oil is the olive. Organic olives are grown in cultivated soil, are not treated with any type of chemical herbicide, and are tended to by farmers with a focus on ecological practices.

This benefits the end consumer for several reasons. To begin with, many people believe that organic produce simply tastes better and that the flavours produced are more natural. On top of this, the fact that organic foods are not treated with any artificial preservatives or pesticides is a comfort to many of us who are concerned about the impact of these substances on our health.

Finally, the production of organic oils has far less of a toll on our environment, with sustainability being a major concern for many of us.

Looking to increase the amount of organic food in your diet? Well, the good news is that there are a wide variety of organic oils available.

Peanut oil typically has a neutral flavour (unless made from roasted peanuts, which tend to have a stronger taste). The popularity of peanut oil increased throughout the second World War, due to shortage of other cooking products.

It is full of healthy fats and is an excellent source of vitamin E.

Sesame oil can be used either as a source of fat, or as a flavour enhancer. It is one of the oldest oil products, believed to have first been invented some 5000 years ago. It is used widely throughout Asia and its relatively high smoking point (210℃) makes it a popular choice for recipes that involve frying.

Coconut oil is a little bit of an outsider in this list, being the only oil that is, in fact, a solid. Made from the solid white flesh of the coconut, this product has a wide range of uses outside of cooking.

As an ingredient, coconut oil contains healthy fats and is typically used for baking.

The product many consumers are most familiar with, olive oil is a staple ingredient that can be found in pantries right across the world. It is rich in antioxidants and can be used for all sorts of purposes, including frying, roasting, baking, and more.

Sunflower oil is often touted as a particularly healthy type of fat, as it contains high amounts of unsaturated fats. It is commonly used for frying and is also a main ingredient in other products, such as sunflower butter.

As you can see, there is an extensive variety of organic oils available today, meaning that all consumers have the option to purchase an organic version of their favourite oil. Next time you are at the supermarket or shopping online, consider making the switch to organic — you won’t look back! 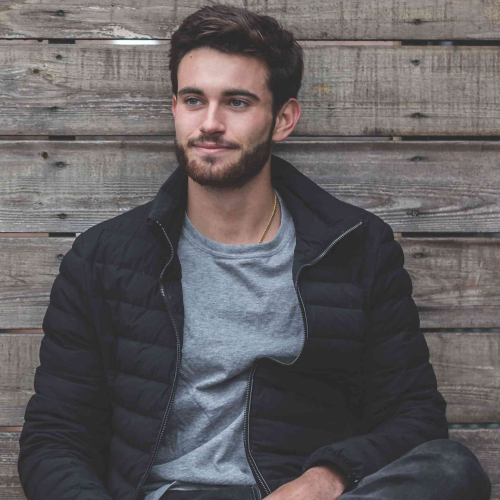