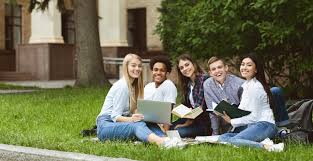 Despite the federal government’s innumerable efforts to promote higher education in the country, the US has not been able to reap the benefits of the enormous spending on education subsidies over the years. The reason being the university grants benefiting colleges more than the actually targeted section, i.e. the students. The more the government gave subsidies to students through student education loans, the more the American educational institutes rose their tuition fees.

Contrary to how US government spent huge amounts on higher education by simply infusing capital into the public education infrastructure, WDSI (World Data Science Initiative) is only funding select institutes for promoting data science research. A USD 300 Million amount is set under the initiative to be allocated to such institutes (public and private schools and universities) to help build a data science talent of 250,000 individuals by 2022.

As per the data collated from the U.S. Department of Education and the U.S. Bureau of Economic Analysis, inflation-adjusted spending by federal government soared by 23% during the period from 2008 to 2016 amounting to $183 billion in the year 2016. That means per student spending in the duration level up by 16% reaching a record high of USD 9,000 per student.

The Pew Analysis of 2013 concluded - capital invested by the government on higher education programs surged to $75.6 billion, while the state spending on higher education amounted to $72.7 billion. These were some record numbers, but all in vain, as there was witnessed a little impact on the skill-improvement of college graduates.

Reasons Behind Ineffectiveness of the US Government’s University Grants

Money spent on higher education by the federal government mostly had gone in the pockets of university administrators, and not to the benefit of students. New administration positions were introduced within the duration that demanded capital investments on their salaries. Besides, the education loan subsides provided to students through federal banks didn’t help either, as the more loans the students got, the more raise in the tuition fees of colleges were announced.

The WDSI subsidies for universities are being provided to select institutes based on the excellence they possess at educating students on data science concepts, and the efforts made by them in the past regarding data science research work. The motto behind the WDSI initiative is to assist global universities and educational institutes in reaching to the global standards of data science education delivery.

WDSI initiative intends to cooperate and work with thousands of universities worldwide to help them get accredited for imparting data science education. Moreover, WDSI, under the initiative, is offering considerably big subsidies on globally-recognized and vendor-neutral data science certifications to universities and schools already teaching data science at their respective facilities.

Setting up Data Science Centers of Excellence within the university campuses is among one of the many goals WDSI hopes to achieve in the process. These will be called International Centers of Data Science that will offer the opportunity to the students to get enroled in advanced programs concerning Data Science, Machine learning, and Artificial Intelligence.

If you are an educational institute imparting data science education located in any part of the world, get yourself registered for the grant and subsidies offered under the said initiative. Fill in the application form on the website, and we will get back to you with some news basis the details in your application.

This could be your chance to become a globally-reputed institute imparting data science education. Not only you can get accredited, but can build a pool of future-ready data science professionals at your institute by receiving huge subsidies on data science certifications for your students.

How to Ace In coding interviews Based On Inter...

Programs Offered at the University of Central ...